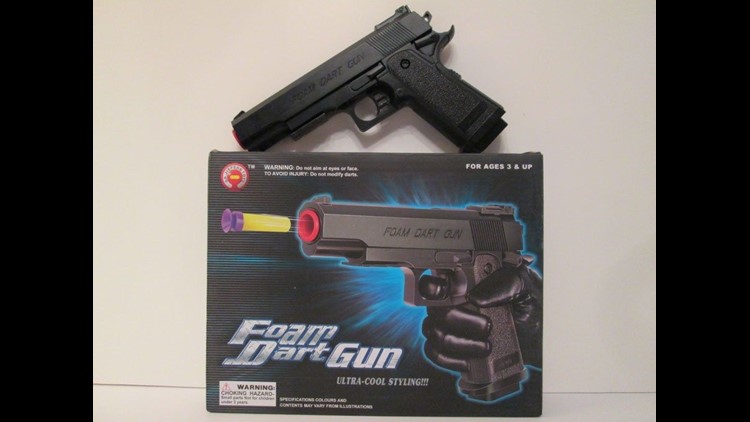 BOSTON (AP) — Dinosaur claws inspired by the movie "Jurassic World" and a quick-folding trampoline are among the items on a consumer watchdog group's annual list of hazardous toys released Wednesday.

The velociraptor claws can cause eye and facial injuries, and the trampoline can lead to injuries, particularly in children, the Massachusetts-based World Against Toys Causing Harm said. The advocacy group each year releases a Top 10 list of the most hazardous toys for Christmas.

WATCH says the toys singled out this year represent common problems and aren't the only potentially dangerous products on the market.

A Play-Doh-like substance that looks like poop also made this year's cut. WATCH says the "Poo-Dough" contains wheat and could cause allergy-related injuries such as hives, headaches and difficulty breathing.

Many of the toys on this year's list can be found at major retailers such as Toys R Us, Wal-Mart and Kmart. They also can be bought from online sites such as Amazon.com and ebay.

WATCH urged parents to be cautious when buying toys online, where nearly 50 percent of purchases are expected to be made this season.

— "Bud" Skipit's Wheely Cute Pull Along. Potential for choking injuries; made by Bunnies By The Bay; $29.99

— Kick Flipper. Potential for head and other bodily injuries; by Playsmart; $19.99.

— Pull Along Zebra: Potential for strangulation and entanglement injuries; by Early Learning Centre; $20.99.