California law prohibits excessive and unjustified increases in prices for essential consumer goods and services during a declared emergency. 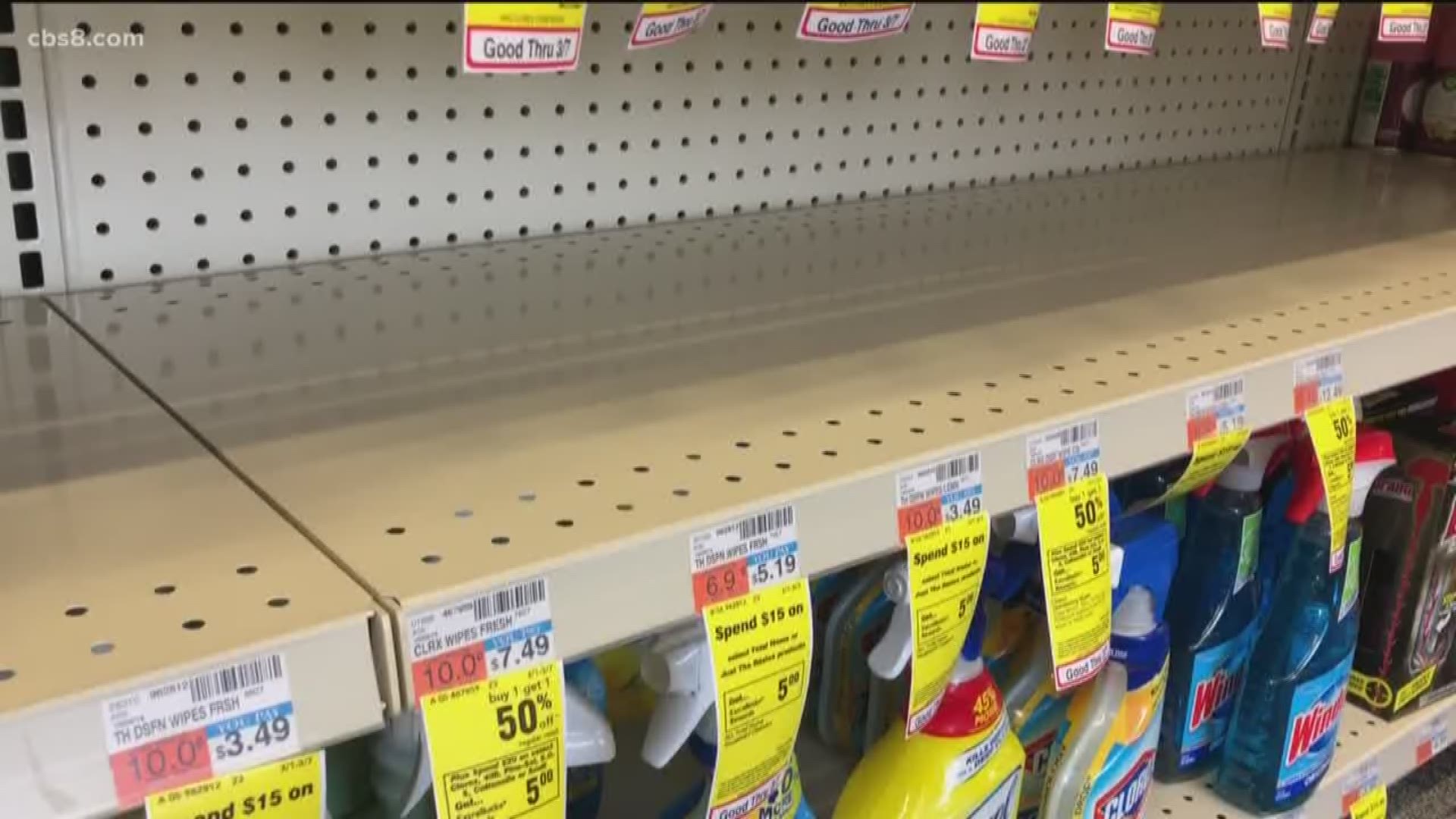 In response to California's state of emergency over the deadly disease, deputies at the Fallbrook Sheriff's Substation on Tuesday monitored peer-to-peer sales websites and internet applications, identifying "a large number" of private parties involved in the crime, Lt. Arnold Aldana said.

The sellers allegedly were offering such hygiene products as masks, gloves, disinfectants and toilet paper for as much as 20 times their ordinary retail price on such websites as Facebook, Craigslist and OfferUp.

Plainclothes deputies spent about eight hours meeting with the suspects across the county -- mostly in public places such as malls and commercial parking lots -- verifying their intention to make the sales and taking them into custody. The detainees were then cited and released on their own recognizance.

California law prohibits excessive and unjustified increases in prices for essential consumer goods and services during a declared emergency. Violations are a misdemeanor punishable by a jail term of up to one year or a fine as high as $10,000, or both.

RELATED: VERIFY: A person can test positive twice for coronavirus