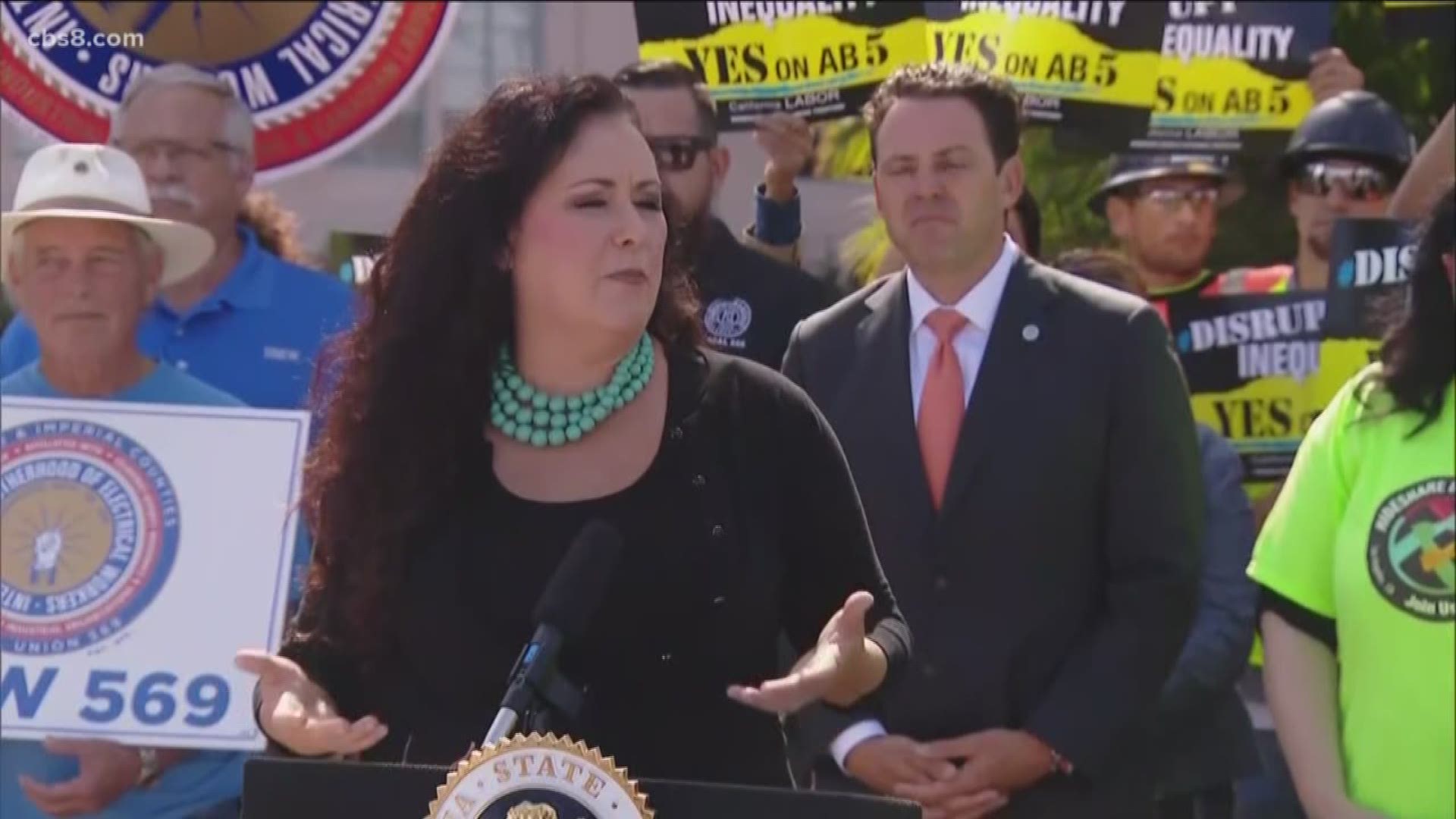 CALIFORNIA, USA — The Coronavirus pandemic is propelling a new effort to stop AB5 - California's groundbreaking labor law meant to protect more than a million freelance and gig economy workers by making them eligible for benefits.

Instead, thousands of them said it put them out of work.

“The decimation has just been epic and now we have this [coronavirus],” said Karen Anderson.

Anderson said coronavirus is adding fuel to the wildfire that has engulfed AB5 since even before it was signed into law. She said thousands of independent contractors were put out of work because of California's gig economy law and are now pleading for a new lifeline amid the coronavirus pandemic.

“Hundreds of professions have been hanging on a thread for months, and now this,” she said.

More than 17,000 people have joined Anderson’s Facebook group Freelancers Against AB5 - claiming the law has stripped them of their freedom, flexibility, and livelihoods. However, efforts to repeal the law have failed.

“Or at the very least repealed and replaced,” she said.

Now, Darrell Issa, Republican candidate for the 50th Congressional District, is trying again by asking Governor Newsom to suspend AB5 on the grounds that freelancers should also be allowed to work.

“Productivity in this economy, if it can be done safely, is a reward to all of us,” Issa said.

Problem is, supporters of AB5 don’t see it that way - including the bills' author, Lorena Gonzalez of San Diego.

“It’s an economic drain on our current society,” said Issa.

Assemblywoman Gonzalez issued a statement about Issa’s request to the governor that said in part:

“It takes a special kind of politician to attempt to take away the new rights of countless workers to paid sick leave, unemployment insurance, and healthcare during a pandemic. That’s what suspending AB5 would actually do.”

“So the bleeding continues,” Anderson said.

Contractors do qualify for the federal stimulus package, but not state unemployment benefits, they said. With job opportunities drying up, they're hoping they might even be able to revive the economy.

“In 2008, when the economy went south, it was the gig economy that helped the overall economy rise from the ashes,” said Anderson.

RELATED: Disney World is furloughing 43,000 more workers due to coronavirus