The co-author of Prop 7 said efforts to end time changes died in committee. 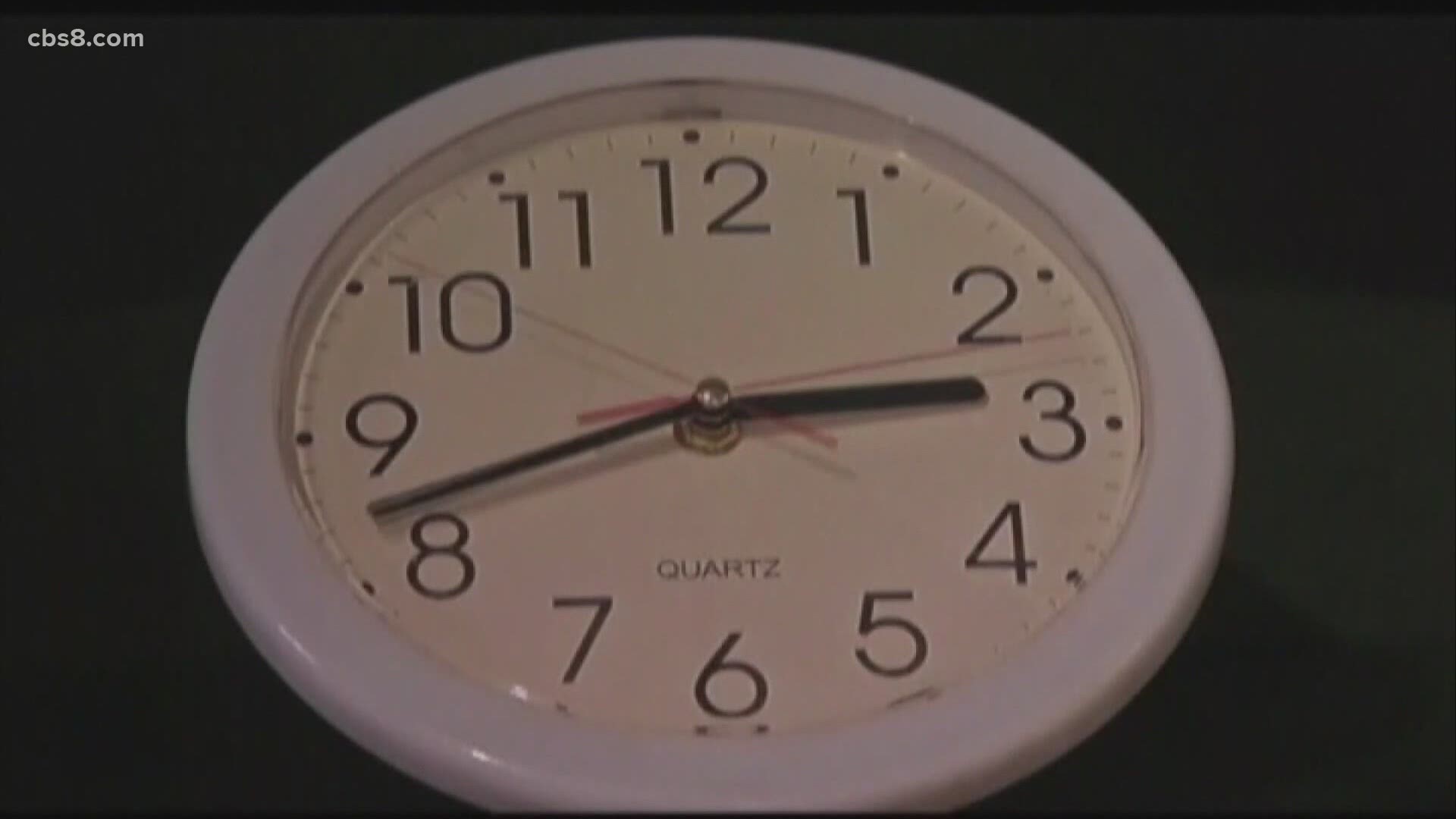 Sheila McCoy emailed News 8 wanting to know what happened after California voters approved Proposition 7 in 2018, and why daylight saving time is still in effect?

“I remember voting that we were not going to fall back to daylight savings, and it passed. I haven't heard anything about it going forward," McCoy said.

Sixty percent of California voters approved Prop 7 to stop the constant clock changing across the state.

In an interview two years ago,  Assemblyman Kansen Chu (D-San Jose) explained why he co-authored the proposition.

“There is some data that shows the heart attack rate increases during the springtime when people lose one hour of sleep,” Chu said in 2018.

But Prop 7 also required a two-thirds vote of the State Senate, which never happened because the federal government failed to give approval for the California time change.

In November 2019, Chu issued a news release promising to continue his efforts to get legislation passed in Washington, DC.

I am committed to ending the harmful practice of switching our clocks twice a year and delivering on the voter’s decision at the ballot box in support of Proposition 7. I share voters’ frustration that we will be shifting back to standard time on Sunday. 1/3 pic.twitter.com/A1dJbORIpR

Just a week before the clocks were set to change again in November 2020, Chu said the effort is dead.

“I share the disappointment with other Californians that we will be switching our clocks once again this November after passing Proposition 7,” Chu said in an October 26 statement.

“Unfortunately, the California State Senate Committee on Energy, Utilities and Communications did not bring AB 7 up for a vote and the bill died. While I will not be coming back as a State Assemblymember next year, I will continue my advocacy at the state and federal level to uphold Californians’ will to get rid of our outdated practice of switching the clock back and forth twice a year. I urge everyone who voted for Prop 7 to reach out to your state and federal representatives and ask them to continue my effort in the upcoming legislative session,” Chu's statement continued.

So, despite the will of the voters, the clocks rolled back on November 1, meaning it will be getting darker each evening.

“It's getting dark at like 5 o’clock, you know, that's kind of like when people get home and walk their dogs. And that extra hour of daylight actually helps,” said McCoy, who is a resident of Encinitas.

On the upside, we'll all be getting an extra hour of sleep or daylight in the morning, depending on how you look at it.