About 100 people attended a vigil outside Santana High School in Santee Friday night to honor the victims and survivors of the deadly 2001 school shooting. 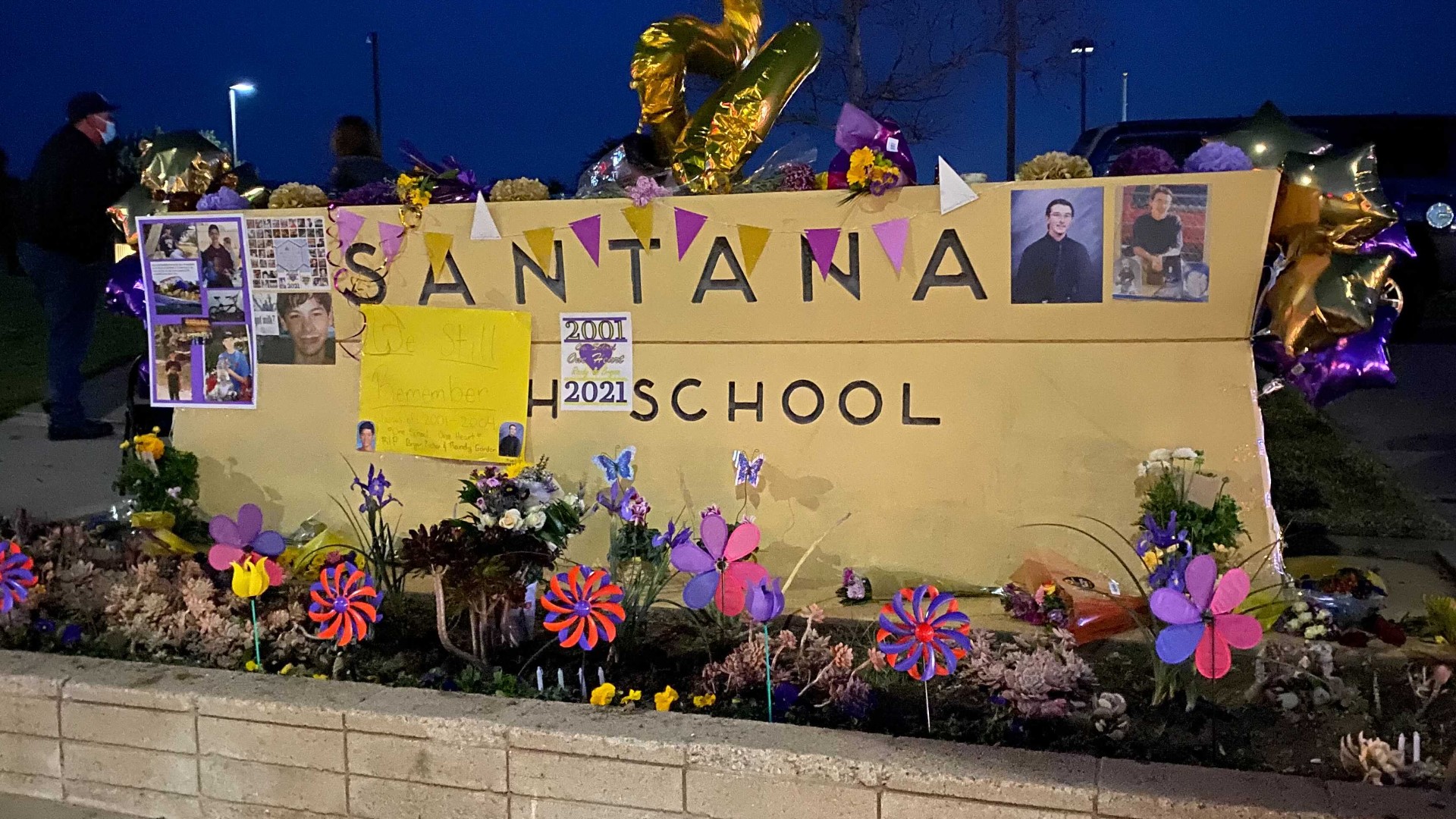 On Friday night, the community of survivors, students, teachers, and parents held a vigil in the victims’ honor. “I've been coming even though I don't want to, but I want to come because we need each other,” said survivor Rachel Maurice.

She was friends with Randy and still carries his loss. “I feel Randy, I feel he is with me all the time,” said Maurice. “For 20 years you try and heal forever but honestly you never heal.”

Security guard Peter Ruiz Jr. was one of the 13 wounded that morning. He’d only been on the job for a few weeks and charged into the bathroom where he thought kids were playing with fireworks.

“It wasn't until I approached it and people running out of there and I actually went inside,” said Ruiz.

When he went into the bathroom the gunman was in a stall reloading his gun and then opened fire on Ruiz. “I was shot three times in the back and one went in and out of my shoulder and one out my side and I still have one more in the small of my back,” said Ruiz.

Now retired San Diego County Sheriff’s deputy Ali Perez was one of eight deputies who agreed not to wait for SWAT to respond. “I knew one of us or all of us were going to get shot but there were kids getting shot and you gotta do what you gotta do,” said Perez.

Deputies were able to restrain the shooter, Charles Andrew Williams, 15. He pleaded guilty and was sentenced to 50 years to life in prison. He will be eligible for parole in 2025.

Since the Santana High shooting, there have been several deadly school shootings. President Biden is working with Congress on a bi-partisan effort towards tougher gun restrictions such as background checks for each firearm purchase.

“The struggle is that they keep getting worse and we keep getting survivors joining our community,” said Maurice. It is a community of survivors that no one should have to join.

“We are not responsible for what happened to us and brought us here but we are responsible each and every one us to take ownership of our healing and we can do that together,” said Maurice.

There is a Sultans Forever Facebook page for survivors.