Detectives investigate 6 missing person cases in and around Idyllwild

The Riverside Sheriff's Department is looking for information in half a dozen mysterious disappearances. 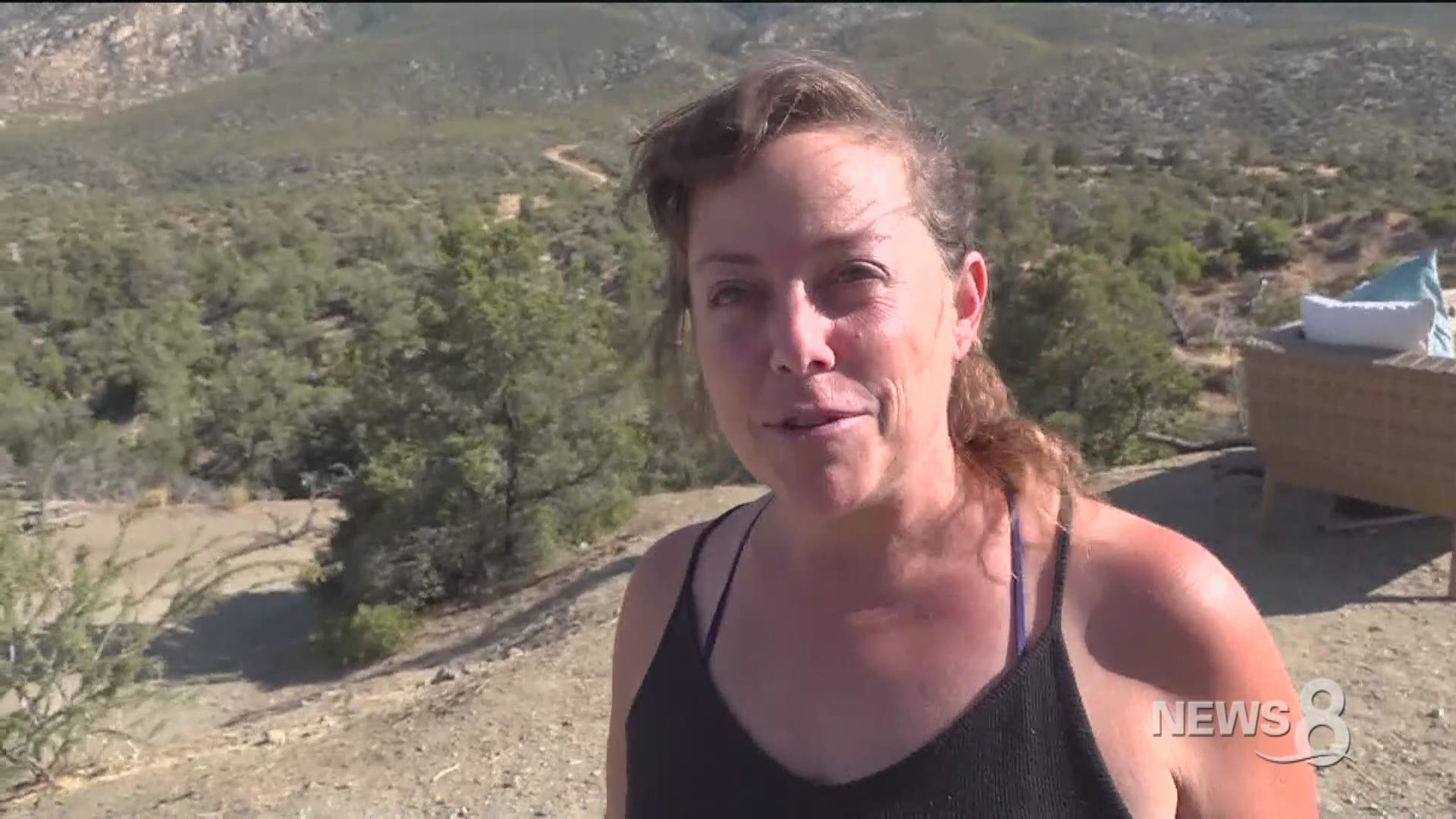 IDYLLWILD-PINE COVE, Calif. — The Riverside Sheriff's Department has confirmed it is investigating the disappearances of six people in and around Idyllwild-Pine Cove.

Editors Note: On Aug 7, the Riverside County Sheriff's Department tweeted out updates that 2 of those reported missing, Venessa Vlasek and Jade Kemerer, have been "located safely and have been removed from the missing persons database."

So far, there is no indication of foul play.  News 8 has learned, some of the missing persons have ties to San Diego.

Missing person flyers were posted this week all over the town of Idyllwild and surrounding communities, from Pine Cove to Mountain Center, even as far away as Anza and Hemet at the bottom of the San Jacinto Mountains in Riverside County.

“It’s just a weird coincidence that there's this many locals missing,” said Gabbi Rose, who works in Pinyon Pines east of Idyllwild.

Rose used to work with Jade Kemerer, the most recent person to disappear.

Editors Note: Riverside County Sheriff's Department tweeted out an update on Aug 7 that Jade Kremer has been located safely.

🚨𝙈𝙀𝘿𝙄𝘼 𝘼𝙇𝙀𝙍𝙏🚨Jade Kemerer (missing from Anza on 8/2) has been located safely & removed from the missing persons database. No further details are available at this time. Thank you to all who assisted in locating her safely.

Kemerer, 30, had been staying on her family's ranch in Anza but headed up to Idyllwild in mid-July, where she checked into the Bluebird Cottage Inn.  She had planned to drive to Ohio.

Her mother picked up Kemerer’s 10-year-old son from the Bluebird Inn on July 22 and the two flew back to Ohio.

Kemerer checked out of the Bluebird, driving a white, four-door Kia Optima. She hasn't been seen or heard from since.

“Jade is not always the most responsible person, but I will tell you she loves her son. I don't think she would have left her son without telling someone that she was leaving,” said Rose.

La Jolla resident Kendra Johnson, 20, has been searching for her father, Roy Prifogle, for the past four months.

“I know that he's probably gone, but I mean we still have some hope,” said Johnson.

Prifogle was last seen on March 4 at the Pine Cove Market, three miles north of Idyllwild. Search teams looked in the area for days, but only found his backpack on a nearby, rugged trail.

“I think maybe he put down his backpack and went back to get water and maybe he lost his footing or something,” Johnson said.

Prifogle, 52, grew up in San Diego and lived in Idyllwild.

Abrams was reported missing from her ranch on June 7, according to a Riverside Sheriff’s spokesperson. Search teams spent two days on the ranch looking for the 66-year-old woman, but she remains missing.

Dia Abrams is the widow of the late Clem Abrams, a successful La Jolla developer, who passed away in 2018.

The mother of Melissa Lane, 41, reported her daughter missing on July 4 north of Pine Cove.

“She hasn't called anybody she knows. She just disappeared,” said her mother, who asked only to be identified by her first name, Kathy.

The mother said Lane exited a relative’s vehicle near the trailhead to Black Mountain Truck Trail, eight miles north of Idyllwild and she was never seen again.

“She hiked all over. She wasn't afraid of anything. She had no fear,” said the mother.

“I think it’s a predator. They could be stealing people for the sex-slave trade or it could be a serial killer,” said Kathy.

Another woman, Vanessa Vlasek, age 27, has been missing since June 21 in the Idyllwild area.

Editors Note: Riverside County Sheriff's Department tweeted out an update on Aug 7 that Venessa Vlasek has been located safely.

🚨𝙈𝙀𝘿𝙄𝘼 𝘼𝙇𝙀𝙍𝙏🚨Venessa Vlasek (missing from Pine Cove on 7/31) has been located safely & removed from the missing persons database. No further details are available at this time. Thank you to all who assisted in locating her safely.

Rosario Garcia, 73, has been missing from nearby Hemet since July 7. She was last seen driving away from her home of 40 years on Katharin Street at 9:30 a.m.

The grandmother suffered from dementia, according to her family.

Her vehicle, a gray Nissan sedan, was found “high centered” and abandoned on a dirt road on Santa Rosa Mountain more than 40 miles away, family members said.

So far, detectives have not released any evidence indicating foul play or that any of the six cases are related.

If you have any information, contact the Riverside County Sheriff’s Department.