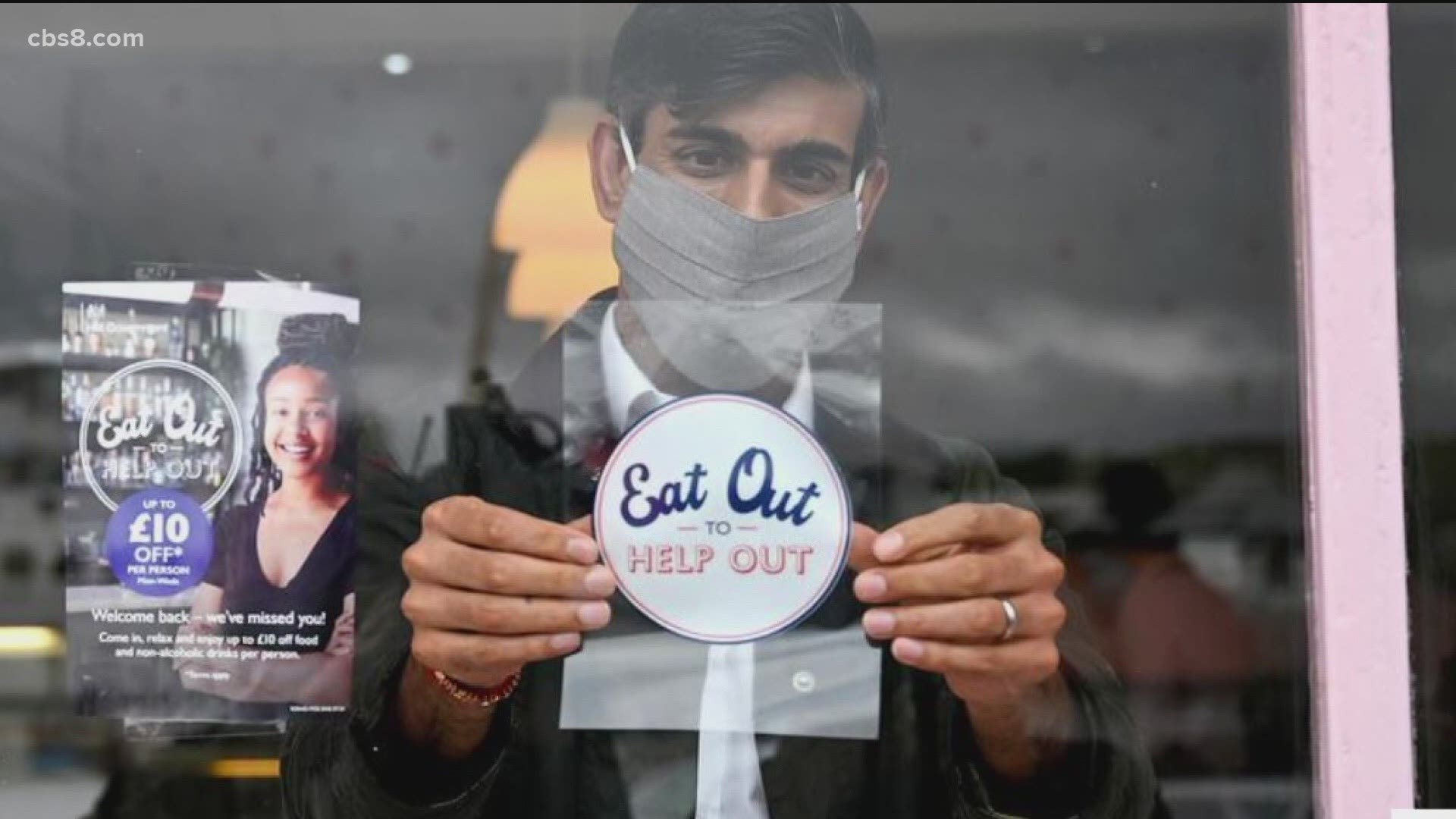 Supervisor Jim Desmond is proposing the Dine-In and Help-Out plan that could give diners a 50% discount on their meals.

Behind what appears to be bustling eateries and booked reservations are restaurant owners who are struggling.

“Some businesses won't recover from what has happened in the last year and it breaks my heart,” said Janis Deady, Oggie’s Del Mar Owner.

The California Restaurant Association (CRA) says most recently the Restaurant Revitalization Fund, which is a federal grant program for restaurants, had enough funding to fund about 100,000 restaurants nationwide. In just a few weeks, the Small Business Administration (SBA) received more than 300,000 applications. The need is still great and will be for a while.

CRA also reports statewide, 30% of restaurants are expected to close for good.

Go out to eat and get 50 percent of the bill comped. Supervisor Jim Desmond is proposing the Dine-In and Help-Out...

According to the San Diego Association of Governments (SANDAG), restaurants were among the hardest hit early in the pandemic during the first week in April 2020, with foot traffic down between 60% and 77%. As of January 2021, with the San Diego region in the purple tier, activity at various businesses remained down, between 26% to 61% percent below the pre-COVID-19 level.

On Monday, the supervisor was surrounded by local restaurant owners including Claudia Ortiz from Lakeside Café;  Michael Mitsoglou, VP of Franchise Operations of The Broken Yolk Café; Mike Morton Jr., President and CEO of The Brigantine, Inc., Archie Sori of CARiN de RiA and Janis Deady of Oggi’s Del Mar.

Desmond proposed an initiative called “Dine-in and Help-Out” which is aimed at drawing diners back to restaurants and boosting sales Monday through Wednesday.

A similar initiative was done in the U.K. The plan discounts up to 50% off a diner's bill or $10 per person and then reimburses the restaurant.

Desmond said the UK reported a 216% increase in bookings as a result of the program and it was so popular they extended the program.

“So if you go out to a restaurant on Monday, Tuesday or Wednesday, a party of five could get up to $50 off their bill,” said Desmond.

The program would be paid for with the $300 million dollars the county received from the federal government for recovery efforts. Desmond is proposing to allocate $50 million from the American Rescue Plan Act (ARPA) for the dine-out program.

The CEO of the Brigantine Inc. said last year he had to furlough all 1,200 employees and this plan will help bring jobs back.

“Getting back to work is the best thing for everybody and every little bit helps,” said Mike Morton Jr., President and CEO of The Brigantine, Inc.

“It is an interesting proposal given many restaurants are saying they cannot hire enough people to meet the current demand, but we will evaluate it when submitted and in the context of our broader ARPA framework.”

The program would last until the $50 million runs out.

The Board of Supervisors will vote on each supervisor’s proposal on how to spend the $300 million in recovery funds at its June 8 board meeting.