If residents have a two-car garage, two cars would need to take up the two spots in the garage before residents can park in the driveway or on the street. 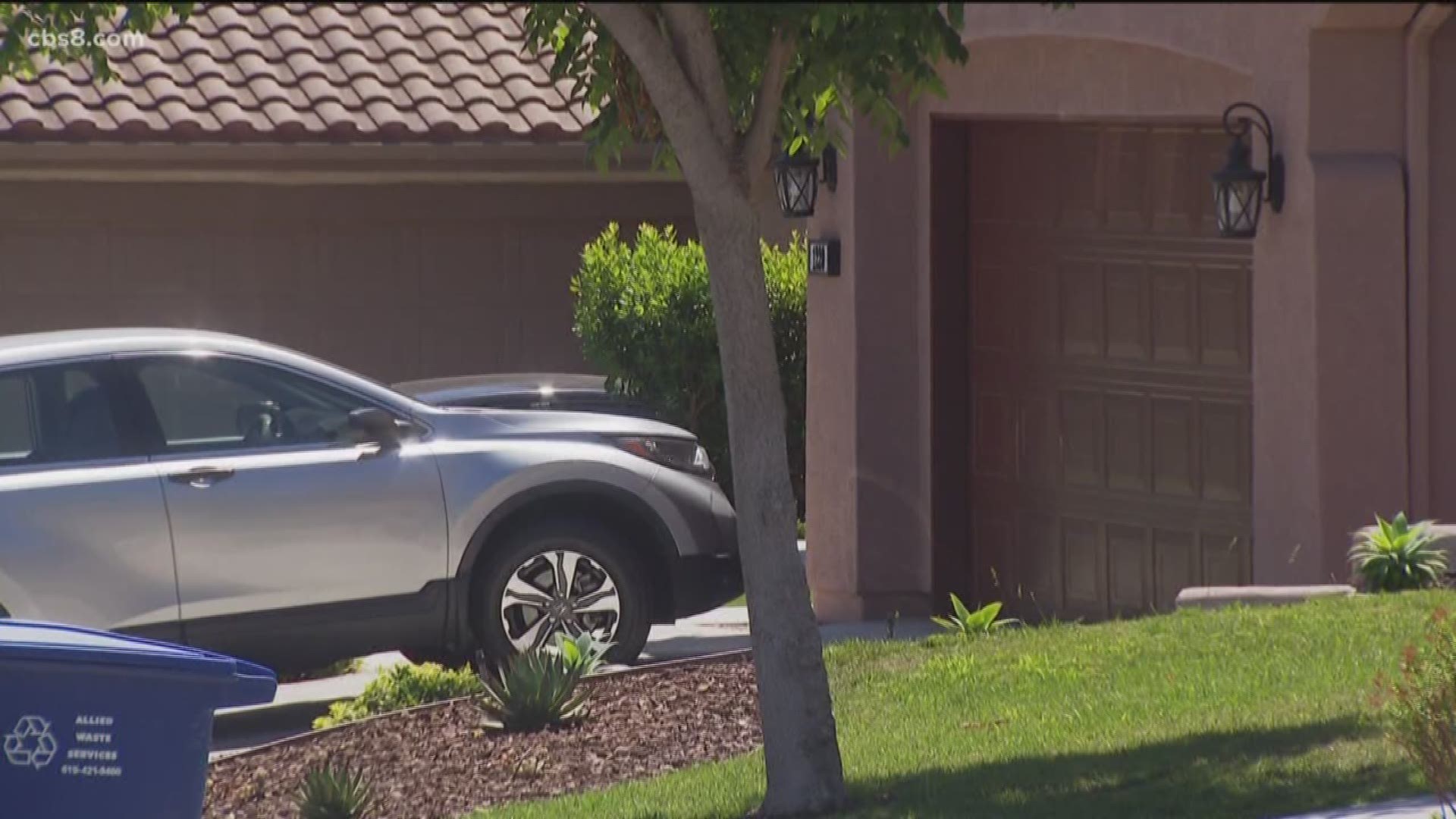 CHULA VISTA, Calif. — “Park in the garage, or else”: That is the message from a homeowner’s association to some Chula Vista residents, but many homeowners in Eastlake Trails are bristling under the restrictions on outdoor parking.

Becky Niemiec has lived in the Eastlake Trails area for seven years. In that time, she said, the HOA rules have always been strict.

Becky claims that she and her neighbors received notices informing them about some upcoming changes. Among them, the re-wording of a rule already on the books but never enforced: Residents are not allowed to park in their driveways or on the street until they have used up the capacity of their garage.

According to the rule, if residents have a two-car garage, two cars would need to take up the two spots in the garage before residents can park in the driveway or on the street.

The problem for many residents is that many of them use the garage for storage.

“I consider everything behind the doors and walls my private business and nobody’s business what I have inside my garage, said Jose Esquer.

Esquer has a three-car garage but owns four cars. He said even if his garage had nothing but vehicles in it, there would still not be enough space.

“If you're a passenger, everyone has to get out before you put the cars in because once inside, there's no room to open all the doors,” he said.

Jose and Becky both point to homeowners who have large trucks that will not fit at all. But perhaps the biggest complaint, the HOA said they can perform garage inspections to ensure compliance.

“Just policing every house to make sure they are following it, that is too much,” said Esquer.

According to residents, the HOA has not explained the reasoning behind the rule or what the repercussions might be.

The HOA rule, however, is a common one nationwide.

A community meeting is planned for Tuesday so residents can voice their concerns.