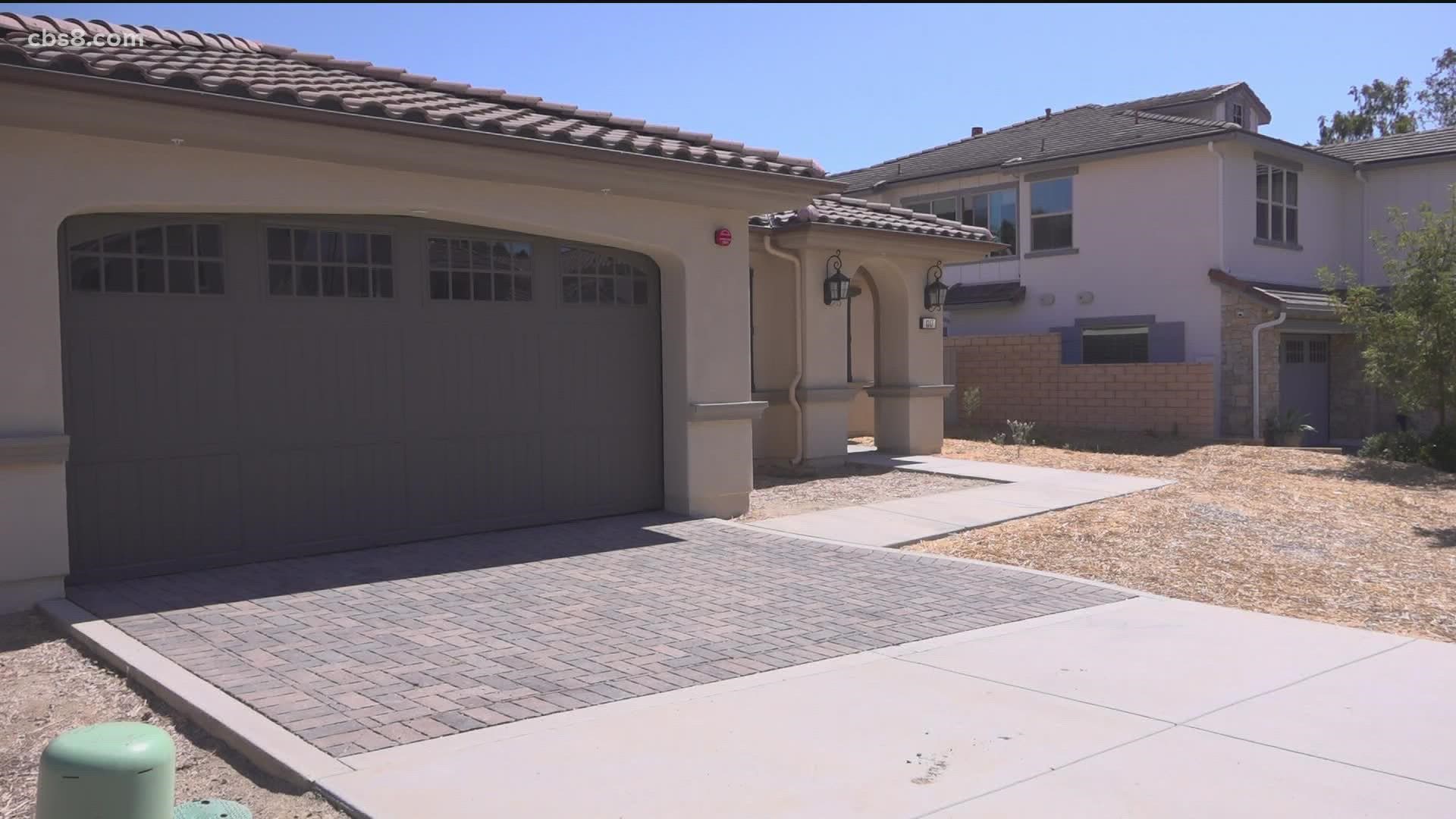 SAN DIEGO COUNTY, Calif. — Residents in Encinitas say properties meant for low-income buyers are instead being sold to developers who are turning them into rental units.

It's an issue some claim that has been going on for years.

"It's just maddening to find out that it really didn't make a difference whether we applied or not," said Leah Sorensen.

Sorensen grew up in Encinitas.

The mom of four wants to continue living here, but the only way she can become a homeowner is by finding a low-income property.

So, when a house inside a new Olivenhain development near Desert Rose Way became available for just under $112,000, she jumped at the opportunity.

"I put all my information there. I'm assuming they ran my credit and that was pretty much it. I never heard back from anybody," she said.

Sorensen was one of more than 80 applicants.

Nearby resident Julie Graboi, who had questioned the development from the beginning due to environmental concerns, put in a public records request to find out who it sold to.

In October 2020, another low-income home located in a Cardiff development was also sold to an investor.

In an email to News 8, a spokesperson with the City of Encinitas wrote:

“State Law requires applicable City ordinances to provide the option for the required onsite affordable unit to be rented or sold. The developer has the option to sell or rent the unit. If they choose to rent the unit, they must do so at the affordable rate. The developer also has the option to sell the unit to a non-income qualified buyer, who would be subject to the same affordability requirements in renting to a qualified low-income household. The developer may also choose to sell the unit to a low-income buyer. In either case, the City approves the sales price and sale of the home.

The City’s role in these transactions is to enforce the affordable restrictions by way of a recorded agreement, as well as perform compliance monitoring annually of each deed restricted property. City staff has worked closely with City legal counsel over the years to ensure that the agreement requirements comply with State Law and City codes.”

Meanwhile, a spokesperson for the investor, Colliers International, told News 8,

“The City of Encinitas requires that the home will be occupied by a family that meets the affordability requirement. The project homebuilder chose not to want to rent and manage the home for the 55-year deed restricted period of time. Instead, they chose to sell the unit to an investor, who will be required to follow the stringent requirements put in place by the City in regards to affordable rental guidelines.”

For Sorensen, who has applied to purchase several low-income homes, the process has been frustrating.

Not only that, she and others believe there's a lack of transparency.

“There definitely is something beyond what I have seen going on with the city and the developer and the investor,” said Sorensen.

“Really, it's about fairness. If we're gonna have a tax-backed benefit for affordable housing, it shouldn't be a millionaire who benefits,” said Graboi.

Currently, there are no low-income homes listed for sale on the City of Encinitas website.