They're grey foxes, which are prominent in San Diego. 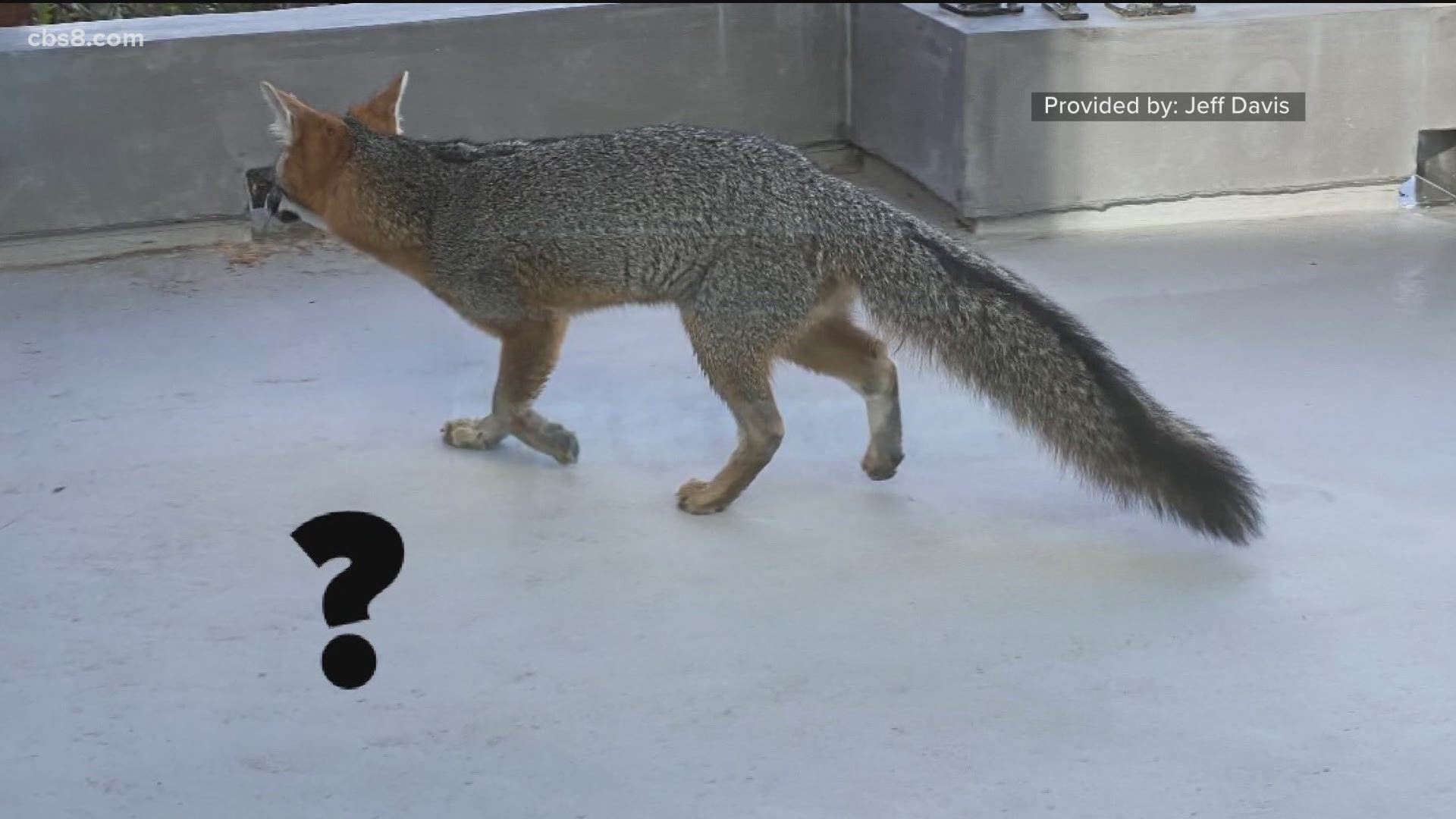 Within the last several weeks, they've been spotted in both locations.

Surveillance video captured at a home on Ashbury Court in South Mission Beach shows what appears to be a fox walking along the fence sniffing around.

The woman who lives there tells News 8 it first showed up Sunday around 8:40 p.m., then returned hours later at 4:30 a.m.

"I was really stoked. It was really interesting to see what we normally don't see in Bird Rock."

He took these photos a fox on his patio, saying:

"It was literally only a couple minutes at most it was there, and then it went over the edge and left."

We shared his photos, as well as the video with Carly Padilla, an education specialist at San Diego Humane Society's Project Wildlife.

She confirmed they're grey foxes, which are prominent in San Diego.

First a baby badger, and then a family of grey foxes. It’s been a busy week for Project Wildlife! Check out this amazing rescue of a family of foxes in Otay Mesa. VIDEO: https://t.co/hwTj7H9rXE pic.twitter.com/NKxi2jNliw

While the sightings may seem rare, she says they're not, especially now because it's baby season, when foxes who are pregnant or planning to be are looking for a place to nest.

“If there's a great food or water source around, then that's gonna be a great place for a mother to make her nest. Some of our species are monogamous and so they sometimes come back to the same spot they had babies last year," Padilla said. "If it was successful for them, they're gonna come back again or it's a new time of year and it’s time to find a new mate as well.”

Padilla says over the next couple of months, expect to see not only foxes, but coyotes, bobcats and mountain lions doing the same.

And don't be surprised if they're at the coast, which is fairly close to open areas they frequent.

"Kate Sessions and Tecolote Canyon….and so what we may think is you know far away for us, it's a hop and a skip and a jump for them so they usually have their pathways they go through," she said.

So what should you do if you see one of these animals?

She also suggests making sure there's no food left outside, whether it’s for your pet or fruit droppings from a tree.

Also, close up any open spaces prime for nesting, and bring your animals in at night.

Finally, appreciate what some people may not get a chance to.

"We wanna enjoy it. It's really something that makes San Diego super special," Padilla said.

"It's really appreciating that we can cohabitate," he said.

Contact Project Wildlife if you see one of these animals and they appear injured or they're not scared of humans, which also may indicate there’s a problem.