California is the state with the highest average cost for regular grade gas at $4.54 according to AAA while Oklahoma is the lowest at $3.00. 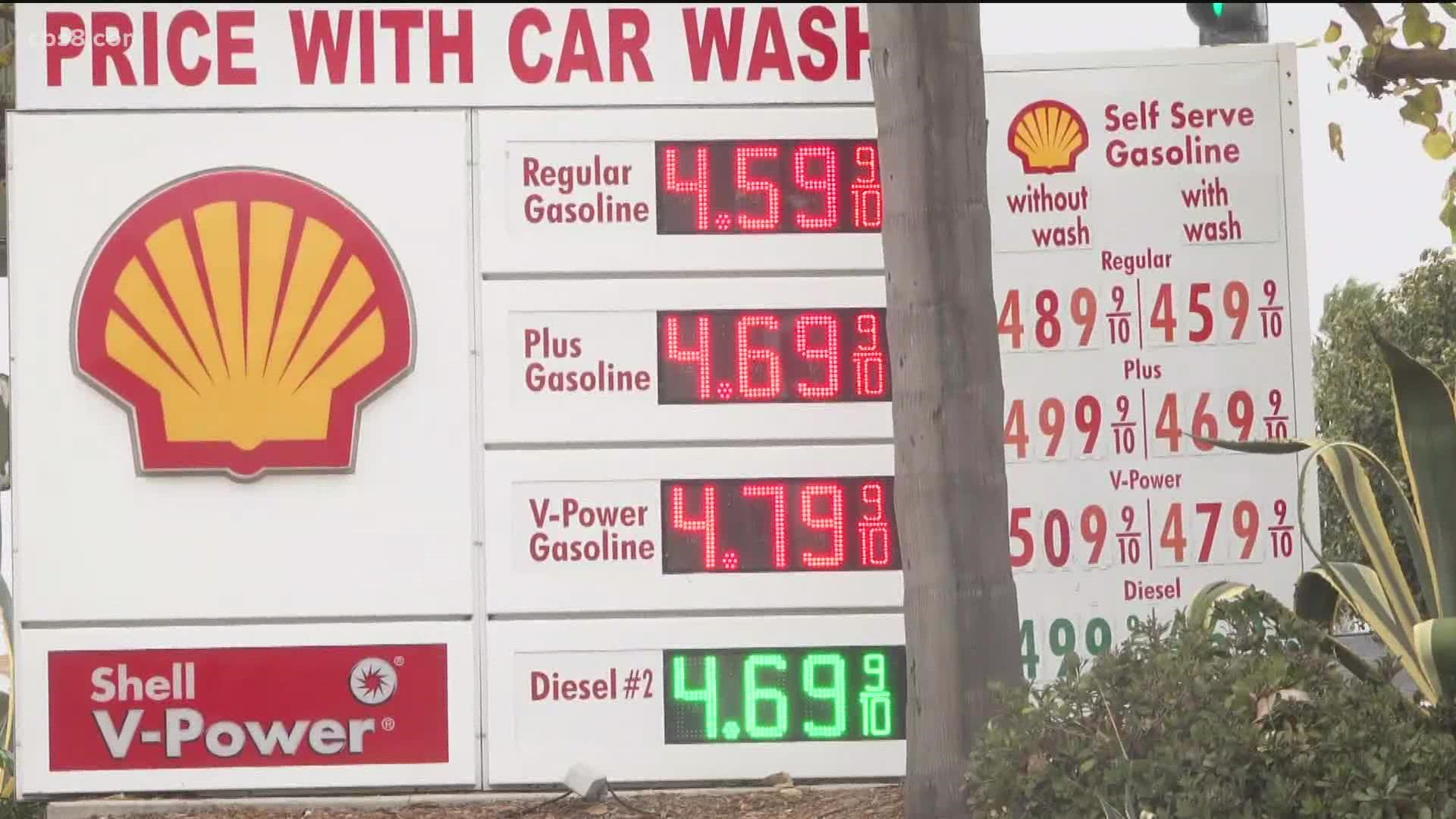 SAN DIEGO — The average price of a gallon of self-serve regular gasoline in San Diego County rose two-tenths of a cent Monday to $4.504, one day after increasing three-tenths of a cent.

”I’m really upset about it," said Anita Flores of Carlsbad as she put half a tank of gas in her car on Monday. "I think they’re outrageous."

The average price has increased 17 consecutive days and 22 of the past 23. It has risen 14.9 cents over the past 23 days to its highest amount since Oct. 19, 2012, according to figures from the AAA and Oil Price Information Service.

The rising gas prices are caused by high crude oil prices. The price of a barrel of West Texas intermediate crude for November delivery on the New York Mercantile Exchange rose six of the past seven trading sessions, including increasing $1.26 Friday to settle at $83.76, its second-highest settlement price of the year, behind only Wednesday's $83.87 settlement price.

The settlement price increased for nine consecutive weeks, the longest streak on record. Figures are available back to April 1983.

The crude oil price has increased 134.03% from its 52-week low of $35.79 on Oct. 30, 2020, because of higher demand following the elimination of coronavirus-related restrictions.

Crude oil costs account for slightly more than half of the pump price, according to the U.S. Energy Information Administration.

Another big reason for the increase experts say is people getting more relaxed with COVID and traveling.

"There are more people on the road. Increased industry, increased demand for product over the last few months it's requiring more transportation needs, which requires more gasoline and diesel but just pushing the demand for fuel products up more than expected," said Jeffrey Spring with the Automobile Club of Southern California.

According to Gas Buddy, the cheapest gas countywide of Monday is in Valley Center.