The owner of Gaslamp Social said Mayor and City of San Diego were unhelpful in preventing closure. 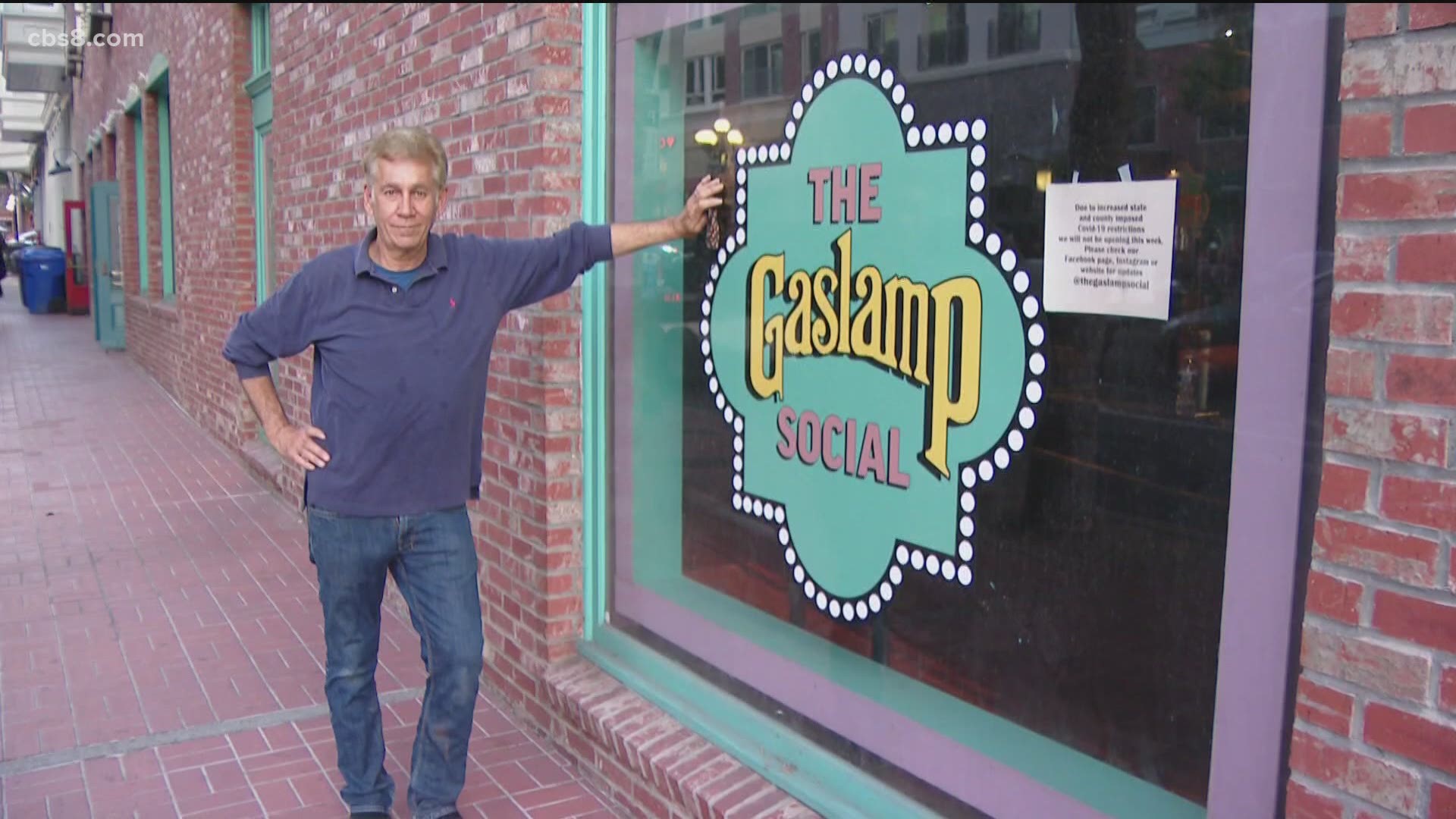 SAN DIEGO — A Gaslamp District restaurant owner was recently evicted after 17 years in business, despite a City of San Diego eviction moratorium. The eviction comes as the landlord is hoping to develop a luxury hotel on the property at 4th and J downtown.

For years, the restaurant and bar operated as Jolt'n Joe's at 379 Fourth Avenue in the Gaslamp District.

“My friend opened this business in 1996.  I bought it from him in 2004. So, I’ve been here a lot of years and now it's over,” said the restaurant owner, Philip Paccione.

“Originally the concept was Chuck E Cheese for adults. We had pool tables and games, and food and beverage, and did a lot of parties,” said Paccione.

In January 2020, Paccione remodeled the establishment with the help of a reality television show, Bar Rescue. The restaurant later reopened with a new name:  The Gaslamp Social.

When the COVID-19 pandemic hit, the restaurant had to shut down.

“I went to the city for help,” said Paccione. “The City of San Diego – if they have an ordinance prohibiting somebody from being evicted – when someone calls up and says, ‘I'm being evicted. Help me.’ They should do something. And they did nothing for me.”

Green, the landlord, filed an eviction complaint in superior court on September 2, while the city's eviction ban was still in full force.

“Judge Frazier from superior court – a landlord friendly judge obviously – went and evicted me in the middle of COVID when I'm two blocks from the Convention Center. My landlord knew I was impacted by COVID 19 severely,” said Paccione.

The lease agreement between the parties included at least six amendments over the years, which contained a confidentiality clause.

The City’s eviction moratorium also required tenants to give written notice to landlords within seven days of being unable to make rent payments due to the COVID pandemic.

It is not clear whether written notice was given, or whether the terms of the lease amendments were fulfilled in this case.

The Robert Green Company plans to tear down or redevelop several buildings at 4th and J to build a brand-new, luxury hotel.

Green spoke about the hotel project last year at a city council meeting where he successfully challenged the historical designation of one of the buildings, the former Gaslamp Strip Club steak house.

“The Robert Green Company seeks to build yet another high-quality project like the one we did across the street at Pendry San Diego,” Green testified before the city council on November 17.

“We want to build a beautiful project that we and everybody in the city are proud of,” Green said.

Construction on Green’s project is set to begin next year, according to his City Council testimony.

On Tuesday, Paccione was finally locked out of his restaurant for good.

“The Sheriff conducted the lockout today, April 20, 2021 at 8:30 this morning. A copy of Jolt’n Joe’s eviction notice is attached. Unfortunately, this tenant has had a long history of non-payment of rent, lease defaults and non-performance of lease obligations. All of these defaults existed long before, and unrelated to, the pandemic. In a 2020 agreement the tenant was required to perform certain obligations before it went into effect, which he did not perform, therefore, the agreement became null and void and the eviction process began.

The judge in this case ruled that the tenant did not perform as required under the lease, granted Judgment in favor of the landlord and ordered possession of the property returned to the landlord. The court ruled that this was a lawful eviction action because the case was already pending when the San Diego ordinance went into effect on February 1, 2021 so the ordinance’s eviction moratorium does not apply to this case.

There have been two distinct moratoriums in place in the City of San Diego. The first ordinance expired on September 30, 2020. The second one, enacted on January 26, 2021, went into effect on February 1, 2021. The court found that the tenant was not protected by either ordinance, therefore the landlord prevailed at trial.”

News 8 reached out to Mayor Todd Gloria's office.  A spokesperson referred us to the City Communications Department, which did not respond to emailed questions about the eviction.

The San Diego City Attorney’s office responded to questions from News 8 to confirm the City’s initial eviction moratorium was in place between March 25, 2020 and September 30, 2020.

“On Jan 26, 2021, the City Council adopted a new emergency ordinance prohibiting evictions on certain small businesses under certain circumstances,” a City Attorney spokesperson wrote in an email to News 8.

RELATED: Millions set aside for rent relief in county but some landlords didn’t take it