Cell phone video shows maskless partiers in the water, on boats, and sharing drinks - everything health officials warned against ahead of Labor Day. 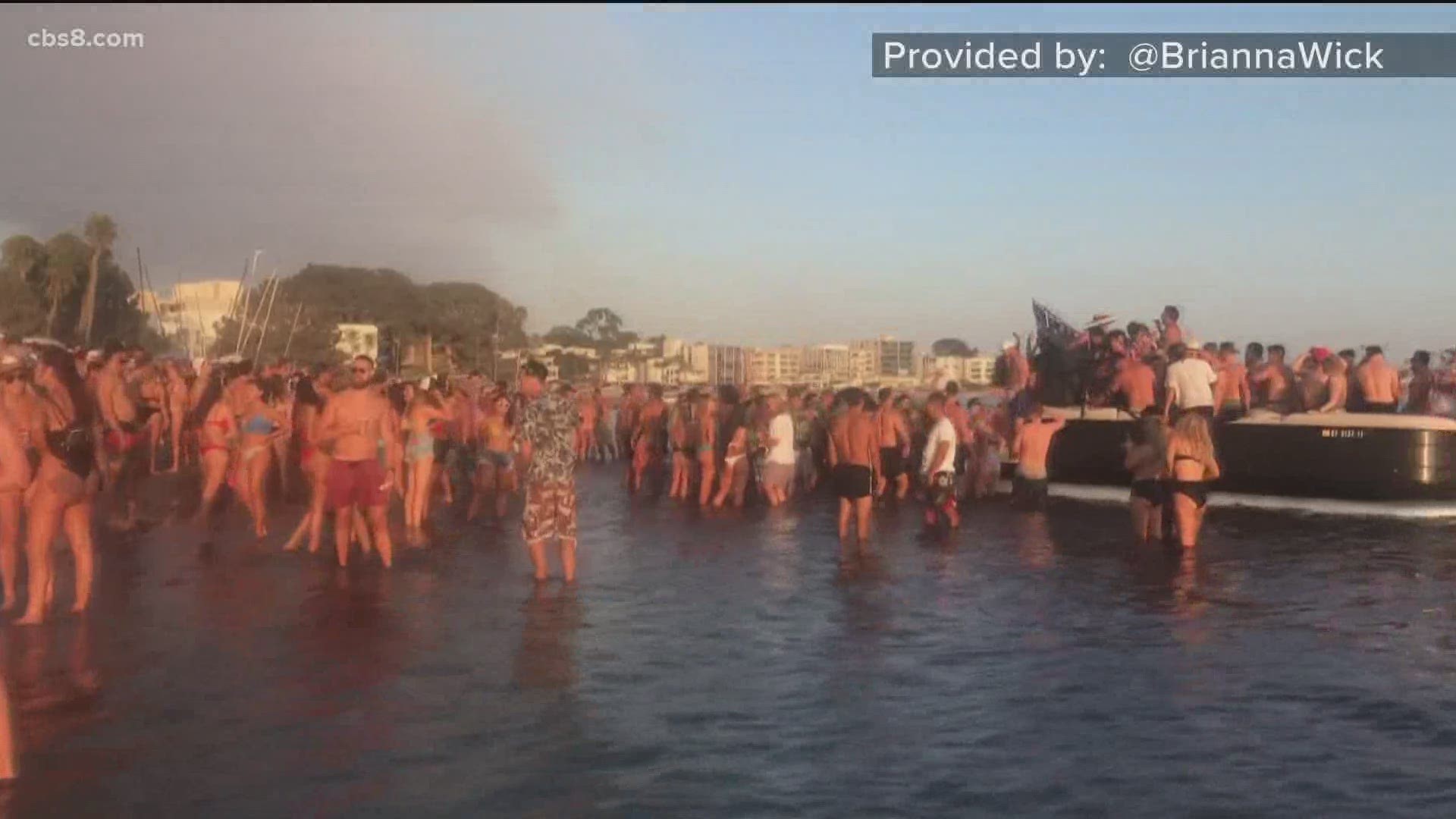 SAN DIEGO — Cell phone video captured a massive Labor Day party on Mission Bay over the weekend where hundreds of maskless partiers were seen in the water, on boats, and sharing drinks.

It was everything health officials warned against ahead of the holiday.

"Most people won't be working over the long holiday period, but COVID- 19 will not be taking the day off. The more people go out and the more they interact with people outside their household, the more likely they are to contract the virus," said San Diego County Public Health Officer Wilma Wooten, M.D., M.P.H.

But San Diego police said they didn’t issue any citations for people not of the same household. Police did issue citations for what they called “various beach violations," - 400 in Pacific Beach, Mission Bay, and La Jolla plus 600 warnings.

“And we also, as you are aware, have our county’s compliance team where if individuals or entities report gatherings… so we are doing all that we can to work with the various jurisdictions,” said Wooten.

Whether the celebrations lead to a spike in COVID-19 cases, health officials won’t know for a few weeks. But researchers are raising the alarm about these types of “superspreaders.”

Sabia has received national attention for his research on such events.

Looking at a massive motorcycle rally last month in Sturgis, South Dakota, his data suggests it might have led to more than 260,000 new COVID-19 cases.

That’s 19% of the United States total just in the last month at a public health cost of $12 billion.

“And the size of the effects that we’re finding suggests that these effects are not just from those who attended the rally. This is evidence of some community spread… and some of these interactions may have involved asymptomatic individuals,” Sabia said.

But he also researched the spread of COVID-19 following Black Lives Matter protests and President Trump’s Tulsa rally and found none.

The difference he said were mitigation measures from mask-wearing to social distancing to temperature checks. None of which appear to have taken place on the bay.

But Sabia's not making any predictions just yet.

“Getting a better handle on what are the distinct aspects of these large gatherings will help us make better predictions as we look at specific large gatherings like the one we’re talking about in Mission Beach,” he said.

For now, the county says it’s increasing the number of free, no appointment COVID testing sites to make it easier for San Diegans to get a test:

Appointments are necessary at other county testing sites. To make an appointment, visit www.211sandiego.org or call 2-1-1.