Human scent dogs can be a valuable tool to find people trapped in the rubble. 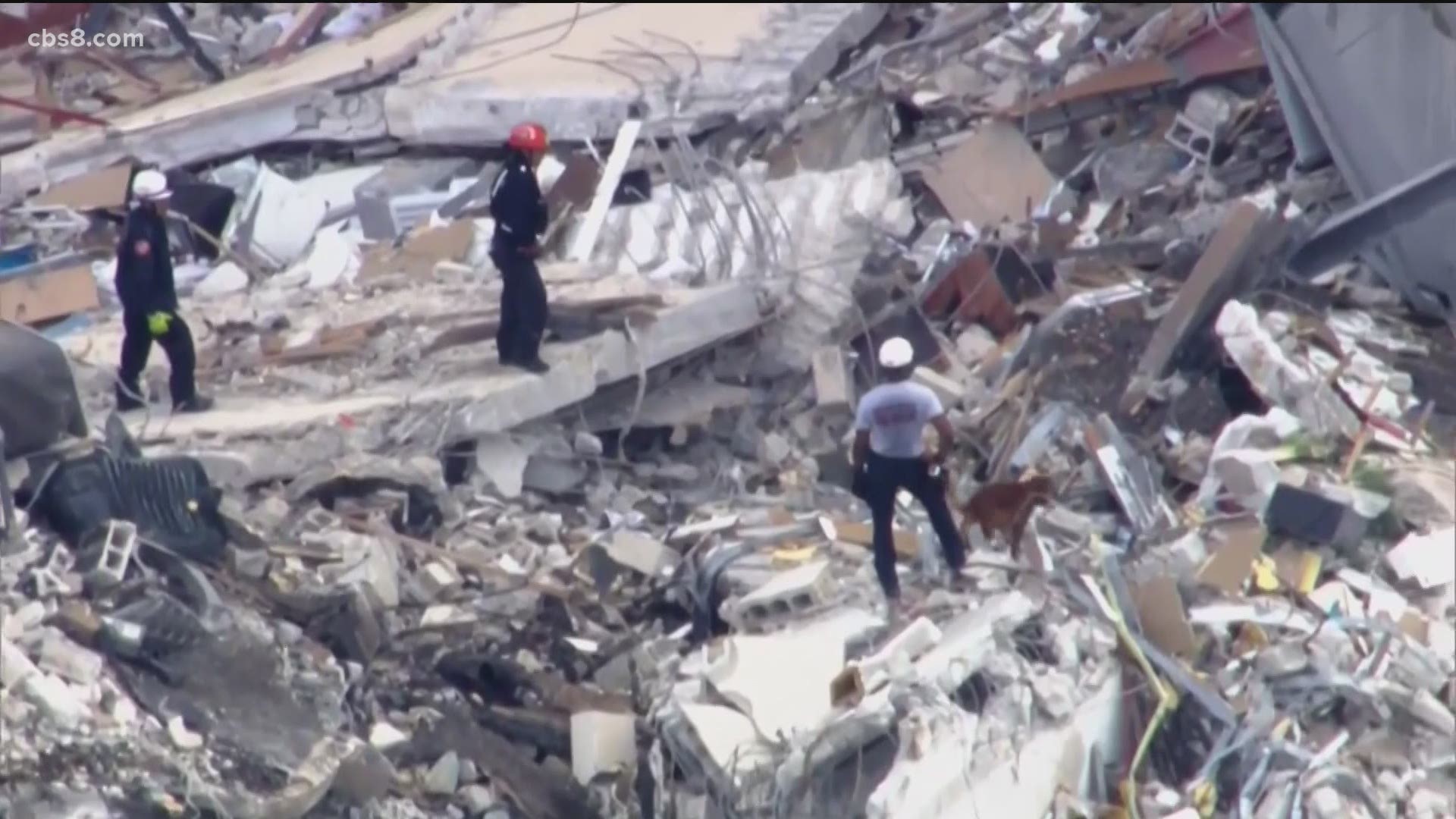 “We ran for our lives and there was nothing except a white cloud of dust,” said condo owner Gabe Nir. “Very hard to see and breathe. It was terrible.”

“It is really, really traumatic to see the collapse of a major structure like this,” said Florida Governor Rick DeSantis.

Dramatic rescues played out in the early morning hours with at least 35 people pulled from the structure and two rescued from the rubble, including a young boy.

“I heard him yelling,” said witness Nicholas Balboa. “As I got closer, I was able to see his hand sticking through the rubble waving. A police officer came over and radioed so firefighters could help him out.”

“Sound is a big deal,” said Aide Barbat with CA Task Force 8. “It’s really important for people to make as much noise as possible.”

Aide Barbat with California Task Force 8, one of twenty-eight urban search and rescue teams in the country, said in situations like these, time is of the essence.

Officials say they're working "around the clock" on search and rescue efforts after a high-rise condo building north of Miami Beach collapsed early Thursday https://t.co/E6LNkLWRIv

“Time is extremely valuable,” said Barbat. “With a tragic event like this, it’s minutes to get people on the ground to perform these rescues and call for canine units.”

Human scent dogs can be a valuable tool to find people trapped in the rubble.

“The dogs save us a tremendous amount of time,” said Barbat. “A 10,000 square-foot building can be searched in 10 minutes.”

The search crews in Surfside will continue to work into the night, and try to find any survivors.

“There is always hope,” said Barbat. “There has been incidents when we’ve found people a week or two later.  It could be hours depending on what type of collapse they’re in.  It could be days and it could be weeks.”

There has been at least one fatality, and about 99 people remain unaccounted for.  So far, the cause of the collapse is unknown.

WATCH: Dozens remain unaccounted for after condo collapse in Florida