Partnering with a labor law firm, a sexual harassment hotline has been established, training and a Code of Conduct is underway 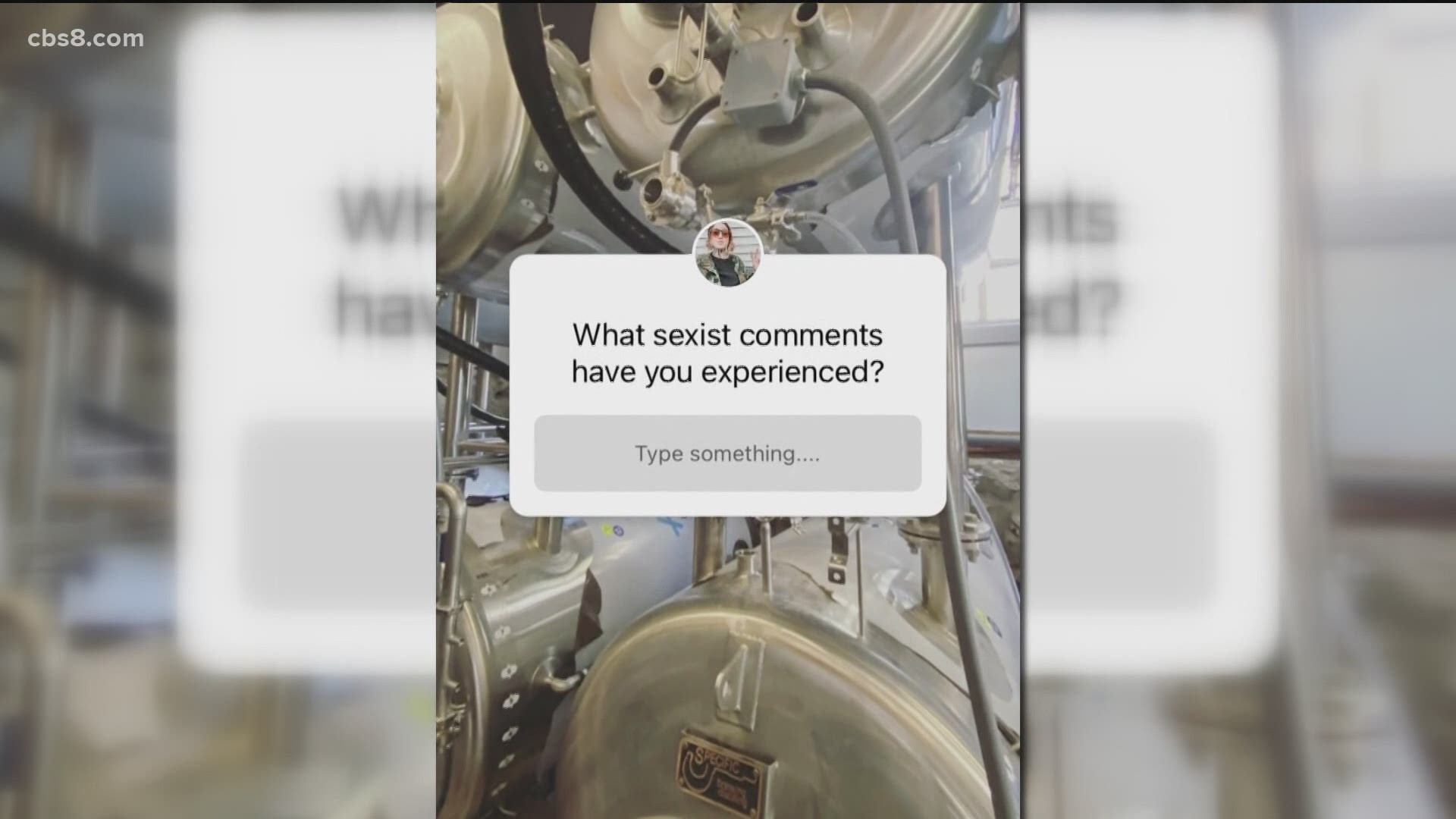 SAN DIEGO — Two months since the Me Too movement erupted in the brewing industry across the country, women’s voices are being heard and the San Diego Brewers Guild is taking action.

What started out as a reckoning in May, with women reporting misogyny, racism, sexism, sexual harassment, and assault by men in breweries across the world including in San Diego has turned into an important message of empowerment.

“I like to call this phase the awakening. We are moving beyond the reckoning and talking about what we can do,” said Virginia Morrison, Second Chance Beer Company owner.

The former employment attorney is also the president of the San Diego Brewers Guild and says the organization is doing something to address sexual harassment in the workplace. They are offering California’s required sexual harassment training to members, partnering with Jackson Lewis for free consultations to guild members and upstander training to create allies to prevent sexual harassment.

“We are looking into some options for making reports that are really more employee and guest-focused,” said Morrison.

The Me Too movement in the brewing industry started in May when East Coast brewer Brienne Allan asked on Instagram, “What sexist comments have you experienced.”

Allan received thousands of messages and shared about bad behavior towards women in breweries.

“As horrifying as the stories were, I think it was a really powerful moment for women in the hospitality industry, in the craft beer industry, [to] come together and know that other women and men have their back in a way they haven't felt before,” said Paige McWey Acers, San Diego Brewers Guild Executive Director.

Fallout included Modern Times San Diego-based founder Jacob McKean stepping down as CEO while others across America have resigned and there have been pledges to do better.

Modern Times has also updated its followers on changes within its company.

The San Diego Brewers Guild also formed a Diversity, Inclusion and Equity task force that is drafting a 10 do’s and don’ts Code of Conduct and asking for feedback from everyone including fans.

“We want this to be a community-wide effort really that's the only way we will make change,” said Morrison.

These small changes are making a big impact for women in the beer industry.

“Knowing that you have that support, when you didn't know you had it before is very empowering to make the type of changes that need to be made,” said McWey Acers.

Not Me also created a brewing industry reporting app.

The National Brewers Association has a Diversity, Inclusion and Equity committee and has finished two of its three webinars addressing these issues.

Efforts to make the brewing industry more inclusive, diverse and equitable are underway in San Diego since the global...