A wave of Afghan refugees are expected to arrive in San Diego amid the crisis in Afghanistan. 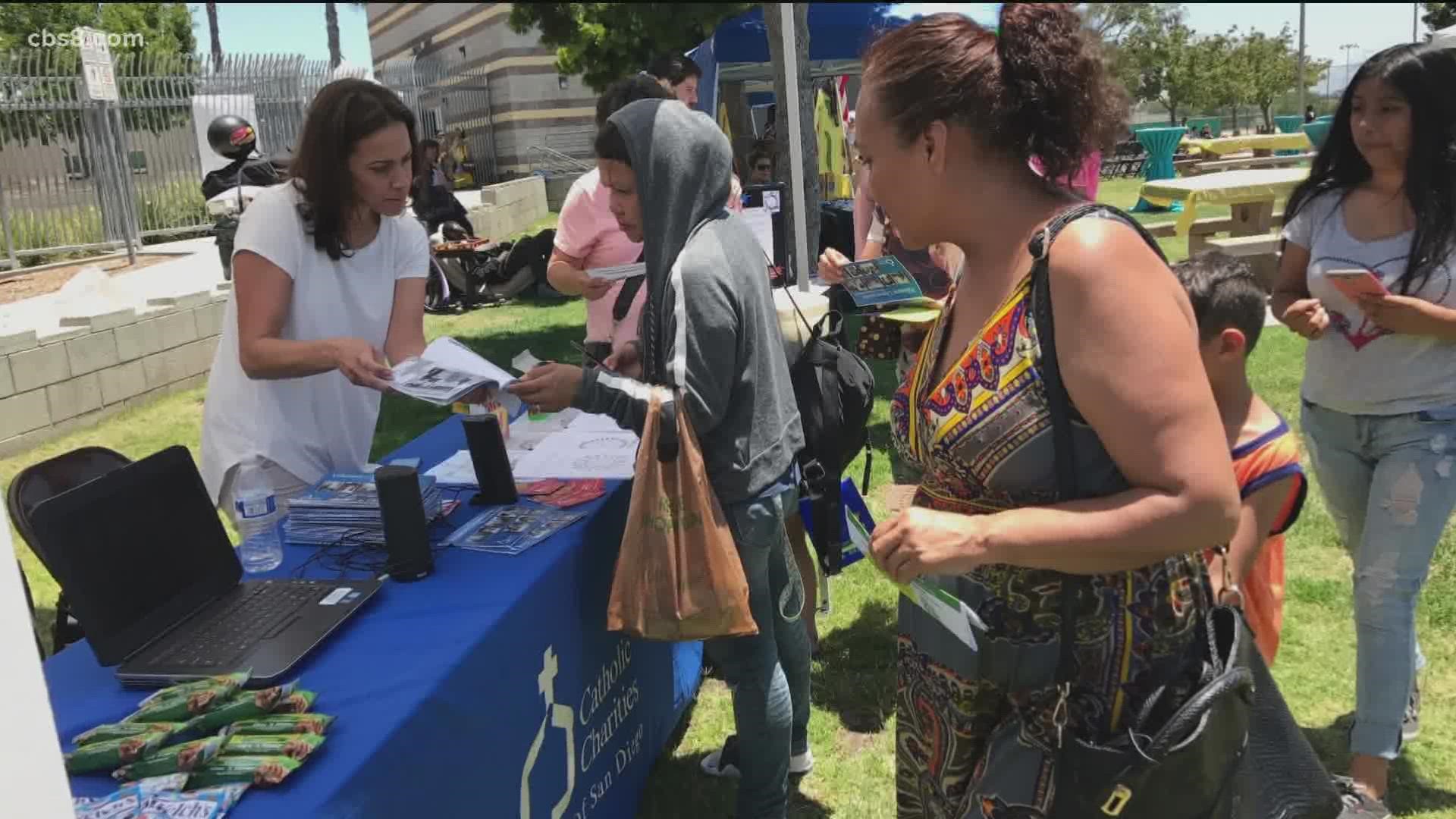 SAN DIEGO COUNTY, Calif. — Humanitarian efforts are underway in San Diego to help the local Afghan community and refugees who are arriving in San Diego.

Catholic Charities said refugees/Special Immigrant Visa (SIV) recipients started arriving last week. It is one of four agencies in San Diego County, including Jewish Family Service, who say they are receiving three to five Afghan refugee families a week and expect more in the wake of the Afghanistan crisis.

“We search for housing and put them in an apartment when they first get here and help enroll their children,” said Nadine Toppozada, Catholic Charities Director of Refugee and Immigrant Services.

They are also offering emotional support during this traumatic time.

“Families that are coming have mixed feelings. A lot of concern for their family members who are not as lucky and remain behind,” said Toppozada.

Nonprofits like Catholic Charities and Borderlands for Equity are fielding calls from the local Afghan community worried about their families in Afghanistan.

“We are trying to be a conduit for the community members that are feeling really powerless and hurt and not knowing what to do next,” said Mejgan Afshan, Borderlands for Equity co-founder.

The fluid situation is also causing a lot of anxiety for the local Afghan community.

“The real crisis is that for that Afghan diaspora we all feel powerless as a whole because we know that so many doors have been closed in the face of these refugees,” said Afshan.

As the violence continues in Afghanistan, many question how this could have happened with Afghani troops outnumbering the Taliban.

“We did not try and instill in the hearts of these troops a sense of loyalty, that was a failure,” said Joseph Ghougassian, PhD., former U.S. Ambassador to Qatar.

He was appointed by President Ronald Reagan and spent years in the Middle East.

“There is no hope in Afghanistan, there is no light at the end of this in Afghanistan unless the United States government is ready to make a commitment for the next 50 years to stay in the remaining Afghanistan otherwise, it is very hopeless,” said Ghougassian.

In lieu of that, Ghougassian believes that commitment is not deploying U.S. troops back to Afghanistan, rather his last hope is a diplomatic resolution and believes the U.S. can negotiate with the Taliban.

“Absolutely, we don't have any other choice, the military solution is a failure we have shown,” said Ghougassian.

Despite the fall of Afghanistan, he doesn’t believe the last 20 years were wasted.

“What we have seeded is not lost,” said  Ghougassian.

“There is no other way that we can be able to move through this crisis without allowing people to come to this country,” said Afshan.

A vigil for peace in Afghanistan will be held on Thursday at the Prado fountain in Balboa Park at 6:30 p.m.

“As the devastating situation continues to unfold in Afghanistan, Jewish Family Service of San Diego (JFS) is actively preparing for the increase of refugees resettled in our region, while continuing to prioritize public health,” said Etleva Bejko, Director of Refugee & Immigration Services, Jewish Family Service of San Diego. “With the situation in Afghanistan constantly evolving, we do not yet have an estimate as to how many more will arrive in the coming days, weeks or months."

WATCH RELATED: Looking at what is next for Afghanistan (August 2021)