Dr. James Novak is accused of failure to maintain accurate medical records and unprofessional misconduct following his use of a controversial diabetes treatment. 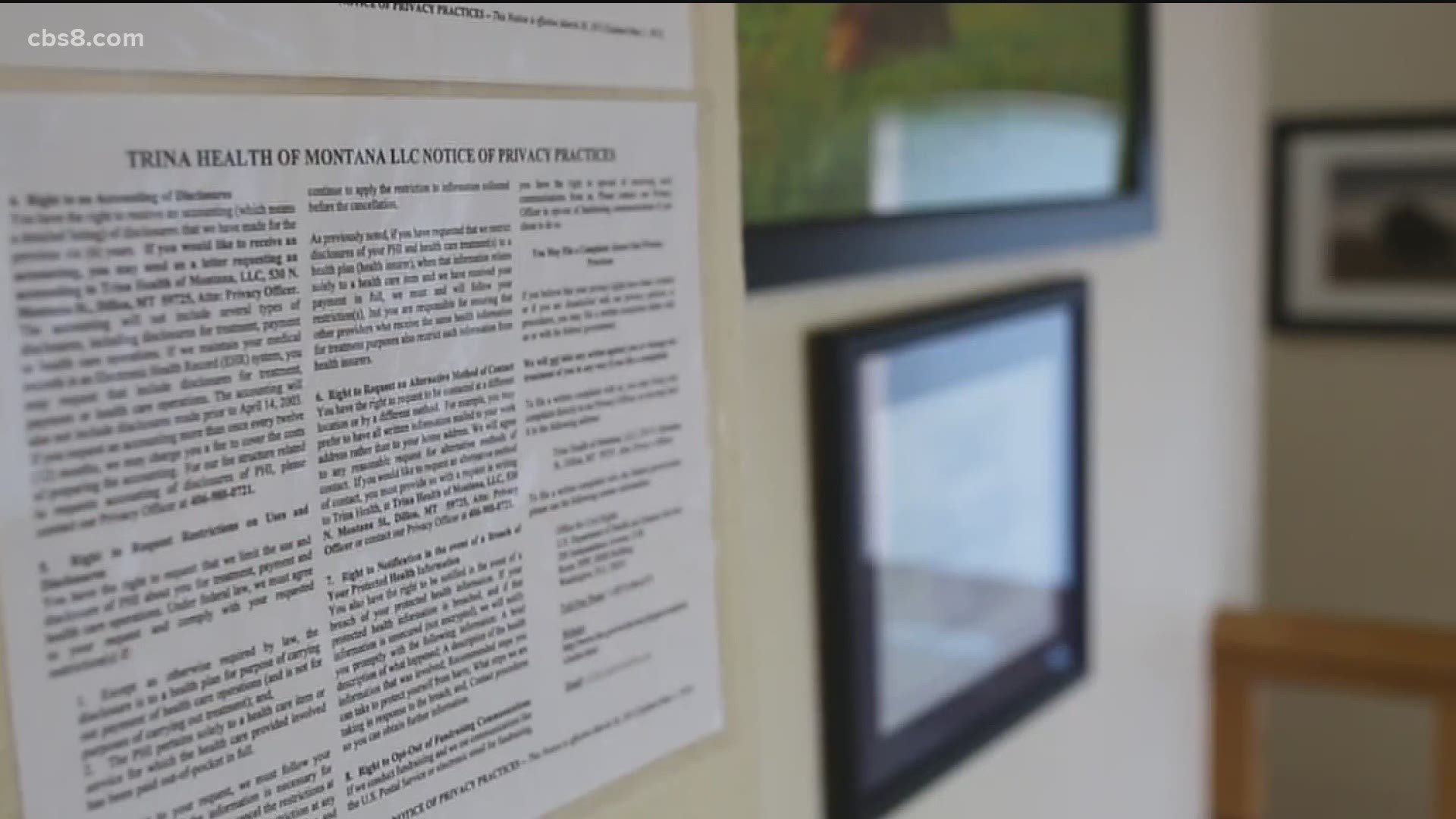 SAN DIEGO COUNTY, Calif. — A San Diego doctor who was a key figure in a 2018 inewsource investigation into a diabetes treatment some called a scam is facing charges before the state medical board that could result in probation or the loss of his license and ability to practice medicine.

The accusation was filed in May against Dr. James Novak and involves two diabetes patients treated at his medical office with the controversial four-hour IV insulin procedure. The treatment was being offered through a Trina Health clinic Novak previously told inewsource he established in August 2016 as part of his Pacific Beach family practice.

The medical board’s executive director accuses him of repeated negligent acts in 2017 and 2018, failure to maintain adequate and accurate medical records, and unprofessional conduct.

A staff member at his Novak Medical Group said the doctor declined to comment about the board’s action. The staff member said Novak had retained an attorney and did not want to comment because it was an ongoing investigation.

The accusation said Novak and his attorney sat for an interview with an investigator in January 2020 as part of the medical board’s probe. Novak appears to have continued seeing patients since then – Yelp reviews from this year range from one to five stars.

The doctor will be the subject of a hearing before the medical board, which will then determine whether any disciplinary action will be taken. A spokesperson for the board declined inewsource’s interview request. In an emailed response, she said the board’s “mission is consumer protection, and it takes that mission very seriously.”

Novak is an affiliate staff member of Scripps Mercy Hospital, which allows him to refer patients to its Hillcrest and Chula Vista locations, and communicate and share patient information with Scripps’ doctors. In a response to emailed questions, a Scripps spokesperson said Novak’s relationship with Scripps will be evaluated after the medical board action is resolved. The spokesperson also noted that Scripps Health does not have the authority to regulate the private practice of an independent physician.

Credit: Megan Wood
G. Ford Gilbert, the CEO and founder of Trina Health, is shown at the company’s Sacramento headquarters in February 2018.

At first, the insurers did not recognize that the treatment – performed by the Trina clinics – was the same as one the federal agency that runs Medicare declined to reimburse citing a lack of evidence that the procedure improved health outcomes for patients.

Then, in 2018, Gilbert was indicted on federal charges of bribery, health care fraud and wire fraud. He was accused of paying an Alabama politician to try to get legislation passed to require an insurance plan there to pay for the Trina insulin infusions.

After pleading guilty in 2019 to one count of trying to bribe a public official, Gilbert was sentenced to 12 months in confinement, including six months in federal prison.

In San Diego, Novak’s Trina clinic operations came to light after physicians heard some of their patients asking about it. Multiple physicians interviewed by inewsource at the time raised serious concerns about the treatment, calling it “unproven,” “worrisome” and a procedure that preys “on people’s vulnerability.”

One physician and her patient said the woman was endangered by the four-hour procedure when she was sent home after an infusion session with skyrocketing levels of blood sugar.

With investigations, sometimes the impact can last years. Read @maryplummer’s update on a Pacific Beach doctor who was a key figure in a 2018 @inewsource investigation into Trina Health diabetes clinics. https://t.co/LKKqvYpe0t