SAN DIEGO — Residents in Mission Bay's Crown Point neighborhood are remembering their beloved mailman after he died following a heart attack he suffered while at work. A memorial now stands on Riviera Drive.

Jerry Tin had the same route for 22 years.

Growing up among 14 siblings in the Philippines, Joey said his brother moved to the United States 30 years ago and became a mailman. It wasn't just his job. It was his identity.

"He cared a lot about this community," said Joey.

Joey and others recall how Jerry was always smiling and waving to the customers he served. He was also known for handing out dog treats. One year for Christmas, he bought a little girl all the presents on her wish list.

"You would just enjoy seeing him every day and be excited to get your mail because Jerry was coming," said neighbor Nicole Ostrofe.

On Wednesday, Jerry suffered a heart attack while out on his route. Neighbors rushed to help, including Brett Van Pelt.

"He would have done the same for me," said Van Pelt. "[That's the] kind of guy Jerry was. I'm going to do whatever I possibly can to save him, to help him."

Despite those efforts, Jerry was taken off life support Friday. He was just 60 years old.

Since then, tributes have been pouring in. On Saturday, his co-workers drove 46 postal trucks through the neighborhood Route 46. Monday morning, 46 balloons were released outside the Pacific Beach post office.

Online, people have been sharing condolences and stories.

Ostrofe started a GoFundMe page to help with expenses and to continue his legacy through a memorial fund. As of Monday afternoon, it has raised more than $8,000 in donations.

“It is overwhelming," said Jerry's brother.

Ostrofe told News 8, “[He is] Irreplaceable. It will be big shoes to fill for whoever is taking his route.” 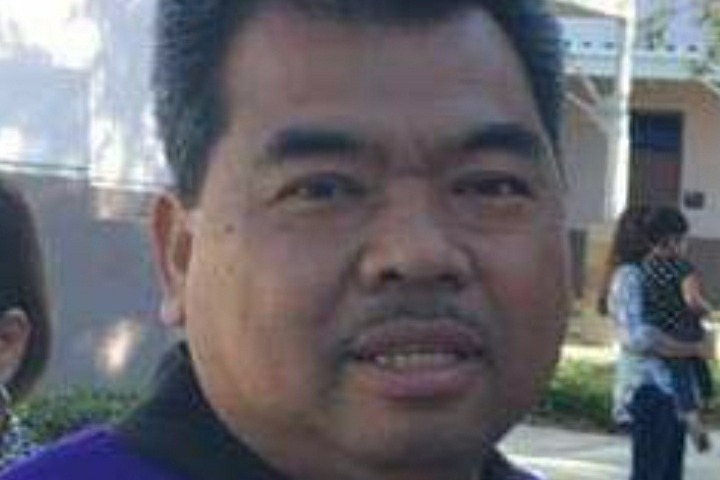 Help Jerry Tin our incredible friend and Mailman, organized by Nicole Ostrofe
This money will help the family pay for various expenses. They've told me they also plan to help children through Cavite National High School Adopt A School Program which Jerry was donating to. 12/4 update:It is with a heavy heart and great sadness that I must let you all know, Jerry passed away today.