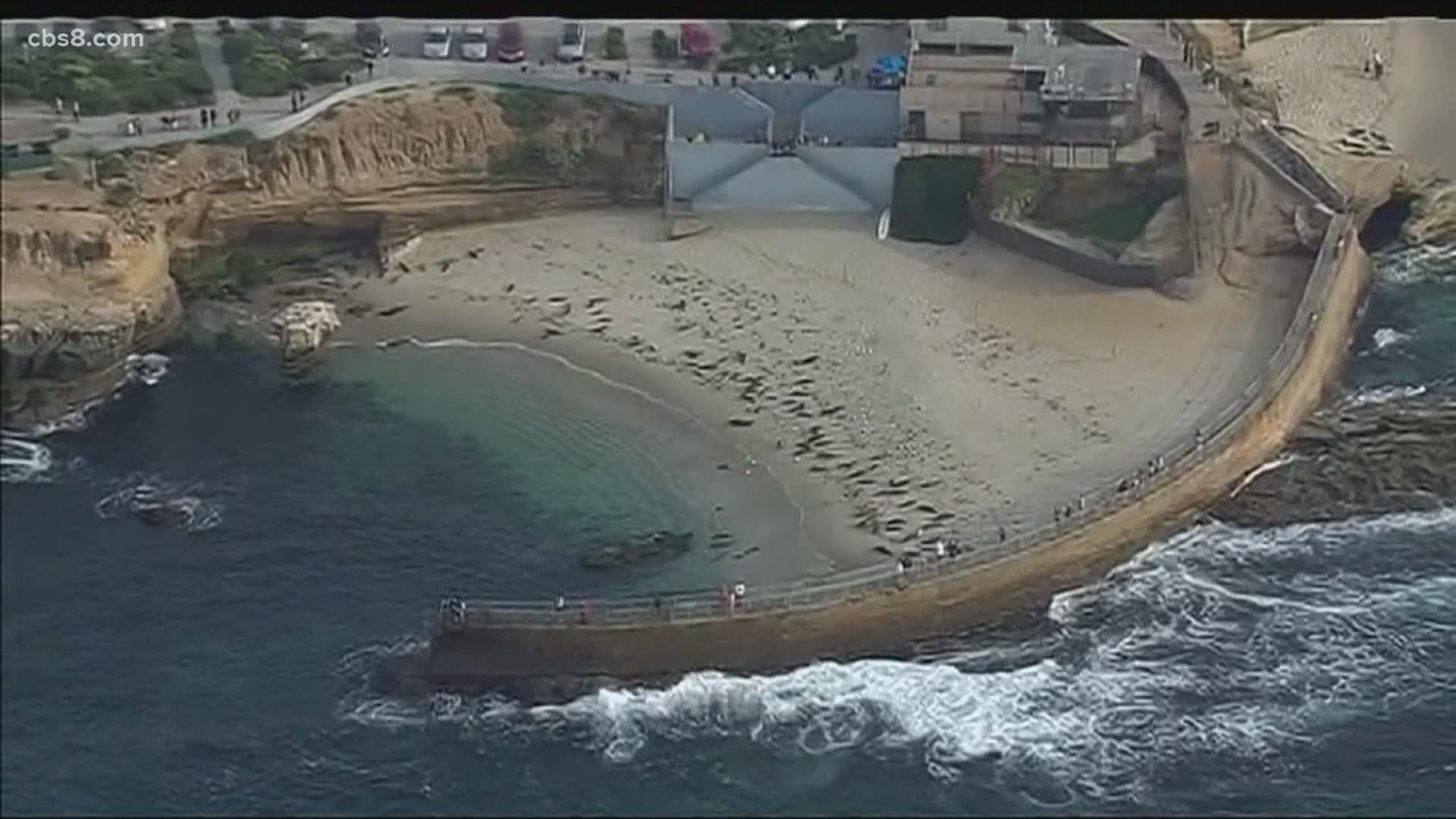 Animal rights activists, however, charge that the pyrotechnics could prove dangerous -- even deadly -- to the area's marine life, and are heading to the courts to try to stop it.

This would be the first July Fourth fireworks in La Jolla since 2017: it was canceled last year because of COVID, and the two previous years due to lack of funding.

During that time though, in 2019, federal authorities officially designated the area as a sea lion rookery: providing strict protections under the Marine Mammal Protection Act.

A recent lawsuit aims to protect those newborns, and all sea lions, potentially impacted by this planned fireworks show.

Environmental attorney Bryan Pease filed the suit on behalf of the Animal Protection and Rescue League.

"To blast off fireworks there will definitely violate the Marine Mammal Protection Act," Pease said. "Because it will disturb the sea lions resting there and nursing their pups as well as the baby pups themselves."

Pease said that the fireworks would also impact the harbor seals born at the La Jolla Children's Pool, less than a mile from the scheduled fireworks show, where pupping season ended in mid-May.

According to the suit, an average of 50 sea lion pups are born each year at the sea lion rookery in La Jolla.

Pease pointed out baby sea lions can not even swim on their own until they're about three months old.

"So if they are scared into the ocean by the explosions, they could potentially drown," he told News 8.

While focusing on the potential harm to marine life, the suit also alleges that fireworks over La Jolla Cove would also create air and water pollution.

Pease said that it would pose other serious problems, "like the fact that it causes harm to companion animals, people's pets," he added. "The shelters always fill up after July Fourth because people's pets are terrified and run away."

The fireworks show in La Jolla has been challenged by lawsuits in the past by a separate environmental group, which failed to prevent the show from happening.

"In this case, the people who are putting on the show should know that they are dealing with a very different animal here," Pease said. "Our goal is to shut this down."

News 8 has reached out to the organizer of this fireworks show but had not received a response as of Monday night.

Pease said that, if necessary, he will head to court to try to get a temporary restraining order to keep the July Fourth show from happening.