"I've never seen the rental market like this ever," said one rental agent. 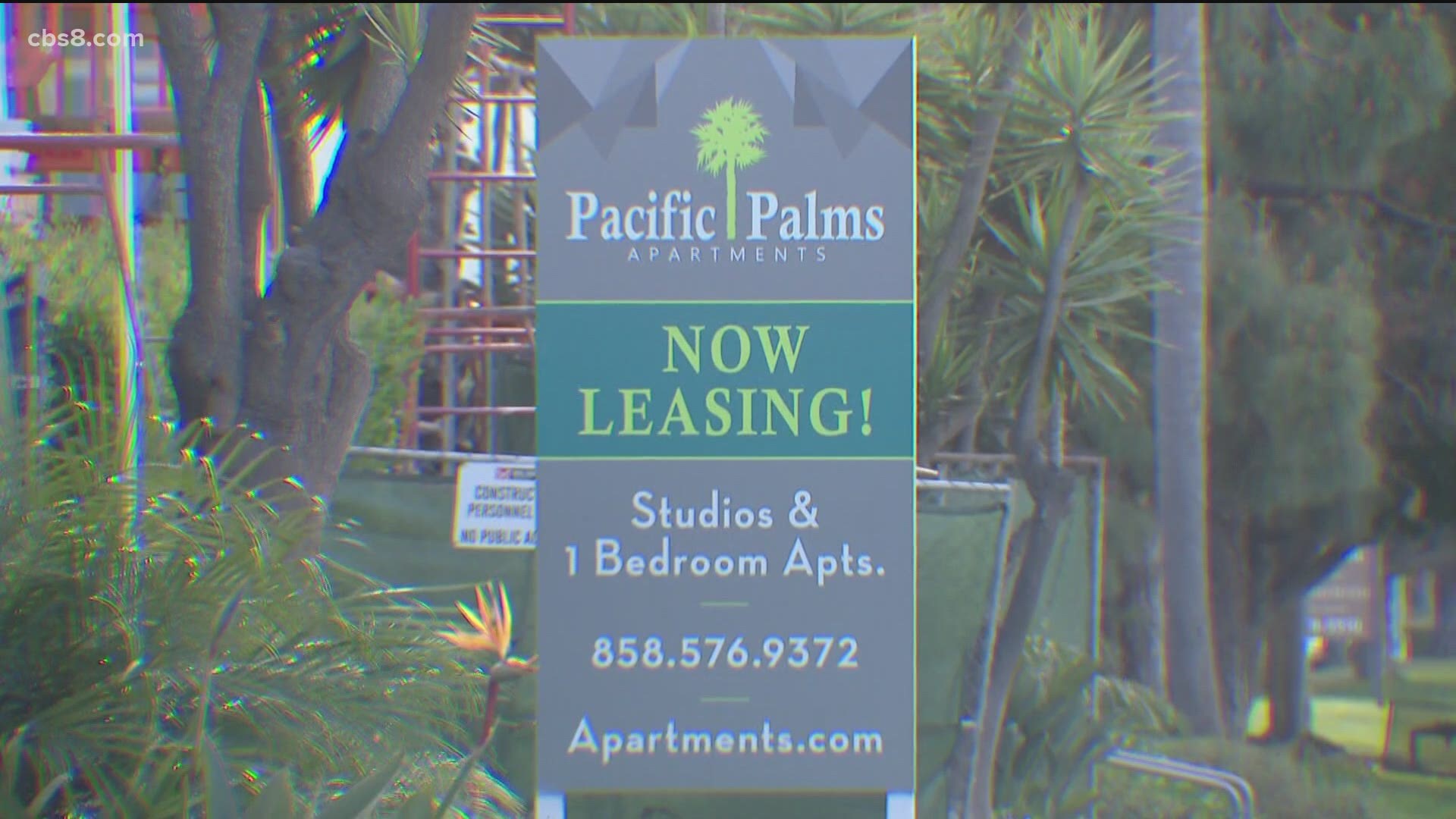 SAN DIEGO — If you're in the market for a rental property in San Diego, you may have noticed not only are prices increasing, but competition is growing as well.

That’s led some people to turn to extreme measures to find a place.

One man posted a reward sign along the boardwalk in Mission Beach offering $1,000 to whoever can find him a one-bedroom apartment, studio or room in the area with a budget of $2,000 a month.

He wrote in part, “market is tough, so hoping a reward/bonus will help secure a great spot.”

We asked Robin De Jourday, a realtor and rental agent at LEC Brokerage in La Jolla to weigh in.

“Have you ever seen the rental market like this?” News 8 asked.

“I've never seen the rental market like this ever,” said De Jourday.

She has been called every day from people looking for homes to rent.

Though it's rare, she's seen cases where some are willing to pay between $500 and $1,000 more per month hoping they'll be picked.

Why the demand? For starters, inventory is low. Also, competition within the housing market is pushing people out, forcing them to rent.

On top of that, the pandemic has allowed more people to work from anywhere, so they're moving to San Diego.

"There's such a demand for people moving to San Diego, that even the short-term rentals are booked," De Jourday said. "They stay for two to three months, sometimes contract for six to 12 months in a furnished rental."

According to recent research by StorageCafe in 2020, San Diego ranked the sixth most popular relocation destination for renters nationwide.

The average rent in San Diego is $2,068, which is 4% higher compared to the year before. While that may seem high, for some people moving to San Diego, it's the opposite, according to De Jourday.

“We're more affordable because they're used to paying these high rents," she said.

De Jourday advises people search multiple sites like Zillow, Apartments.com and Realtor.com. Also, contact a realtor who may know of rentals, and when you find one, apply quickly before it's gone.

“There is one out there for you," she said.

News 8 did speak with the man who posted the flier on the boardwalk. He has since found a place to live.