The break occurred around 4 p.m. on Wednesday at Bayside Lane and San Luis Rey Place. 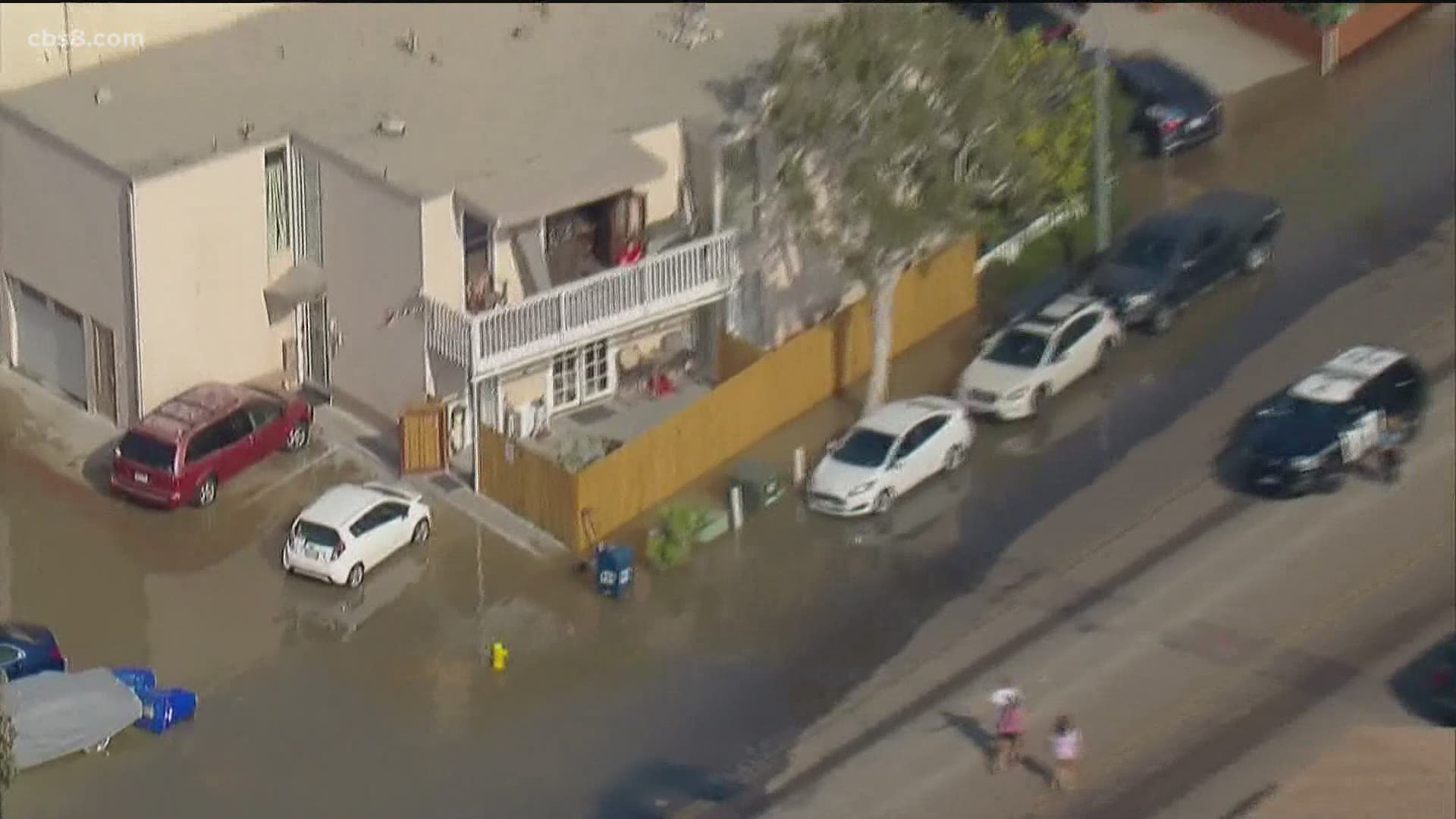 SAN DIEGO — Crews worked overnight in South Mission Beach to fix two broken water lines that flooded the neighborhood Wednesday. Crews worked for hours to refill the holes and patch them back up. The break occurred on Bayside Lane and San Luis Rey Place. This caused a lot of trouble on Wednesday evening with roads flooded and traffic backed up.

News 8 spoke with a neighbor who saw it all unfold, "At first, I heard kids splashing in the water, didn't think too much of it. And then I went outside and... it never really got to the bottom of that car tire over there, but I didn't think it'd get this bad."

This happened around 4 p.m. Wednesday night as the water from those broken lines flooded this neighborhood in South Mission Beach with thousands of gallons of water that extended all the way to Mission Boulevard, causing traffic delays. Water was shut off to 24 customers in the immediate area while repairs were made to the water main.

“I think they shut off pretty much the whole block so we had our water shut off for about 12 hours or so while they fixed the break,” said Mission Beach resident Scott Gressard.

According to the Public Utilities Department, the break occurred to a 4-inch concrete water main where it connected to an 8-inch main.  The cause was still under investigation Thursday.

Utility crews had the overflow under control relatively quickly and there were no immediate reports of structural damage related to this -- however some neighbors reported water flowing into their garages.

After city crews made the repairs and restored water to affected residents Thursday morning, a precautionary boil water notice went into effect for those residents.  The city advised them that “tap water should be boiled for one minute, and to use boiled or bottled water for drinking, brushing teeth, and food preparation until further notice.”

“It’s quite concerning that there could be some contaminants in the water,” said vacationer Tim House.

In an effort to make clean water available to affected residents, city crews delivered packs of bottled water to nearby homes.

City workers have been testing water samples from nearby spigets to monitor for any contamination and will continue to do so until test results show the water is safe.  Once the boil water notice is lifted, public utilities staff will go door-to-door to notify residents.