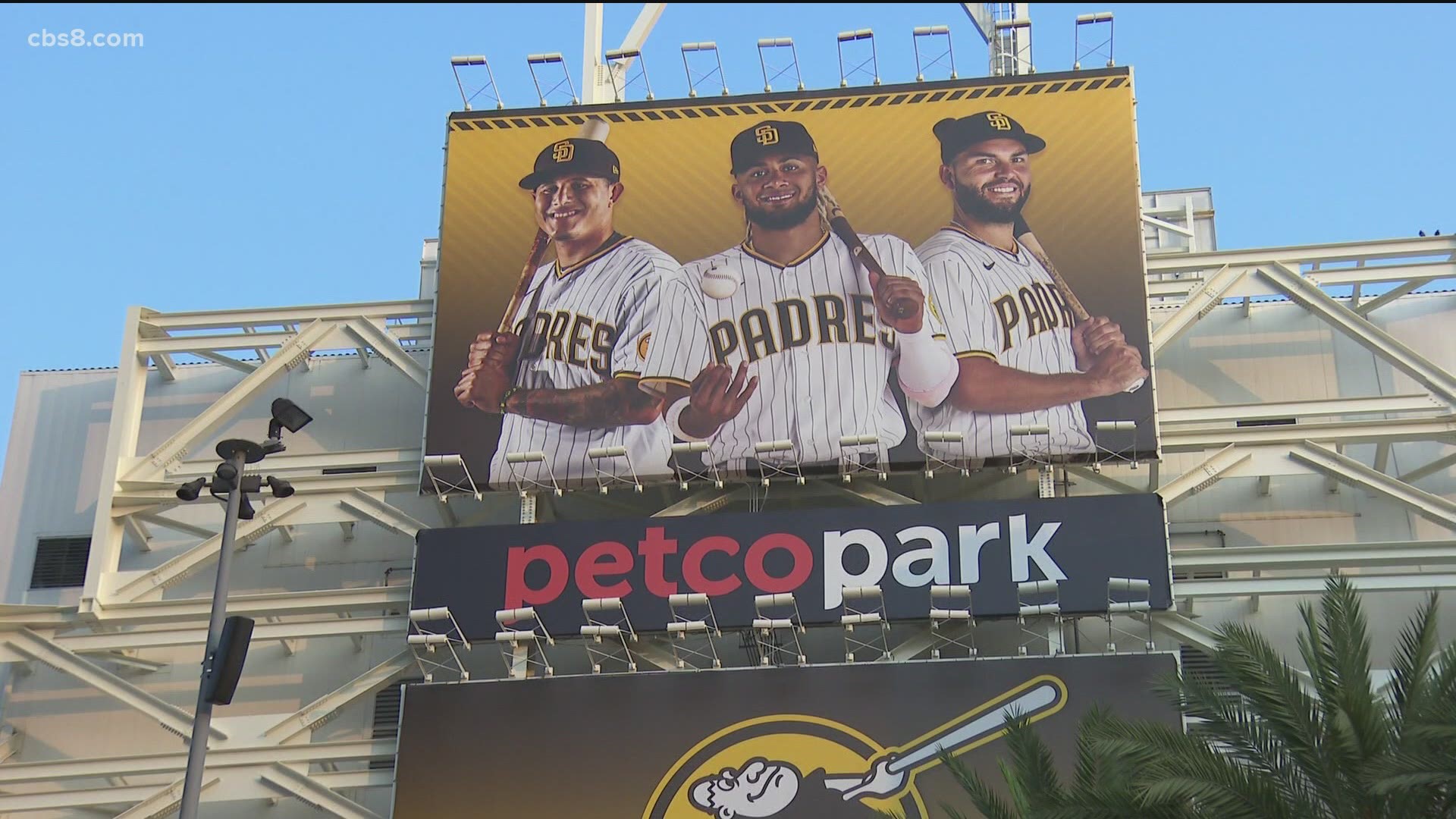 SAN DIEGO — The Padres are likely heading to the Major League Baseball playoffs this season and now the playoffs are heading to San Diego.

The move is part of league's bubble format, to help playoff teams eliminate travel and limit exposure to COVID -19.

The plan calls for Petco Park to serve as a "neutral-site" for only the best teams to compete in the American League playoff series.

Under the schedule, Petco Park will play host to a best-of-five American League Division Series beginning Oct. 6. The other ALDS series will be played at Dodger Stadium in Los Angeles, beginning Oct. 5.

Both series will be played on five consecutive days.

The winners of the two ALDS series will advance to the best-of-seven American League Championship Series, which will be played at Petco Park beginning Oct. 11, also with no days off between games.

Fans won’t be allowed in the stands, and players not at the ballpark will be restricted to their hotels. But local tourism leaders promise the economic impact will be major.

“To have San Diego on national TV from September 29 to October 15 is just fantastic because it's just a great story to tell,” said San Diego Tourism Authority President and CEO Julie Coker.

Coker said it's not just our weather or the Padres' winning record that played a factor in MLB’s pick. She believes the region's careful attention to the COVID crisis had something to do with it.

“Being able to show that San Diego is a great place will definitely boost our tourism,” said University of San Diego Economist Alyson Ma.

Ma said it comes down to more local hotel stays, along with a potential boost in shopping and dining.

“It will not likely make a significant dent relative to the loss in the number of visitors we've had this year due to COVID, but it will certainly help,” she said.

Rigorous guidelines will be in place for the American League playoffs as players will be tested for COVID daily and get their temperatures checked.

And for a sport synonymous with chewing tobacco and sunflower seeds, spitting won't be allowed.

None of the rules seem to bother the fans who promise to cheer on their favorite players from a distance.

“I mean I'd love to see the players ball out. I love you, Tatis,” said fan Devon Higginbithom.

The Padres meanwhile politely declined to comment on the story Tuesday as the team works through logistics.

The best-of-seven World Series will be played in Arlington, beginning Oct. 20, with two off-days built into the schedule.

The initial round of the MLB playoffs, the best-of-three Wild Card Series, will be played in the home stadium of the higher-seeded team.

MLB games are being played without fans in attendance due to the coronavirus, but according to The Athletic, league Commissioner Rob Manfred said during an online event Tuesday that he hopes to see some limited attendance at the league's two Championship Series and the World Series. Such attendance would involve social distancing and other protection measures, "in terms of temperature checks and the like," he said.