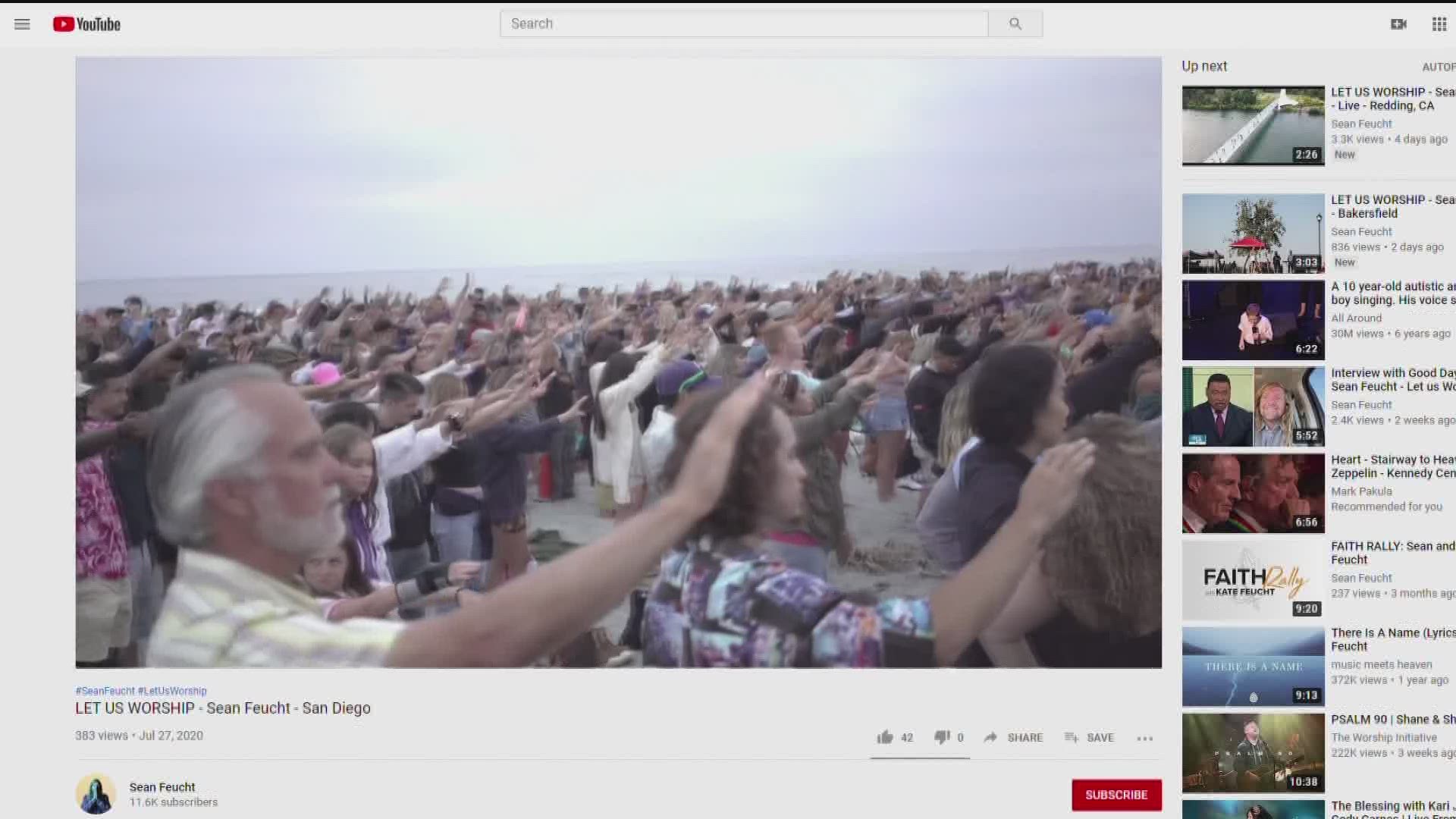 SAN DIEGO COUNTY, Calif. — A church gathering and protest at Cardiff State Beach drew a lot of attention over the weekend. More than 1,000 people attended the gathering where there was music and people were baptized. The organizer of the event said "state officials estimated 5,000" were in attendance.

State lifeguards told News 8 the organizers did not have a permit for this event.

Video from the event was posted on organizer Sean Feucht's Facebook page and had been viewed thousands of times by Monday night.

Feucht describes himself as a missionary, musician and founder of a grassroots global worship. Earlier this year he ran for the 3rd congressional district but lost in the primary.

"Obviously we are very saddened by the violations that were witnessed on Sunday," said Dr. Wooten.

She noted very few people were wearing masks, and there was little social distancing.

"This is not recommended. It really does contribute to others having the potential to be infected regardless of it being outside," she said.

"We will continue to address this egregious violation as we have others that have been brought to our attention," she added.

Church services are allowed to be held outdoors, but the public health order states those attending must follow guidelines including social distancing.

News 8 reached out to Feucht for comment and had not received a response when this story went live. However, he did post on Facebook previously that he told people to wear masks and encouraged social distancing.

"State Parks is responsible for enforcement in that area... Sheriff deputies did not issue any citations or warnings," a statement from the department read in part.

California State Parks issued the following statement on Monday regarding the gathering:

“An unpermitted event took place yesterday at Cardiff State Beach. Staff monitored the situation and were on site to protect public safety. Citations were given for illegal parking.”