23-year-old white male on a Harley Davidson motorcycle was transported to the hospital with fracture to his left leg. 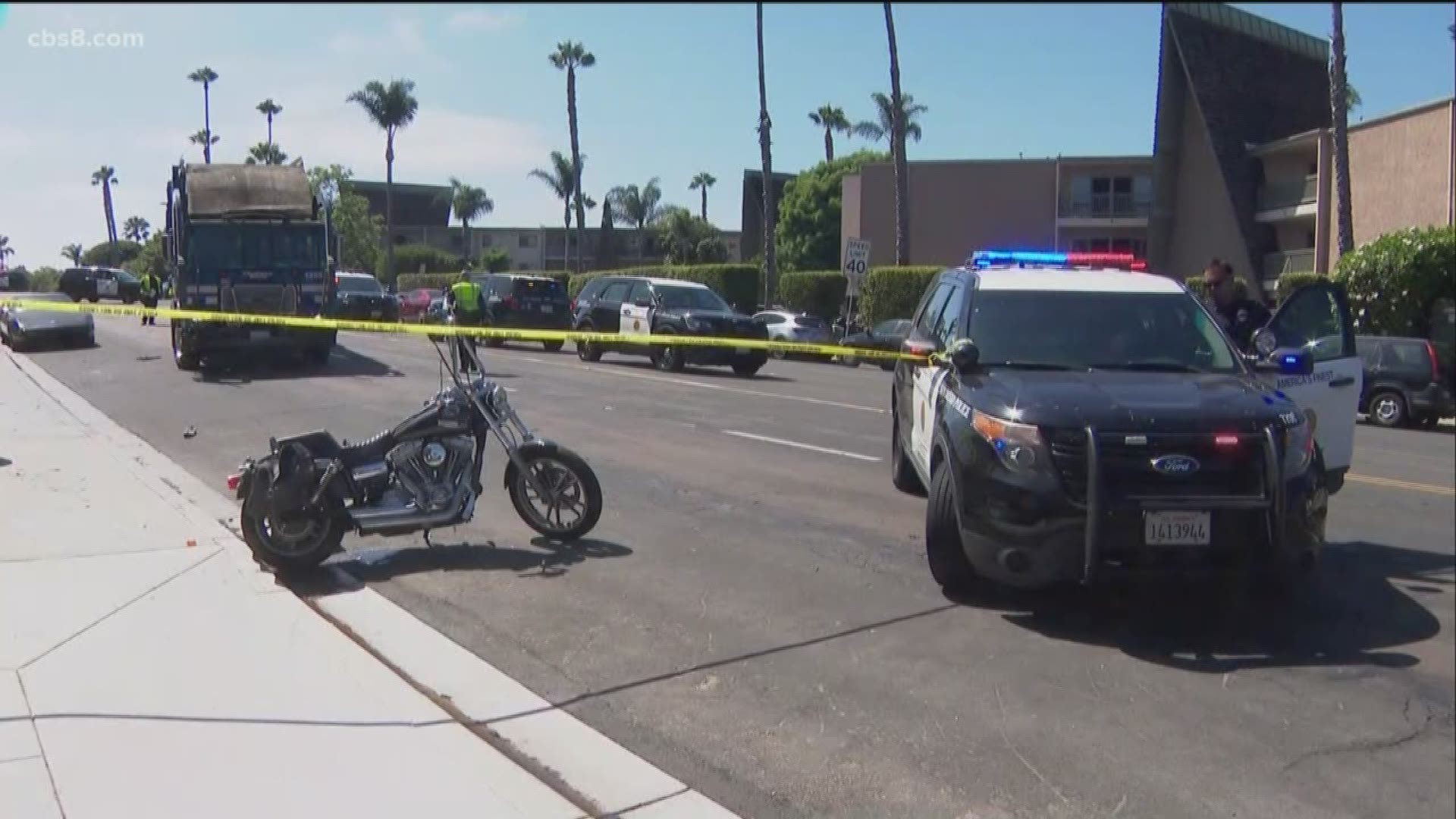 Police reported that a 23-year-old white male was riding on a Harley Davidson motorcycle and a 54-year-old Hispanic male was in a recycling truck - both heading eastbound in the 4400 block of West Point Loma Blvd.

The motorcyclist attempted to pass the truck on the right as the truck was slowing down and veering to his right, according to police. The motorcyclist clipped the front of the trash truck and was ejected from his motorcycle. The motorcyclist crashed head first into a metal trash can and sustained an open fracture to his left leg and left femur and was transported to the hospital with non life threatening injuries.