Caltrans officials said they are dealing with the only moving geyser in the world. 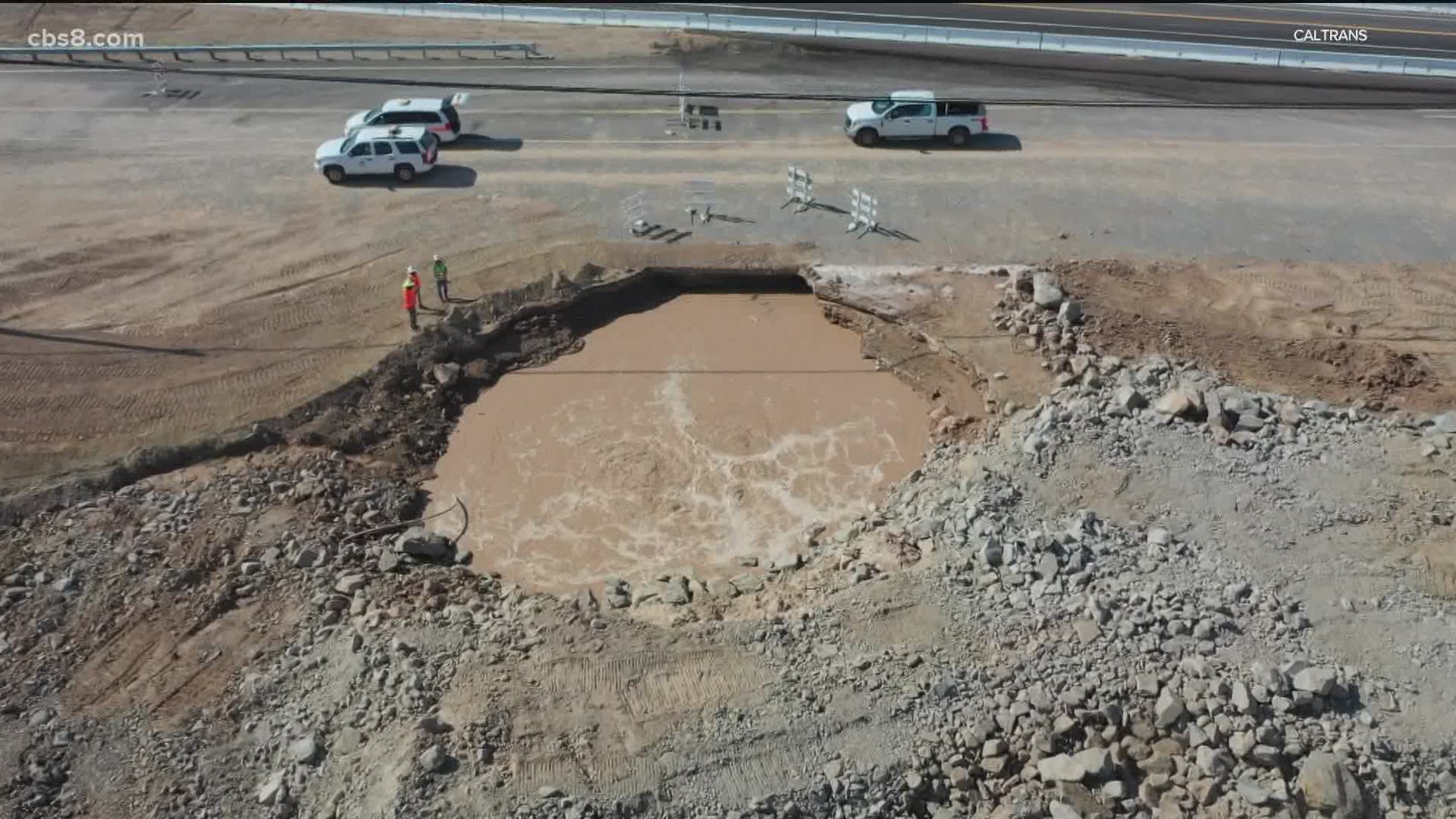 IMPERIAL COUNTY, Calif. — It's not something you normally see alongside a freeway, but, local Caltrans crews have been keeping a close watch on a geyser that's impacting both the Union Pacific Railroad and State Route 111 near Niland in Imperial County.

The challenge is that geyser is moving. Known as the Niland Geyser, it’s the only moving geyser in the world.

Some describe it as a bubbling pool of mud, often referring to it as a mud pot.

Shawn Rizzutto with Caltrans says the geyser is releasing CO2.

It's been around since 1953. But, it didn't start moving until 2016 following some seismic activity in the area.

"So, it's been moving about 10 feet per month on average,” said Rizzutto.

He said the challenge is determining where it will go next.

"Right now, it's been static for the past two and a half, three months, so it really hasn't moved very much, but that could change in an instant," Rizzutto said.

Caltrans officials considered several options, including a detour, which wasn't ideal because it would have taken drivers 80 miles out of the way, and the 111 is crucial for the agriculture business there.

Instead, a temporary road was built parallel to the 111, wrapping drivers around the geyser.

“It's 50 feet from our existing roadway, but it's hundreds of feet from the new alignment we made for the detour," Rizzutto said.

Sheet pile walls were also constructed, as well as a sub-surface drainage system to help control the water being emitted, which some scientists estimate is around 40,000 gallons a day.

“With that amount of water, it creates a quick zone which is liquefaction for an area from the surface to 40-50 feet in depth,” said Rizzutto.

Even with all those fixes, the geyser has the upper hand.

Their plan is to monitor the geyser until it moves far enough away to be able to repair the original 111 and make that a permanent road yet again for years to come. The cost of this project is around $19 million.

Caltrans officials said there is no danger to motorists, but, keep in mind, it’s not a tourist attraction. The area around the geyser is closed.

Still, it's piqued a lot of people's interest including the experts over at National Geographic.