San Diego Sheriff’s evacuated eight units and weighed evacuating the entire community due to the risk of a mudslide. 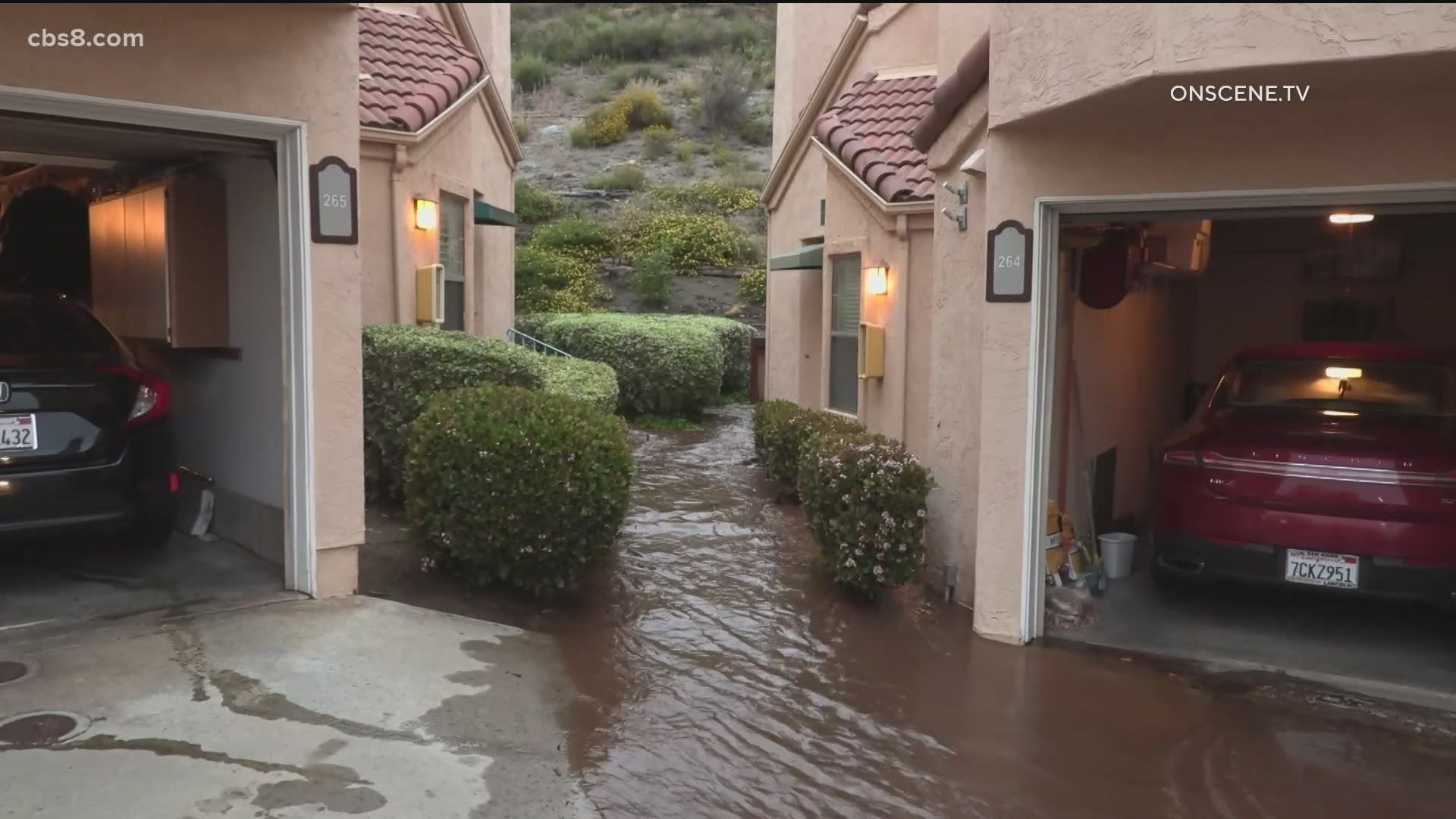 Shortly after 5:20 a.m., deputies responded to reports of water flowing down from a water tower on a hill above a condominium complex on Calle de Montana, off Calle Albara, just west of Jamacha Road, said San Diego County Sheriff's Lt. Daniel Vengler.

Deputies went door-to-door waking up residents and notifying them of the flowing water, Vengler said.

Crews with the Otay Water District were able to stop the flowing water, which was caused by failing overflow pipes, Fuller said.

No injuries were reported and nobody needed to assistance from the American Red Cross, the battalion chief said.

Crews initially shut down a portion of Calle Albara, but all road closures were lifted by 6:30 a.m.