The Georgia-Meade and Landis projects combined will add more than 6.5 miles of new bikeways, which is part of SANDAG’s Bike Early Action Program. 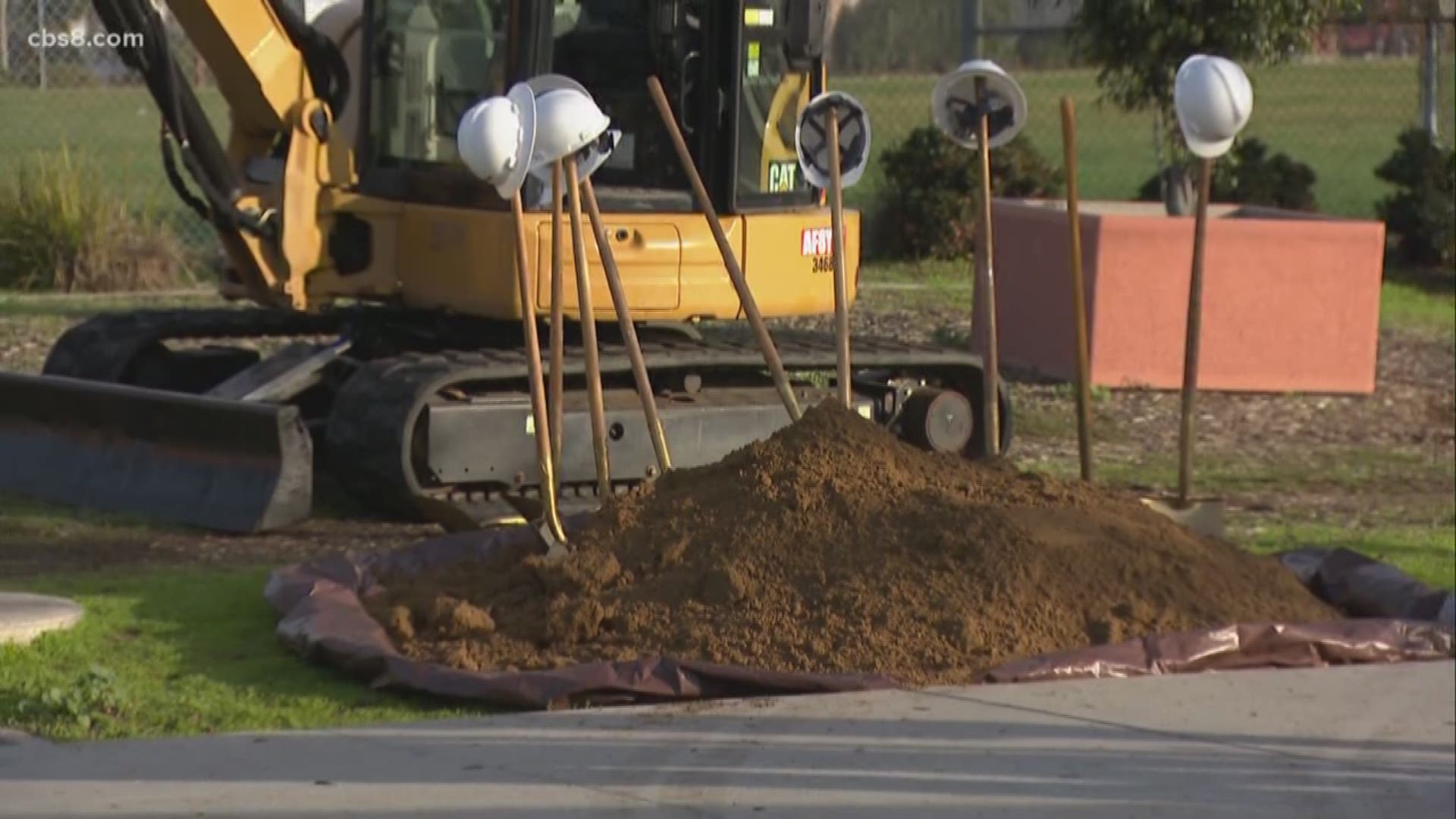 SAN DIEGO — The San Diego Association of Governments broke ground on the Georgia-Meade and Landis bikeways on Thursday as the first phase of the agency's North Park/Mid-City Bikeway Projects.

While supporters of the projects say the new bikeways will improve safety and boost business to Mid-City neighborhoods, others say businesses will lose customers.

"I think it is gong to be transformational," said Colin Parent, executive director of Circulate San Diego - a local nonprofit which advocates for alternative transportation and greater mobility in San Diego neighborhoods.

"Adding bike lanes is great for business, it's great for vitality," said Parent. "[It] allows more people to access the neighborhood and to do it safely."

While some businesses have expressed concern over losing parking spots in the area, Parent said that replacing parking with bike lanes will ultimately bring in more business. 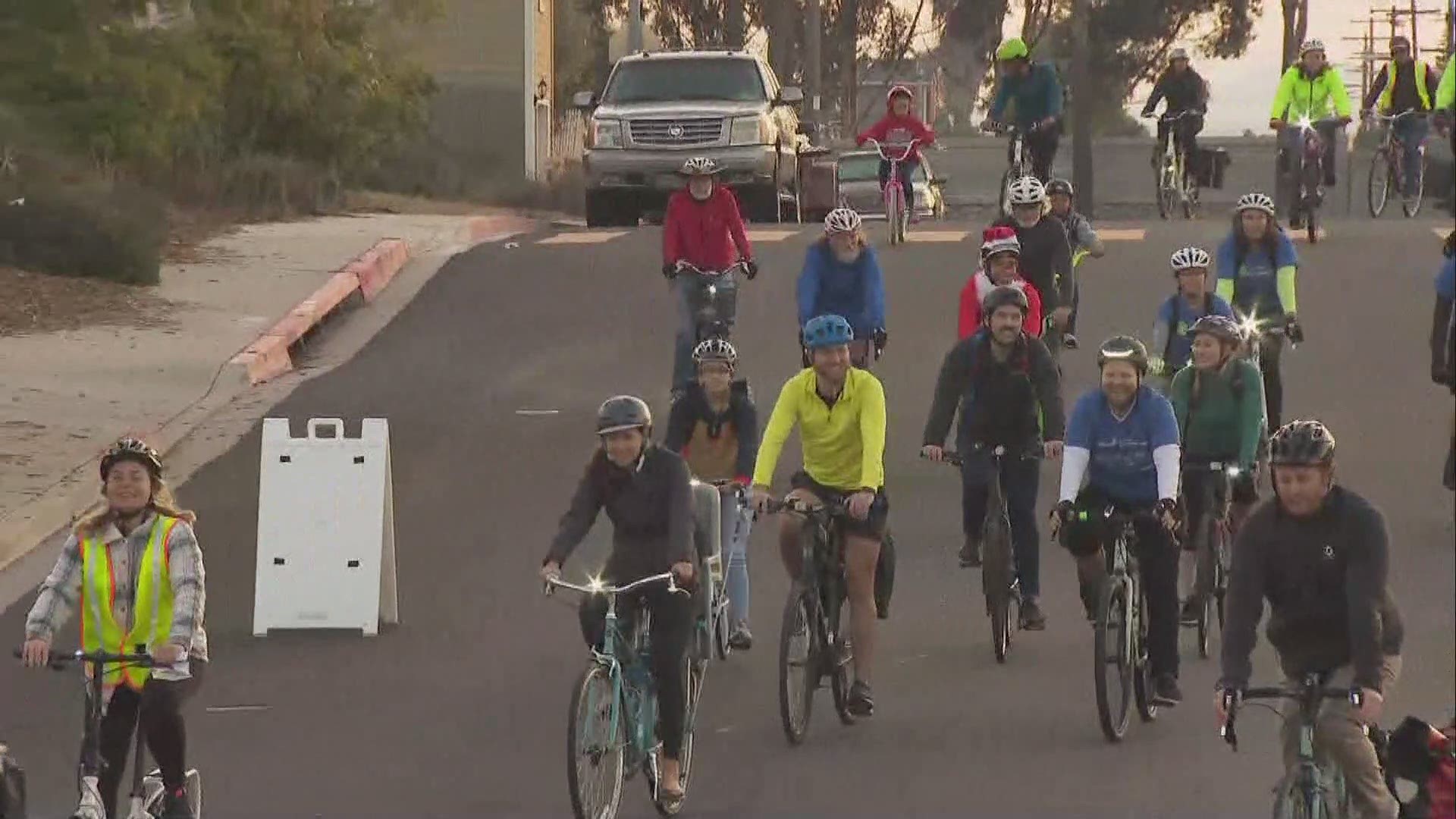 Sam Mattia has owned and operated Mazara's Trattoria on 30th and Juniper streets for the past 33 years. He said he's concerned his popular family-owned business will be impacted by a similar bike path project that has not yet broke ground and will effectively eliminate nearly 450 parking spaces along a two-and-a-half-mile stretch of 30th Street running through the North Park and Mid-City neighborhoods. That project is backed by the city but not SANDAG.

"It's going to hurt businesses for sure," said Mattia. "If they don't find parking, they're going to go somewhere else."

The 30th Street project will remove all parking along 30th from Juniper Street to Upas Street but maintains 103 spaces between Upas Street and Adams Avenue.

A group called Save 30th Street Parking filed a lawsuit against the city earlier this year to try to halt the project.

As a restaurant owner, Mattia is also not yet sold on the plan.

"With everyone complaining, who knows?" he said. "Maybe they will reverse it."

The projects that broke ground Thursday are part of the Bike EAP program which has been many years in the making. In September 2013, the SANDAG Board of Directors approved the $200 million Bike EAP to expand the bike network throughout San Diego. The Bike EAP includes 40 projects that total approximately 77 miles of new bikeways.

SANDAG has said all the bikeways are designed to “enhance neighborhood connections to schools, shopping centers, and parks, as well as transit stations and other major regional destinations.”

The Georgia-Meade and Landis projects combined will add more than 6.5 miles of new bikeways connecting Mid-City areas including City Heights, Kensington-Talmadge, Normal Heights, North Park, and University Heights, according to SANDAG. The two bikeway projects are scheduled to be completed by spring 2022. SANDAG reported that these are the first in that are part of the North Park/Mid-City Bikeways projects, which when complete, will cover 13 miles in the area.

Editor's note: This story has been updated to clarify that the Georgia-Meade and Landis bikeway projects are different than the 30th Street bikeway project.