Kadence said, "This was a life lesson for me because I figured out that some people can’t keep their promises. Life isn’t fair all the time” about the situation. 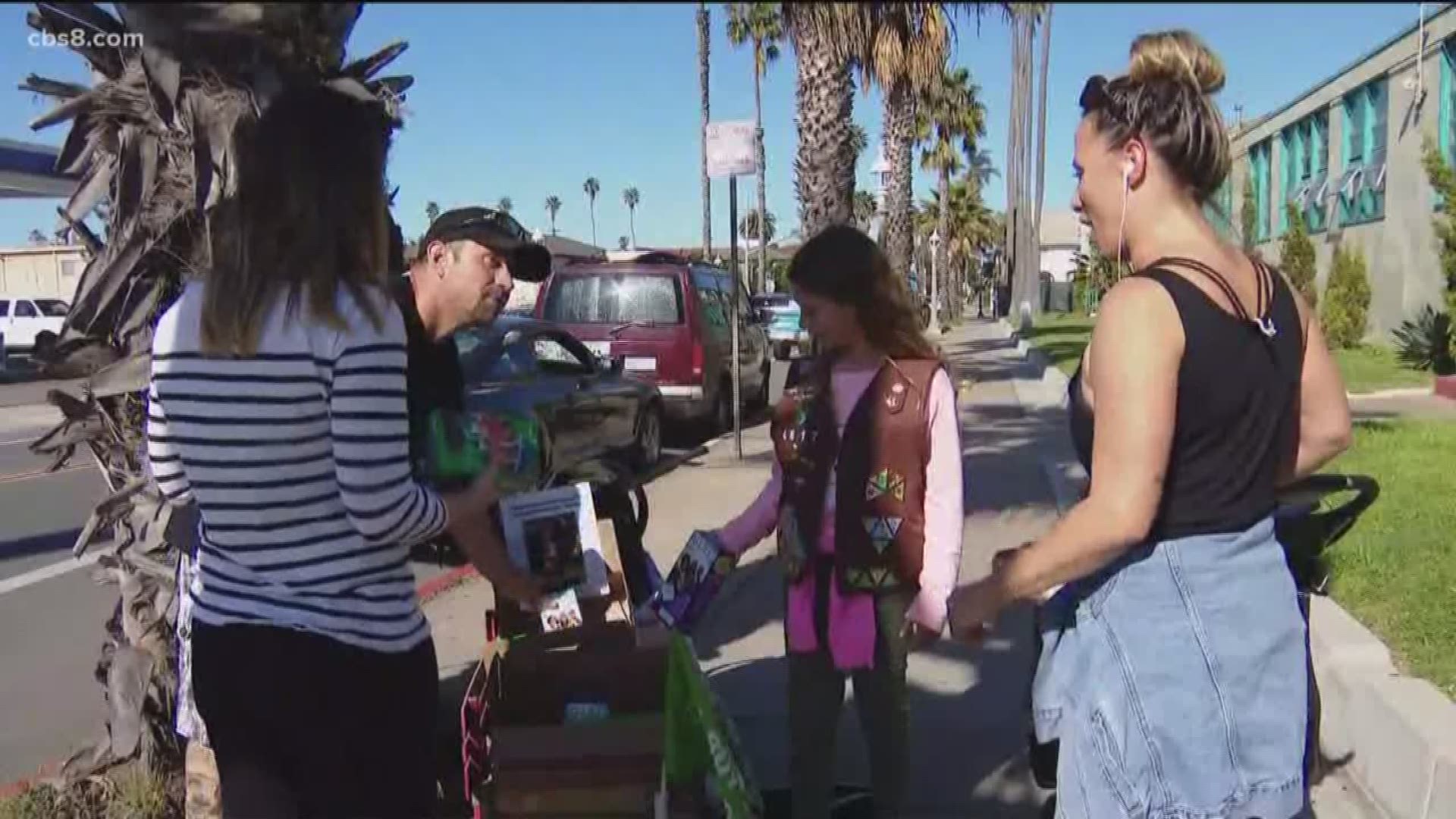 A local Girl Scout is now scrambling to sell the last of her cookies after her family says they were scammed.

Chris Casey of Ocean Beach says his neighbor offered his 9-year-old daughter, Kadence, to sell two cases of cookies at his winery.

"I said. 'what am I supposed to tell her that the contract doesn’t count because a kid wrote it up?'” said Casey.

They even had Kadence draft up a consignment contract, but weeks went by and they never heard back until Monday, when the neighbor brought back both cases of cookies that were not sold.

"This was a life lesson for me because I figured out that some people can’t keep their promises and you just have to live that way. Life isn’t fair all the time,” said Kadence.

The good news: lots of people in Ocean Beach have rallied behind Kadence and helped get the cookies sold before Sunday’s deadline.

The father posted this to an Ocean Beach Facebook page: "Local OB Girl Scout gets shammed and stuck with 2 cases of cookies with only a few days left to sell them and is told that “her kiddy contract doesn’t mean a thing” ?!?!?!

Our neighbor who owns a short term vacation rental and winery (the winery is NOT located here in OB...to Be clear...IT IS NOT OUR LOCAL WINERY on Newport) had an idea and convinced Our Girl Scout to front them 2 cases of cookies on consignment for him to give and sell to his customers at his winery. It was his idea that they should collaborate and work together for her to learn business and to help each other out. He even told her to go home and write up a consignment contract to have him sign to make it official with a deadline for any unsold cookies or money to be returned to us by February 26th latest.

We’ve been trying to contact them to no avail for a month to see how it was going, but never heard back.

Long story short, they hoarded 24 boxes of her cookies for 5 weeks and never set them out. The mans wife decided to finally return every single box back to her yesterday a week after their deadline, and told us that “Kadence’s contract doesn’t mean s#*+, and to sue her if we wanted, but that they couldn’t be responsible for them and has no idea why her husband would ever agree to help.”

With that said, do we have any amazing neighbors who would like some Samoa’s or Thin Mints to help her sell these remaining cookies before we are stuck having to purchase them ourselves? We are willing to deliver anywhere local! Thanks in advance to our awesome community!!!"