Liberty can sense when Neely is feeling anxious and knows how to calm him down. She also provides him with a sense of security in public. 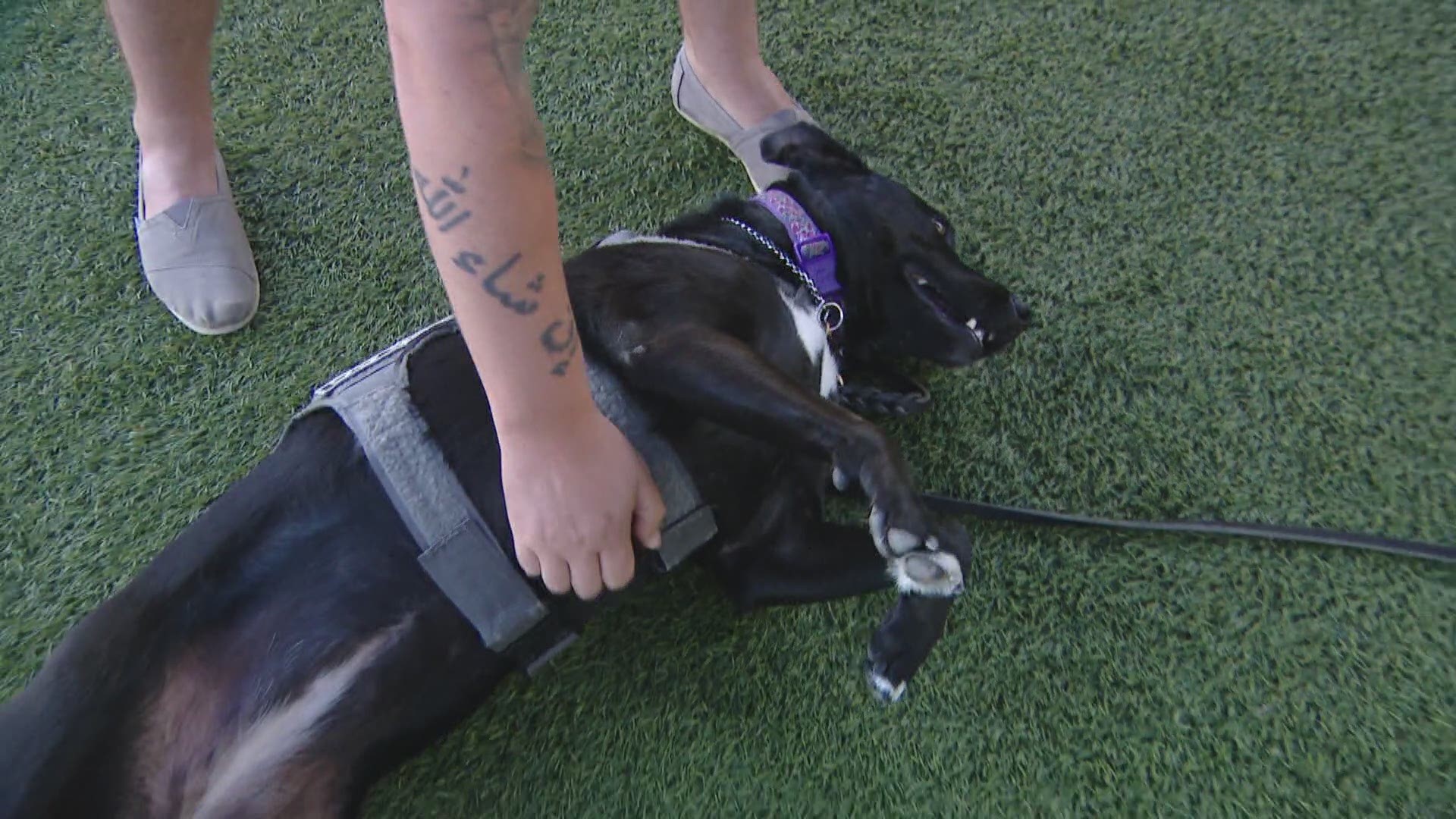 SAN DIEGO — Aaron Neely signed up for the Navy when he was 17 years old and a few months later he was heading to Iraq.

“I saw some pretty awful things. I think it was challenging to go through Fallujah, especially to see combat and aftermath of combat.”

After three deployments, Neely was no longer his happy-go-lucky self and at age 21 he tried to commit suicide.

“When you're miserable, you hope this is all going to end and I think that's what leads to a lot of suicides. You see that's the way out, because you feel your pain is perpetual.”

Then, Neely got help, but still had a feeling that he was simply existing and not living. It got to the point where he never wanted to leave his house.

“I really feel like in a lot of ways I was alive, but I was dying of a mental illness.”

In December 2018, Neely was connected with Liberty a service dog who is specifically trained by the non-profit Shelter to Soldier to help veterans dealing with PTSD.

“This is Liberty. She's a black lab mix and she's been trained to help me with PTSD,” explained Neely.

Liberty can sense when Neely is feeling anxious and knows how to calm him down. She also provides him with a sense of security in public. Without question, Liberty instantly changed Aaron's life for the better.

“When she's there, I just feel in the moment and I think that's the most powerful thing she can do for me is allow me to connect with another human being,” Neely continued.

Neely was a guy who didn't want to leave his house and now he is going to pro football games and more importantly is in a better mental state to reconnect with his two children.

“Regaining confidence and getting out and doing stuff for myself and particularly more with my family, my quality of life is better,” Neely said. “She gives me purpose every day and we're a team and I love her so much.”

Neely knows Liberty is not a cure for PTSD, but she's an important tool for a better tomorrow and he hopes other veteran's suffering will hear this story and contact organizations like Shelter to Soldier for help.