Earth 8: Microplastics are polluting beaches at an alarming rate

Researchers at Scripps Institute of Oceanography say microplastics are being found in the deepest part of the ocean. 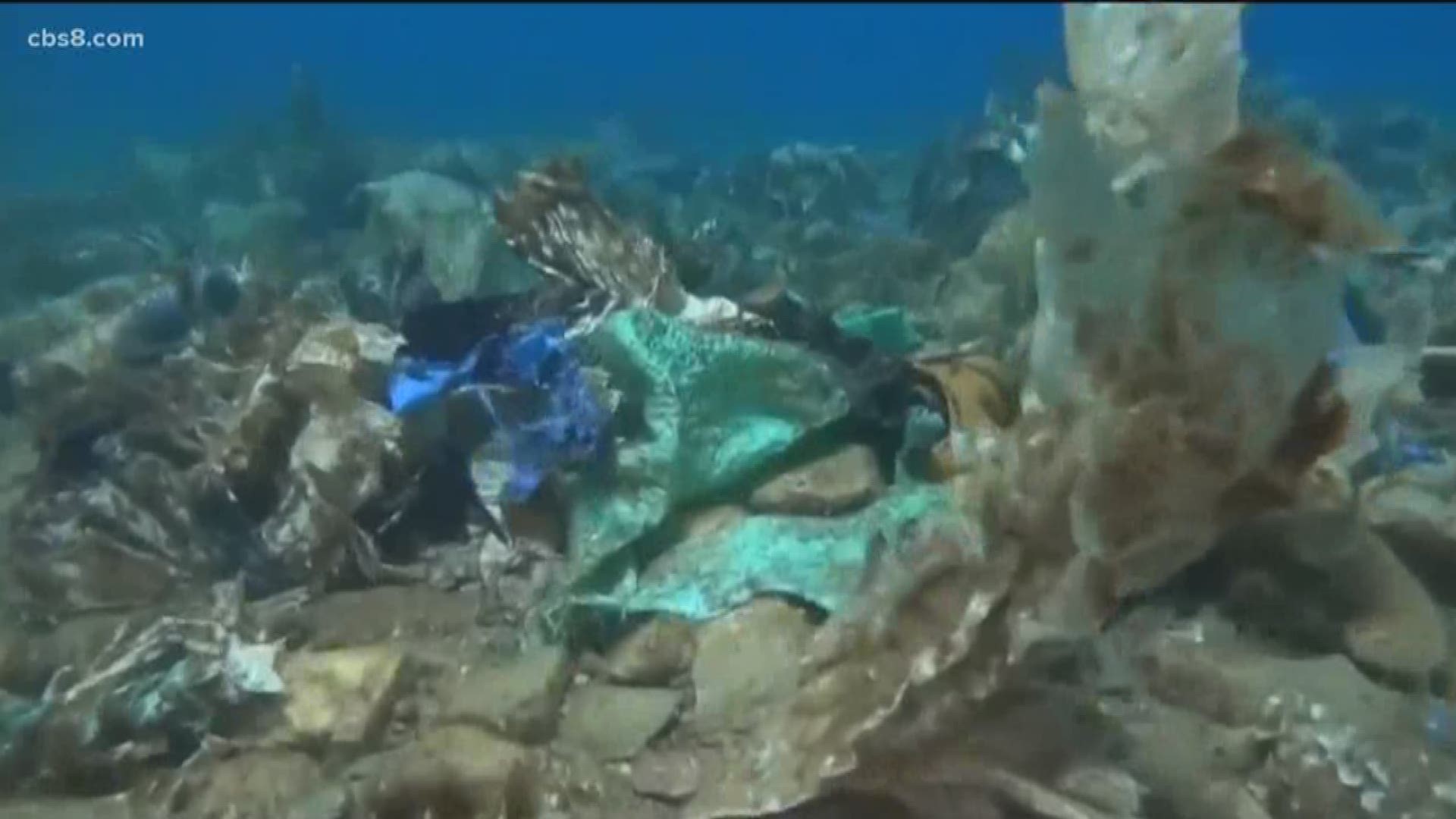 SAN DIEGO — Microplastics, which never fully biodegrade, can be found everywhere – in the sand, in the water, and at San Diego beaches.

Now, researchers at Scripps Institute of Oceanography say microplastics are being found in the deepest part of the ocean.

“There is some plastic you can see [because] it is big enough, like a broken water bottle, but a lot of it, if I were to sit on the sand, I would find tiny pieces,” said Jennifer Brandon, a biological oceanographer at Scripps Institute of Oceanography.

Jennifer has been studying microplastics for the past five years. As part of her research, she took a sediment sample from Santa Barbara basin.

“We can drill sediment back from hundreds and thousands of years. You can literally follow time through the cores,” she said.

Jennifer discovered the amount of plastic fragments has been increasing exponentially since the end of World War II.

“It is harmful for us to be sitting in it, to be swimming in the ocean with it. It is not harmful to us, but its harmful to the animals in the sand. It is their ecosystem. It is small enough and they’re small enough that it’s the kind of same size of their food so it can be harmful to them,” she said.

Jennifer said the microplastics are “even on our clothes. We shed it going into the water. Our swimsuits shed it. Wetsuits shed it. They are synthetic plastic.”

What can humans do to reduce their plastic footprint?

“You do not need to wrap produce before you grab it at the grocery story,” she said.

Jennifer said one can purchase clothes made of cotton, wool, or silk – all which are biodegradable.

“We need to think about how we are washing our clothes, what we are making clothes out of, and how we are handling our microfiber problem,” she said.

“I think the younger generation is really waking up to this issue and really wants to make change. My big message to them is there is a lot of ways to make change – on the individual level, on the legislative level, asking companies to make big changes,” she said.