The butterflies migrate to their overwintering habitat along the coast where this year the numbers are so low, experts are concerned they could disappear completely. 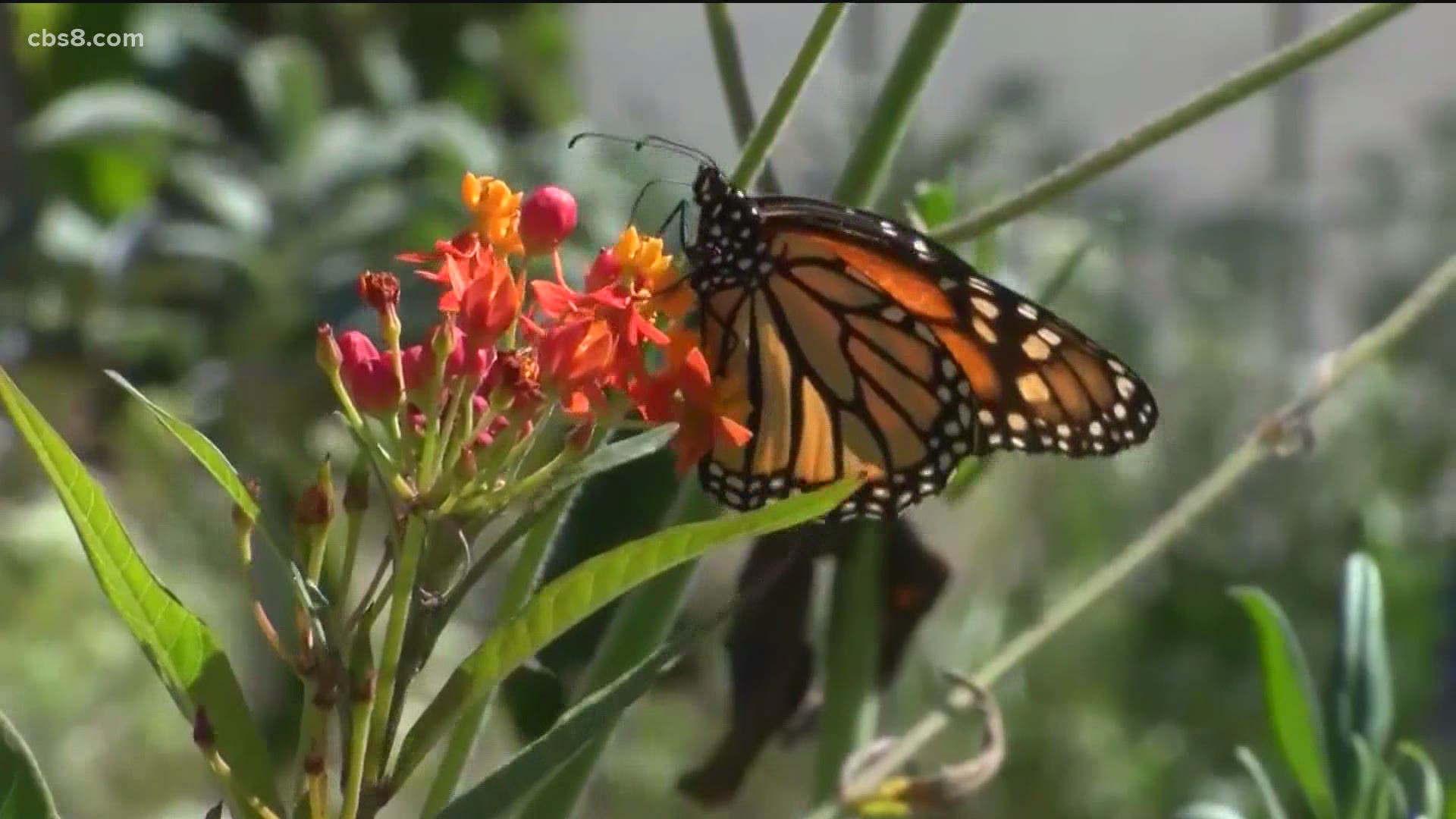 SAN DIEGO — In the 1980's there were millions of Monarch Butterflies overwintering on the coast of California, now those numbers have declined dramatically. Sarina Jepsen is the direct of endangered species at the Xerces Society for Invertebrate Conservation.

"Within North America they primarily breed in the United States a little in Southern Canada and Southern Mexico and the Monarchs spend the winter in two places, the mountains of Mexico and the California coast," Jepsen said.

The Monarch Butterflies will cluster together by the thousands to generate heat and ride out the Winter.

"In a place like Pacific Grove, California in 1997 there were 45,000 Monarch Butterflies at that one site and that was one of hundreds of locations where Monarchs overwinter in California," Jepsen said. "Then three years ago the numbers dropped to 30,000 monarchs and held steady for two years. We had 30,000 Monarchs on the California coast."

Since the millions of Monarch Butterflies were counted, their number have declined dramatically and while we mostly see these beautiful little guys in the spring and summer once the cool weather of fall arrives, they migrate to their overwintering habitat along the coast - places like Monterey Bay and Pacific Grove, California, where this year the numbers are so low experts are concerned, they could disappear completely.

"Researchers have predicted that once the Monarch population goes below 30,000 butterflies in the west it would spiral to extinction," she said.

Jepson's fear is that might be happening. "Last year we had 30,000, this year we had 2,000 so my concern is that the prediction is coming true."

Jepsen says there are multiple reasons causing the decline.

"First and foremost is habitat loss and habitat loss, both their over wintering habitat which continues to be cut down each year as well as the areas where they breed."

In the central valley of California agriculture pesticides are contaminating milkweed.

The count bottomed out in Pacific Grove California

"This year at the Butterfly Sanctuary in Pacific Grove we had zero, in a town that calls itself Butterfly Town USA."

As dire as it sounds individuals can help.

"So, we recommend planting milkweed, native milkweed and native flowers to support the monarch population early in the season."

Sarina believes the monarch butterfly is worth it!

"My hope also is that enough people get involved and that we can actually make a difference."

To help the effort Moosa Creek Nursery and its partners is going to make it easier by providing a free-soil moisture meter when you by native milkweed from its distributors across San Diego. Go to http://www.moosacreeknursery.com/  Use promo code channel8SS to receive this.

The promotion will last through the end of May or until supplies last. Plants ordered on the Moosa Creek website will be delivered to the retail partner closest to the customer. The customer will be asked to select a retail partner when placing the order online.