After dangerously cold temperatures moved through the southern United States, Starship, that last remaining turtle, should be ready for release in the coming weeks. 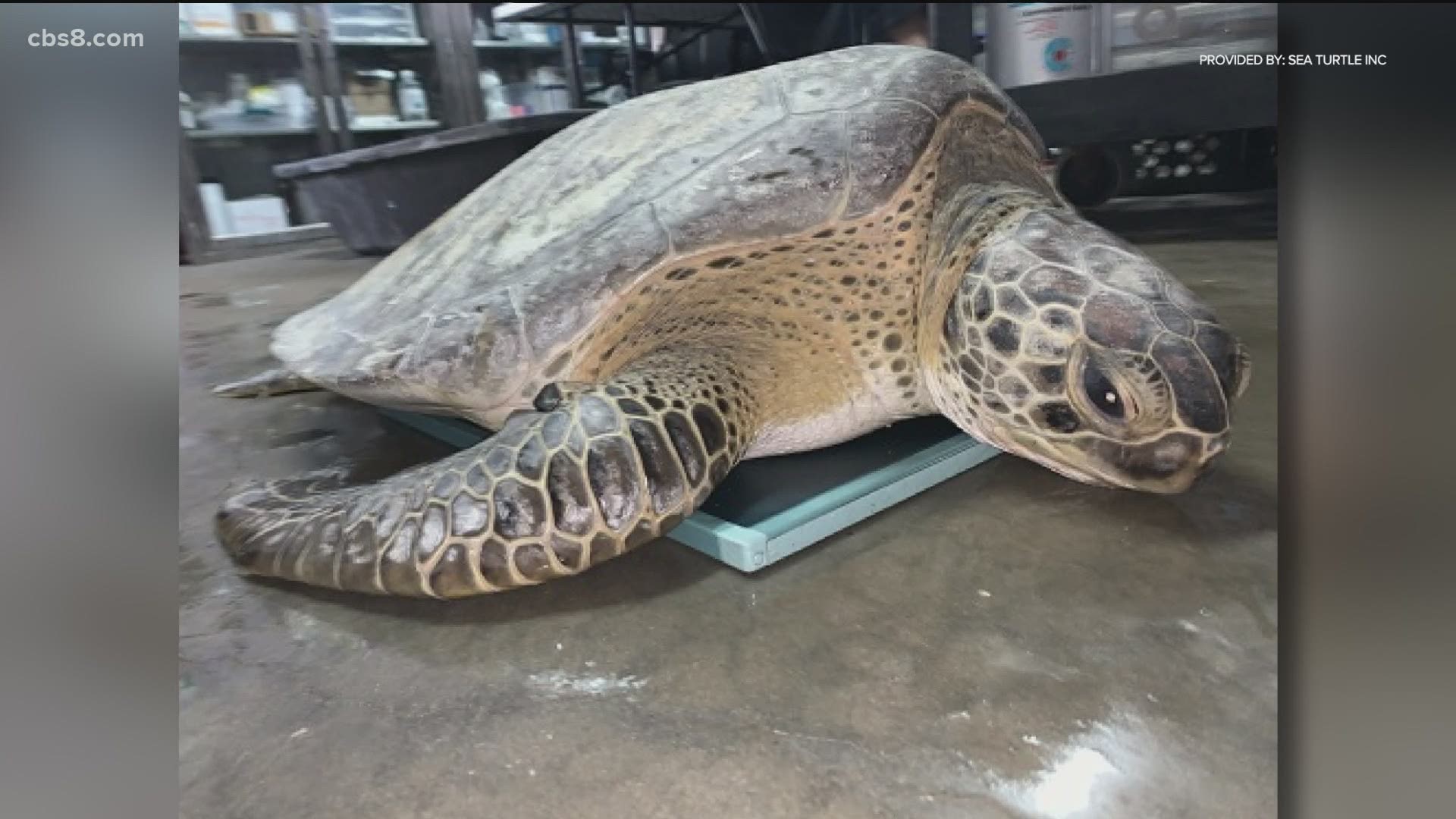 SOUTH PADRE ISLAND, Texas — Months after record-breaking cold temperatures filled the southern U.S., an environmental nonprofit in Texas is preparing to release the final cold-stunned sea turtle they rescued back into the ocean.

In February, the organization Sea Turtle Inc. on South Padre Island made national news, rescuing thousands of sea turtles that were cold-stunned and in harm's way after arctic temperatures flooded the south and the water in the Gulf of Mexico. When ocean water turns abnormally cold, endangered sea turtles face the danger of drowning or being hurt by other marine traffic. Leaders with the organization say the more than 5,000 sea turtles were at risk of dying during the abnormally cold temperature spell.

“Before February 13th happened, the largest cold stun event was about 800 turtles. We never envisioned that we’d be sitting there with more than 5,300 sea turtles," said Wendy Knight, the Executive Director of Sea Turtle Inc. on South Padre Island.

Under a normal cold stun event, volunteers and staff would bring those turtles to the beach a few days later and let them go. But with Texas’ cold temps lasting longer than just a few days, they had to come up with an alternative.

“In this scenario, we were many days later still in arctic cold temperatures," said Knight. "We ended up having to take them out into the ocean to get to water temperatures above 62 degrees and let them go there.”

Now, months later, the organization has one remaining cold-stunned turtle that stuck behind after health issues were uncovered during the rescue process.

Knight told us about the process of re-releasing the thousands of turtles.

“We have incrementally been releasing turtles," she said. "We have one sole lingerer, Starship, who is our last cold-stunned turtle left to release.”

The organization is now gaining quite a following on social media as they live-stream those releases. Knight says Starship, that last remaining turtle, should be ready for release in the coming weeks. She says while the last several months have been challenging for their small organization, they rose to the occasion.

“This single storm could have wiped out the legacy. In the 10 years before this, we had rescued about 1,800 cold-stunned turtles. We had more than that in the first 24 hours of this storm" added Knight.

But their mission of saving and protecting sea turtles continues year-round. They say they rely on donors and volunteers to continue helping the endangered sea turtles.

Watch: Frozen sea turtles rescued from arctic blast and released back into the ocean