The Promises2Kids program offers financial, logistical and emotional support to foster youth who turn 18 and want to pursue higher education. 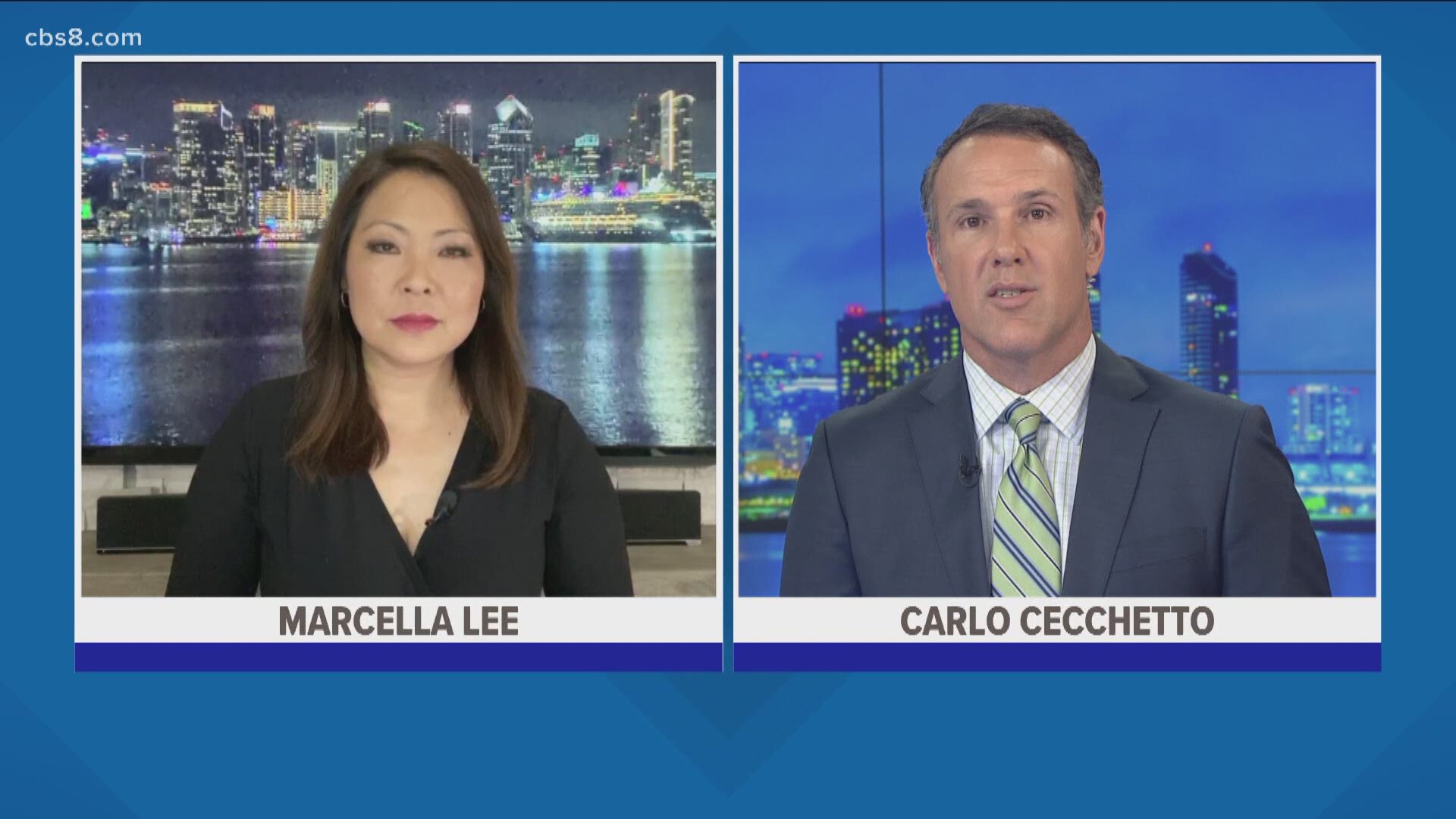 SAN DIEGO — The coronavirus pandemic has affected all of us, but it's been especially challenging for former foster youth enrolled in universities, community colleges and trade schools.

They have no families to fall back on for support during this difficult time, and that's where the local non-profit, Promises2Kids, steps in as a crucial safety net.

The organization's Guardian Scholars Program provides critical resources to foster youth as they age out of the system and venture off to college or other forms of higher learning.

"Looking back at it, the odds were very low," said 19-year-old Guardian Scholar Ikemba Dyke, reflecting on how likely it was he would make it to college, after experiencing extreme poverty and even homelessness.

He just finished his freshman year at San Diego State University and is grateful for the support he's received as a Guardian Scholar. A decision he made three years ago made it possible for him to be where he is today.

Ikemba was raised in Jamaica, but at the age of 16, he says he showed up at the airport with his U.S. Passport and a one-way ticket he'd purchased with money he'd been saving. He said he knew he didn't want to live in poverty and was determined to get back to the states.

He admits he was somewhat surprised no one stopped him from boarding the international flight without a parent or guardian.

After arriving in San Diego, he said he tried to connect with people from his past, but ended up in the foster care system.

Ikemba said he's thankful for his supportive foster family who introduced him to the Promises2Kids Guardian Scholars Program, which helps provide financial, logistical and  emotional support to foster youth after they turn 18 and head to college.

"Sometimes I pinch myself, it's so real," said Ikemba.

"I know that a lot of hard work, studying, trying to make myself better and working hard" has paid off, he said, adding that he's extremely appreciative of where he is at this point in his life.

Nationally, about 30 percent of former foster youth end up homeless within two years of aging out of the system, according to Tonya Torosian, CEO of Promises2Kids.

"We step in to really make sure that they have that "family feel" support, as well as a financial security blanket that they need."

A major car repair can suddenly derail a former foster youth to the point of homelessness, said Tonya. It's her goal to make sure these Guardian Scholars aren't put in the position of having to drop out of school in order to work, just to make ends meet.

"The is program is awesome, it's absolutely awesome," Ikemba said.

"It's life-changing; giving young students and youth like myself the opportunity to go on for a four year education or anything post-secondary is just awesome."

The coronavirus pandemic has created some additional challenges for these students, however.

"The biggest impact has been their loss of income through unemployment," said Tonya, who is counting on generous San Diegans to help bridge the cap for these students.

"If you want to help a former foster youth, really think about what you would do for your own child and what help they would need."

Tonya suggested gift cards to Von's, Target, Walmart and similar stores, so students can buy food and essentials. She said donations to help Promises2Kids provide cash assistance directly to the youth is much appreciated and needed as well.

In addition, there's an urgent need for 30 to 40 mentors to be matched with new Guardian Scholars as soon as June.

Ikemba said mentors offer a unique gift to foster youth, impacting their lives in a positive way.  He said his mentor Raymond is a priceless lifeline.

"He gives me a lot of good advice," Ikemba said, "stuff to stay away from in college and stuff to do. Just having someone to talk to, you know?"

Especially during this time of social distancing, he said it means a lot to have someone reach out and care about you.

Ikemba will be the first in his family to graduate from college, as is the case for more than 90 percent of guardian scholars.

"Thank you, I'm very appreciative," said Ikemba. "What they do for us is just out of this world.

May is National Foster Care Month, so what better time than now, to support a foster youth.

If you'd like to be a mentor for a Guardian Scholar, you can learn more information here.

To make an online donation to Promises2Kids, click here. Donors should add the word "COVID" in the comments box of the link.

If you'd like to donate a gift card to Promises2Kids, it can be mailed the following address, as no visitors are permitted at their office: