Natasha and Tatiana Crenshaw, who are 17-year-old twins, both have cerebral palsy. They have struggled with depression and tried to commit suicide. 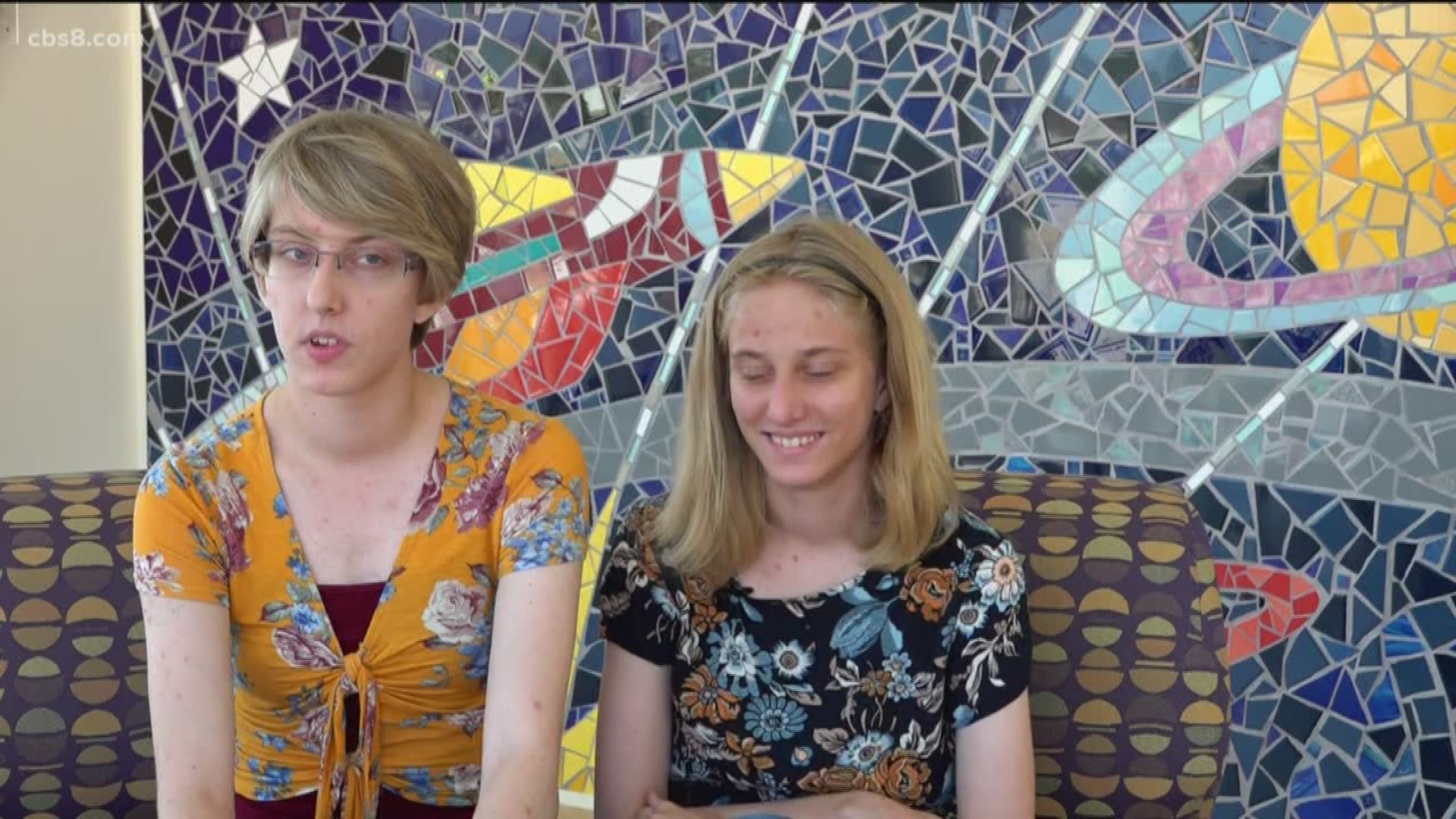 Natasha and Tatiana Crenshaw, who are 17-year-old twins, both have cerebral palsy. They have struggled with depression and tried to commit suicide.

“I remember standing on the chair with a noose and looking at it and trying to figure out how long it’s going to take to make the pain go away,” said Tatiana.

Tatiana tried killing herself when Natasha, who has autism, was at Rady Children’s Hospital receiving treatment for attempting to end her life several times.

“It can be a bit complicated at times because my challenges can lead to frustration in the household,” said Natasha.

Isolation and depression started when other kids couldn't understand why the sisters didn’t walk normally due to their cerebral palsy.

“The other kids didn’t like us because we were different or acted strangely to them,” said Tatiana.

Rady’s Child and Adolescent Physiatry services or CAPS Program said there are three steps parents can do to help prevent suicide.Keep the lines of communication open with your teens. If you notice something change, ask them about it, and if you notice something, seek help.

“It is ok to go to counseling. It can help you. It does get better,” said Natasha.

Help is what saved the twins’ lives.