The moment Catarina's implants were turned on was caught on camera. 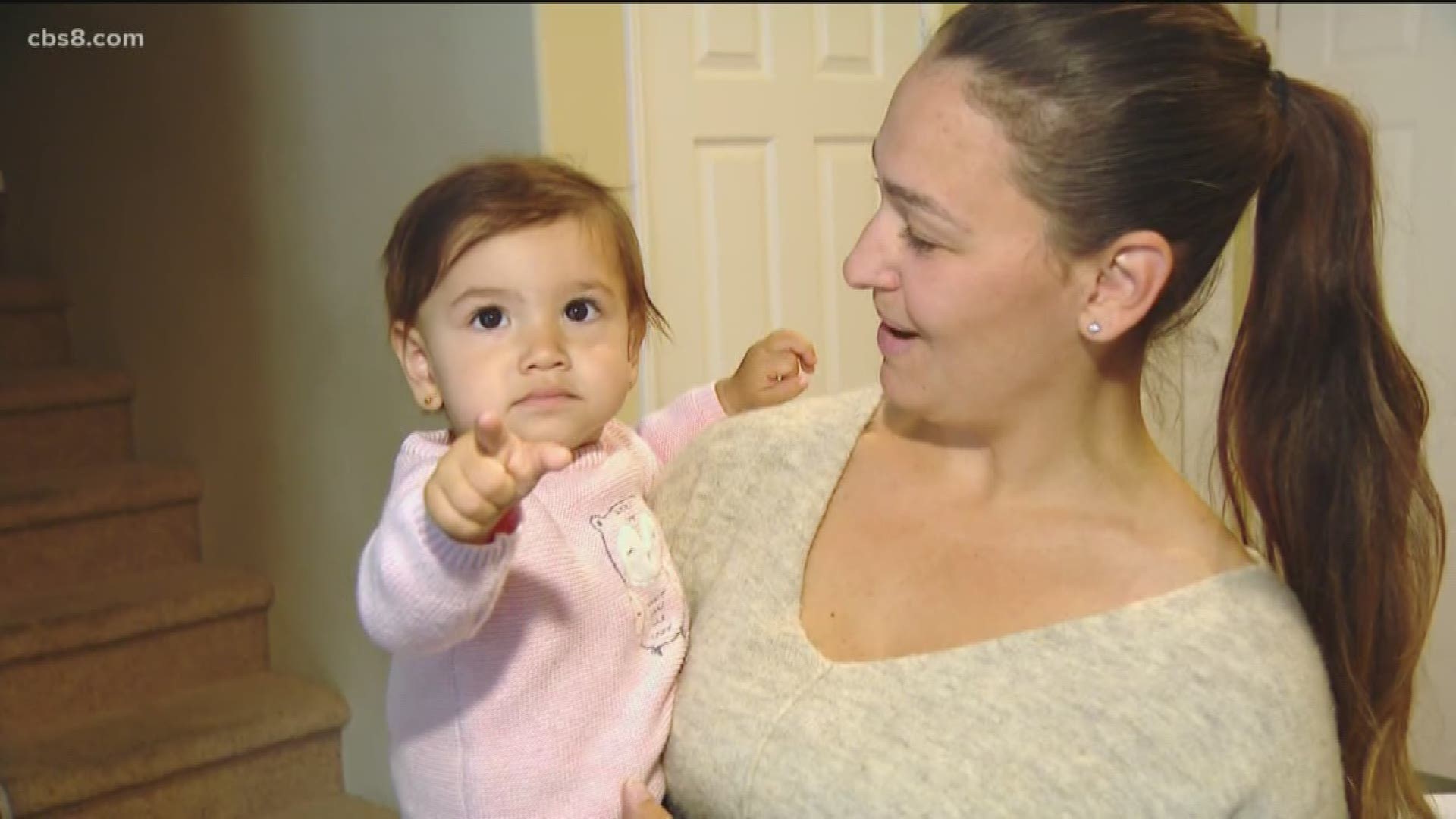 SAN DIEGO — When Catarina was born, her mother Juliana Maltez says she knew something was wrong when she failed the hearing test all newborns undergo. Doctors at Rady Children’s Hospital soon discovered she was deaf in both ears.

The moment Catarina's implants were turned on was caught on camera.

Doctor Daniela Carvalho performed Catarina's surgery. She explained cochlear implants send electrical stimulants to the nerves directly enabling a patient to hear. An electrode is implanted into the inner ear and has a magnet at the end. That attaches to a magnetic microphone which patients like Catarina wear on the outside of their head.

Officials at Rady Children's said they perform 50 of these surgeries a year on children as young as 6 months old. They shared an image of what the implant looks like (seen below).

Catarina’s family is praising doctors, and technology for allowing their little girl to hear.