Jim Scyphers received over 500 birthday cards from around the world wishing him a happy 90th birthday. 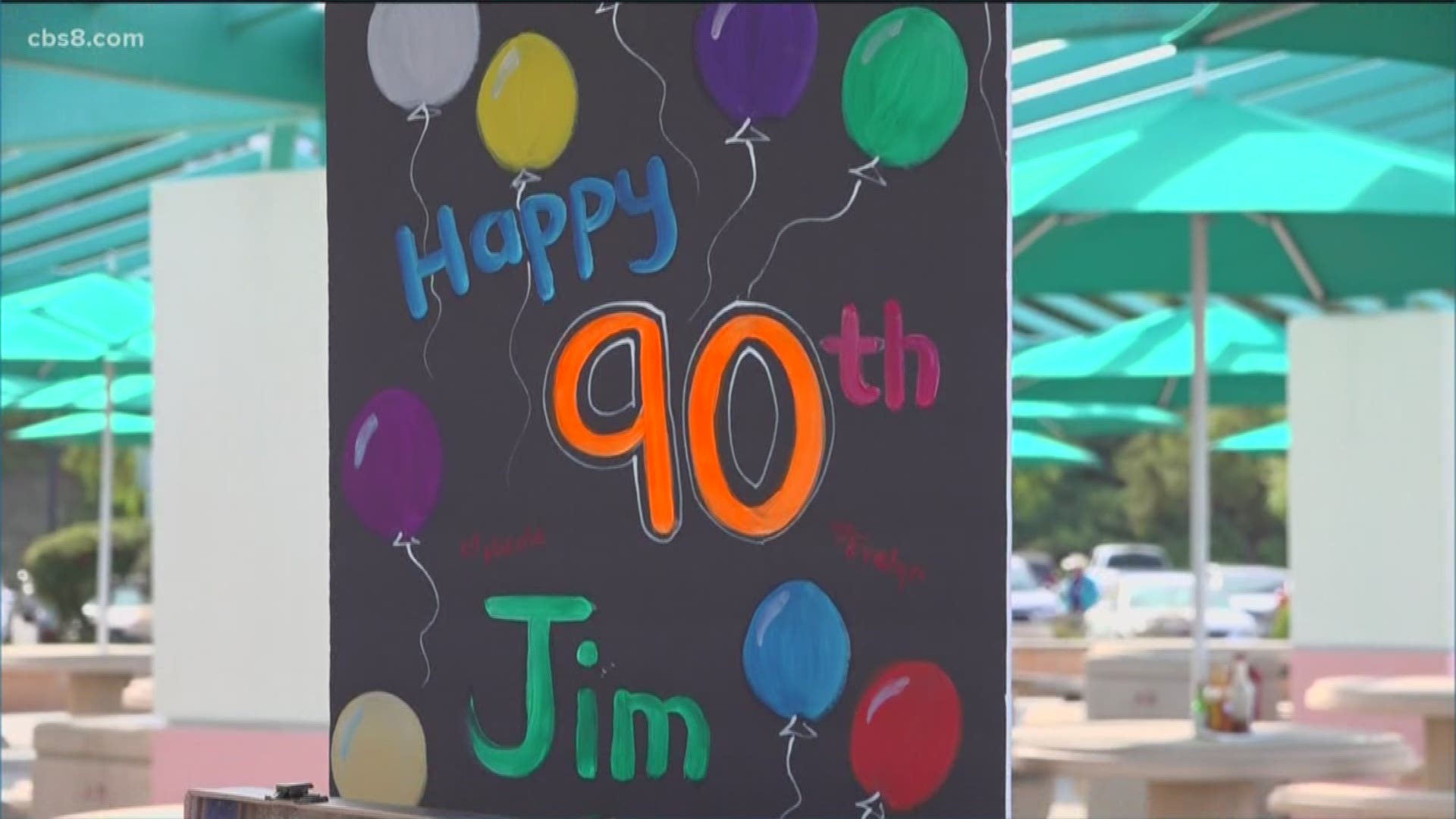 SAN DIEGO — An Army and Navy veteran in San Diego celebrated a big birthday Wednesday with an even bigger surprise.

Jim Scyphers, who turned 90 years old, said, "I have never had a birthday like this," after being surprised at a veterans home in Chula Vista where he lives.

Jim received a huge box filled with hundreds of birthday cards from people across the country and the world.

Sye Subkow, a pet therapy volunteer, came up with the idea just three weeks ago. She posted a plea on Facebook asking for people to send cards to Jim, who has no family, to help make his 90th birthday extra special.

"I was truly hoping for 90 cards because it's his 90th birthday, and as of last count this morning, we had over 500 cards," Sue said.

She said there were cards from every state in the country and from around the world.

"I had a couple people who couldn't get cards here so they emailed them from Australia, New Zealand," Sue said.

Sue, whose late father was also a veteran, met Jim a couple of years ago while he was in the hospital.

"He's the same age as my dad would have been," Sue explained. "So I instantly had a little connection with him."

After Jim was healthy enough to move into a veterans home, Sue continued to visit him with her therapy dogs. For his 90th, she invited several pet therapy teams from Love on a Leash  to attend the surprise birthday bash. Sue is on the board of the non-profit, and has been volunteering for the charitable organization since 2009.

She says giving back to the community with her pets, and spending time with people like Jim who often have no other visitors, is incredibly rewarding.

For Wednesday's surprise, she told Jim she was just going to have a couple friends swing by for lunch, but when he rolled out into the outdoor picnic area, Jim was greeted with a balloons, cake, gifts, dogs, and a huge crowd that sang "Happy Birthday" to him.

"I did not have any idea about this," Jim said with a huge smile, adding, "that Sue's a sneak!"

The request for cards was also shared on the Scripps Ranch community's information page, and more than half of the cards came from there, with elementary and middle school kids making cards and sending gifts.

Jim received puzzles and books. He loves to read, and now he'll have plenty to keep him busy for a while.

Jim said he couldn't be more thankful to Sue and the more than 500 others who helped make his 90th birthday his best birthday ever.

He humbly said, "It's hard to believe somebody like me could draw so many people in."