Jodie Grenier quickly realized the need for women leaving the military to receive transition assistance, and she dedicated her professional life to that mission. 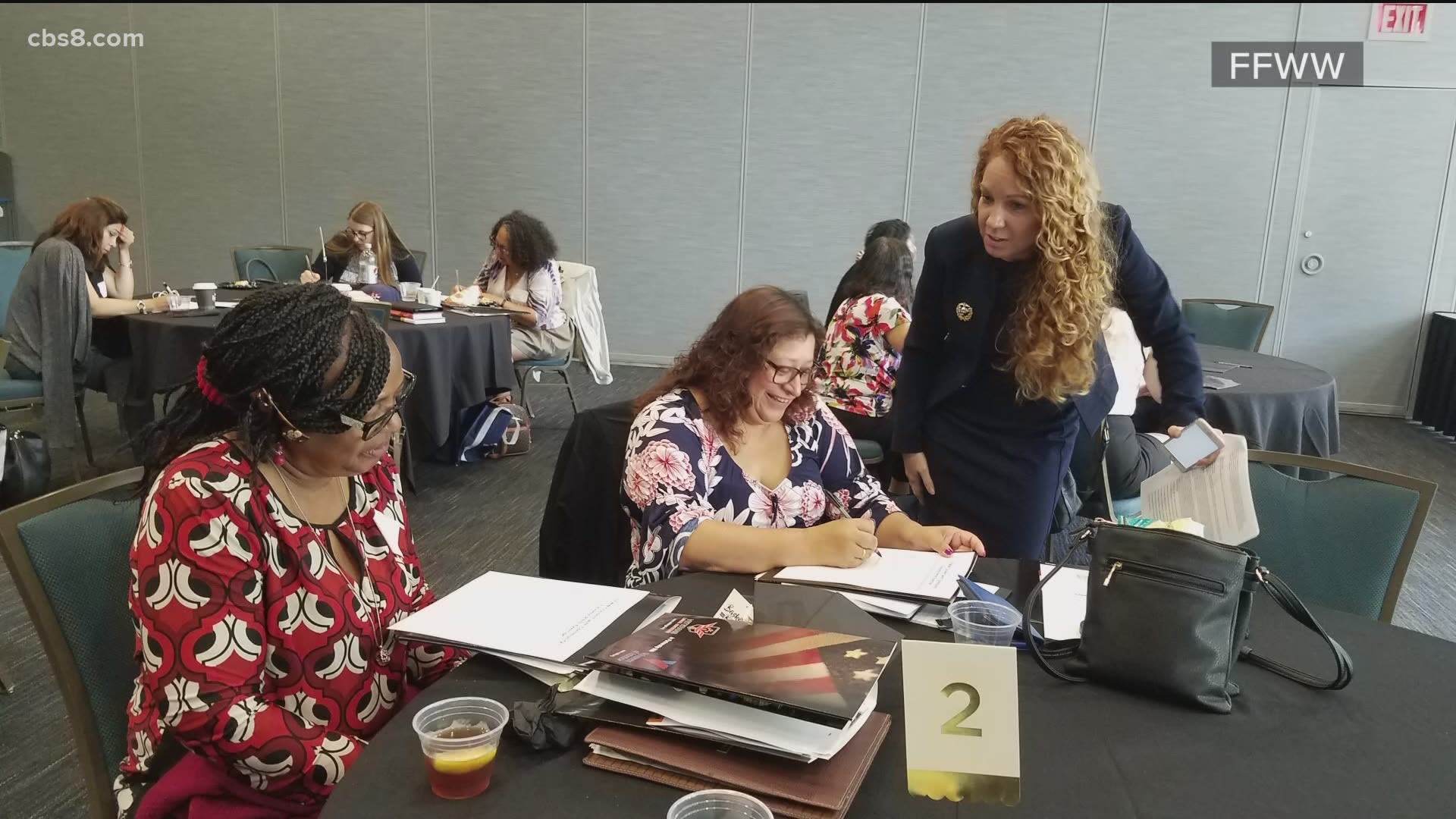 SAN DIEGO COUNTY, Calif. — Many women who leave the military suddenly find themselves feeling very alone, but a San Diego non-profit called Foundation for Women Warriors is giving women the support they need to be successful after their service.

“At the wee age or 19, I found myself in Kuwait preparing to invade Iraq,” she said.

Grenier, who was stationed for a while at Camp Pendleton, deployed twice to Iraq during her time in the Marine Corps. Working as an intelligence analyst, she put her life on the line to assess dangerous situations.

“I was fusing all this information and then briefing unit commanders on what their most advantageous and most likely course of action should be to mitigate threats to troops," she said.

The military trusted her with saving lives, but when Jodie left the marine corps in 2005, she struggled with her transition to civilian life.

“As a woman, my service was questioned,” she said. “Whether I actually contributed in the same way my male peers had.”

Grenier quickly realized the need for women leaving the military to receive transition assistance, and she dedicated her professional life to that mission.

“When you serve in the military, you're a bit isolated,” Grenier said. “Your network is within the military. So we are providing them one on one introductions, having on site mentoring, talking about negotiating for salary.”

The Foundation for Women Warriors, which is about to celebrate its 100th anniversary, also provides a critical safety net for female veterans.

Foundation for Women Warriors has served over 35 hundred women and children since Granier joined in 2016.

RELATED: Netflix 'Pandemic' scientist says his team is closing in on treatment for COVID-19