Paramedics took the men who had been aboard the bi-plane to nearby Sharp Memorial Hospital with "major trauma," but the two were conscious and speaking to medics. 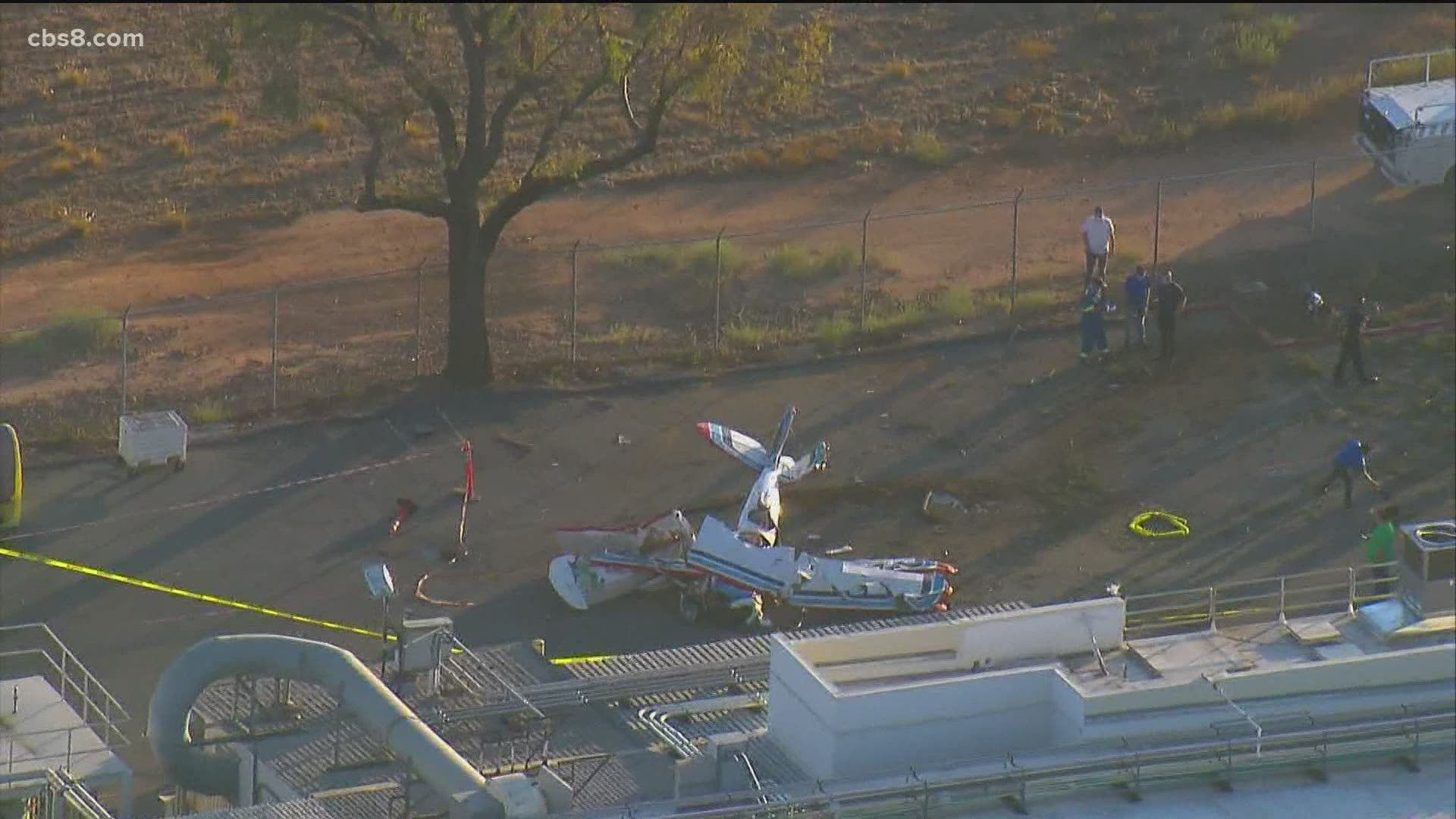 SAN DIEGO — Two men were hospitalized with "major trauma" Thursday afternoon after a flight-trainer biplane crashed behind a building in Kearny Mesa, according to the San Diego Fire-Rescue Department. The crash was reported just before 4:30 p.m. in the 8600 block of Balboa Avenue just north of Montgomery-Gibbs Executive Airport also known as Montgomery Field.

"(The pilot) had literally just taken off when he tried to turn right back because he knew he had a problem," said San Diego Fire Battalion Chief Dan Eddy.

Officials with SDFRD and the Federal Aviation Administration said the Great Lakes 2T-1A-2 went down for unknown reasons with the two men on board.

"He tried to do a quick loop back to catch the airport but lost something, hit the trees directly behind here and landed directly in the parking ln the rear of Kyocera," Eddy said.

Paramedics took the men who had been aboard the plane to nearby Sharp Memorial Hospital, according to Eddy, to be treated for "major trauma injuries". . Their names and details on their injuries were not immediately available.

"Luckily both of them were talking to us when we pulled them out," Eddy said.

The location where the plane crashed was behind a building where hazardous materials are stored and a high-voltage tower. Eddy said if the plane had hit the building the situation could have been much worse.

"The back lot of Kyocera has a huge high-voltage area, and also has a power cell area and multiple hazardous materials in the back," Eddy told News 8. "If that plane had hit it  we would have had a completely different outcome than what we had today."

"They had luck on their side," he added. "Where it fell in the parking lot, I don't think it could have fell [sic] in a better spot."

NTSB spokesperson Eric Weiss told News 8, "The NTSB is still determining the level of damage. If the damage is substantial, the NTSB will investigate the case and determine probable cause.

NTSB is en route to scene of two-seater plane crash in Kyocera parking lot in Serra Mesa: two men on board taken to Sharp Hospital to be treated for major trauma @CBS8 pic.twitter.com/q98N7RbFw6