The pilot and sole occupant of the single-engine Cessna 185 was unhurt, SDFD reported. 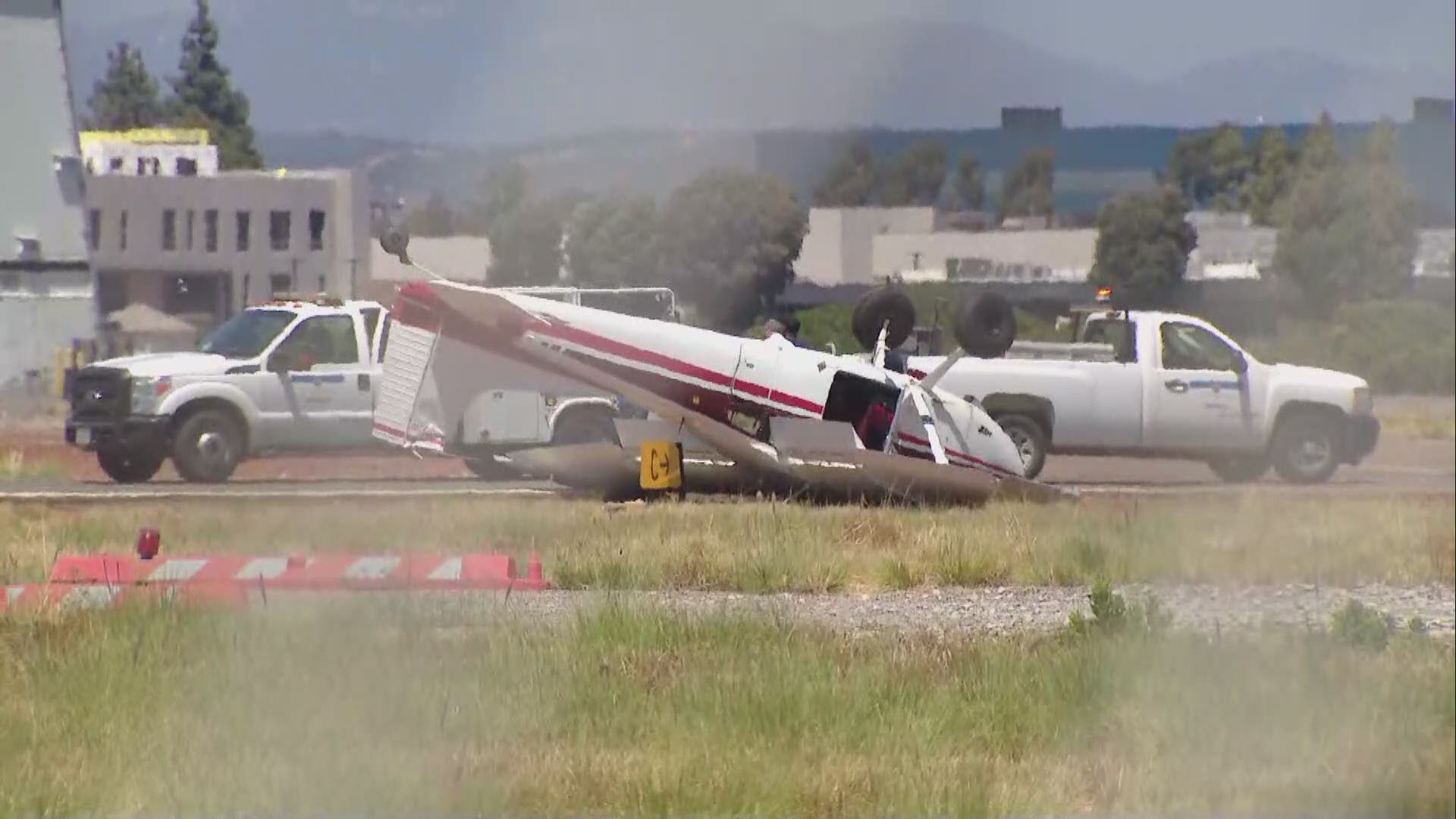 SAN DIEGO — Crews responded to a plane crash Thursday at Mongtombery-Gibbs Executive Airport also known as Montogomery Field in the Kearny Mesa area of San Diego but were released from the scene a short time later, according to the San Diego Fire-Rescue Department. The light plane was flown by a private pilot who was trying to land the aircraft when it somersaulted onto its roof, authorities said.

The crash of the single-engine Cessna 185 was reported at the airport located at 3750 John. J. Montgomery Drive just after 1:30, according to the Federal Aviation Administration. Fire crews arrived a few minutes later. A single fire engine remained at the scene until about 2 p.m. as a precaution, according to SDFRD public affairs.

The pilot and sole occupant of the airplane was unhurt, SDFD reported.

The cause of the accident remains under investigation. The 48-year-old fixed-wing airplane is registered to an Alaska man, FAA records state. Details on the accident were not immediately available.