The emergency landing will be investigated by the Federal Aviation Administration and the National Transportation Safety Board. 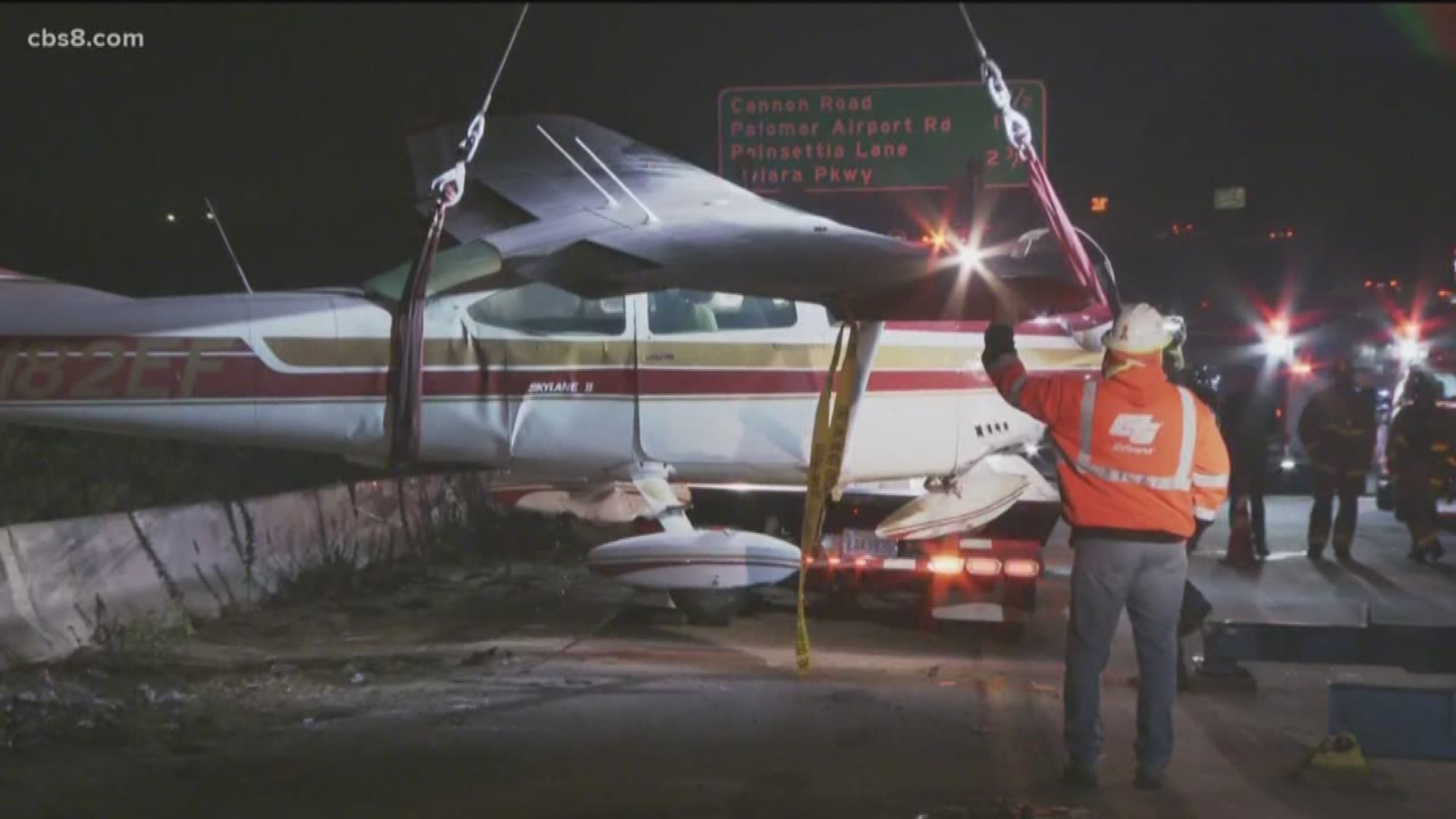 SAN DIEGO — Editor’s note: A previous version of this story reported that two men were on board the plane when it made an emergency landing. However, authorities have confirmed that there was a man and woman on board the plane. The story below now reflects the updated information.

Traffic was flowing in all lanes Friday morning on southbound Interstate 5 in Carlsbad after a single-engine Cessna made an emergency landing on the freeway.

No one was injured and no vehicles were hit when the emergency landing took place around 7 p.m. Thursday, just south of Tamarack Avenue, according to the California Highway Patrol.

The plane was taken to the McClellan-Palomar Airport early Friday morning after being stuck on the I-5 for several hours. A tow company had to lift the plane to put it on a flatbed so they could carry it away. It was taken on the I-5 going southbound along Palomar Airport Road, where crews drove it into the airport.

The airplane, a Cessna 182 flying from El Monte to Carlsbad, experienced engine failure and the 58-year-old Covina man flying the aircraft was forced to land on the freeway, CHP Officer Mark Latulippe said.

Upon landing within the far left lane and the center divide, the front landing gear gave out and the nose of the plane contacted the concrete lanes as the plane veered to the left and slid to a stop, Latulippe said.

The pilot and a 58-year-old female passenger in the plane were uninjured, the officer said.

"[The] single-engine Cessna was having problems and they had smoke filing up the cockpit," said authorities. 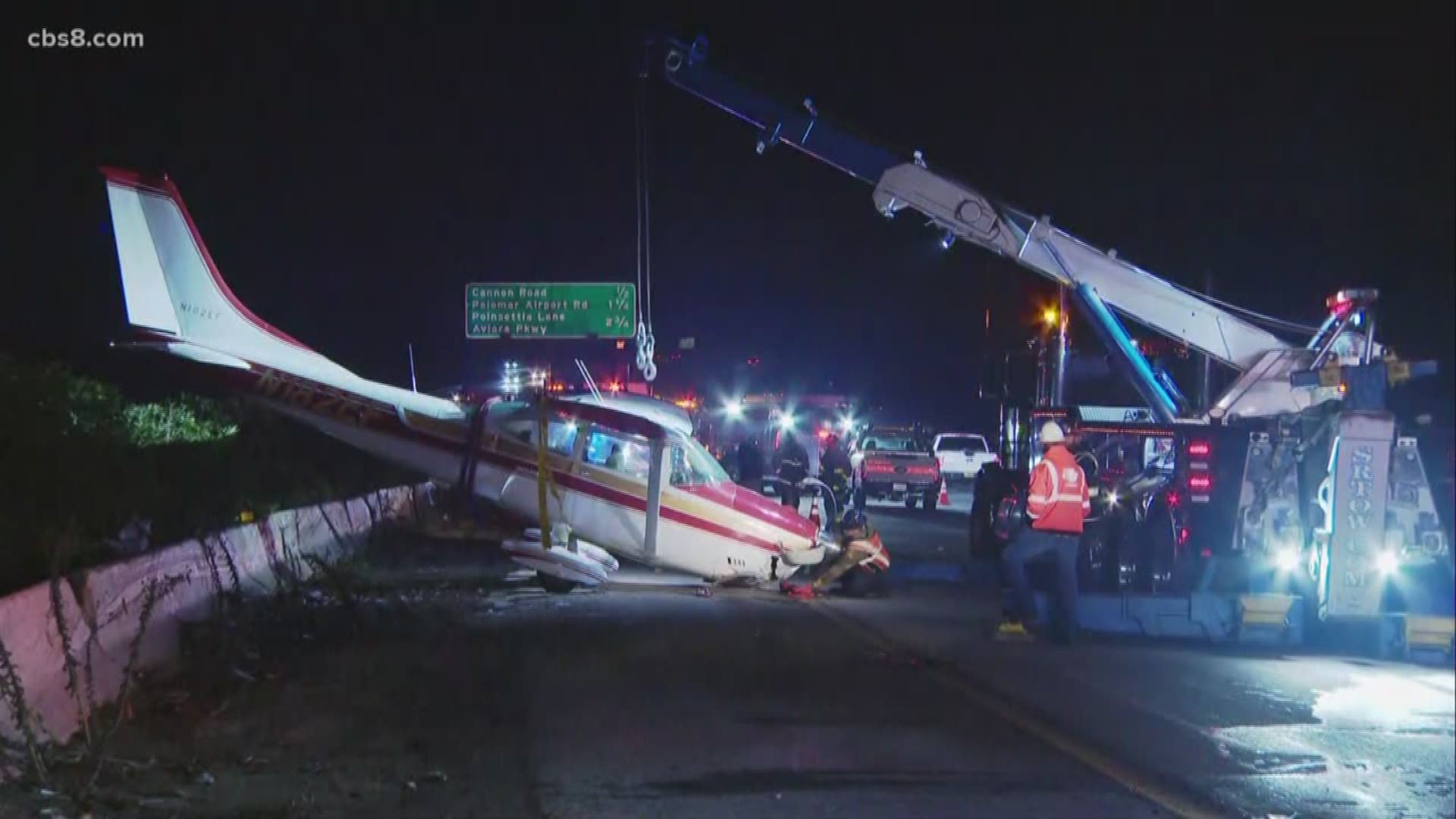 The pilot landed the aircraft after reporting smoke in the cockpit.

“I believe the pilot in my opinion is very skilled. It takes a lot of courage to land a plane on the freeway,” said Carlsbad Division Fire Chief, Mike Lopez. According to Lopez, it could have been hydraulic fluid.

The incident prompted the CHP to shut down all southbound lanes near Tamarack Avenue. The agency reopened the number 3 and 4 lanes around 7:45 p.m. Caltrans tweeted around midnight that all lanes were reopened.

Small aircraft pilots say that when problem arises in the air, they are trained it to turn their small planes into gliders and look for the nearest freeway or open field to make an emergency landing. Since they fly a lot slower and lower than commercial planes that’s exactly what the pilot in this case did. He was able to land going with the flow of traffic, not hitting anyone.

The plane is registered to a Viola LLC out of Covina. The emergency landing will be investigated by the Federal Aviation Administration and the National Transportation Safety Board.

The FAA is currently investigating.

Plane lands on I-5 in Carlsbad