The pilot made an emergency landing on the freeway clipping several cars and causing minor injuries. 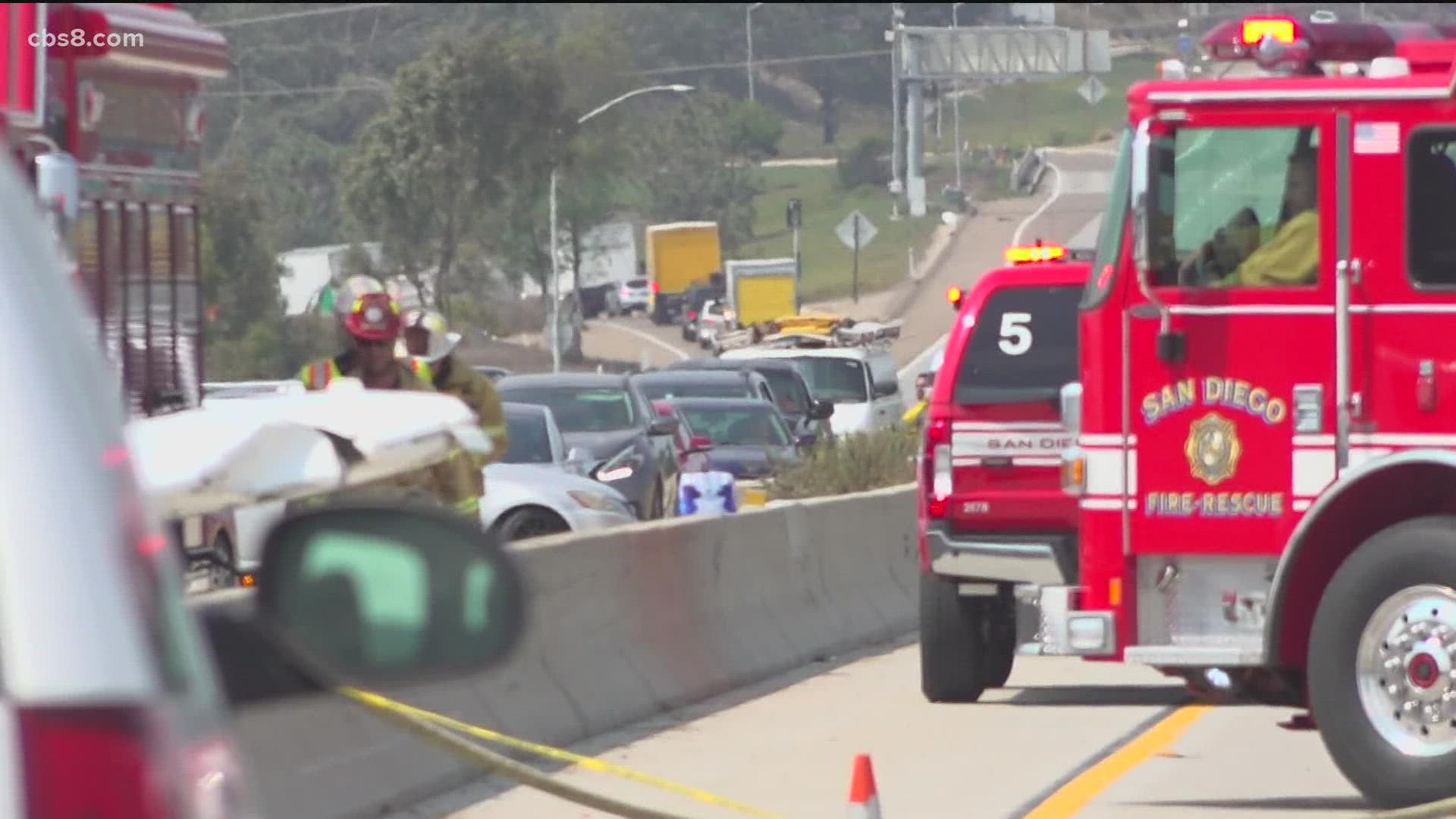 The pilot of a light plane made an emergency landing Tuesday on Interstate 5 near the Del Mar Fairgrounds, injuring several occupants of vehicles on the ground and forcing a closure of a stretch of the freeway on both sides as the plane hung over the center median.

The pilot tried to land the single-engine Piper PA-32 in a nearby field but couldn't and touched down on the southbound side of the freeway, south of Via de la Valle in the North City area shortly after noon, according to the California Highway Patrol and Federal Aviation Administration.

The aircraft "clipped" several vehicles before rolling to a stop against a center-divider wall, said Jose Ysea, a spokesman for the San Diego Fire-Rescue Department.

The plane was removed around 4p.m. CHP says several occupants of the damaged cars were transported to a hospital for treatment of apparently minor injuries, including superficial cuts from shattered glass. There were no immediate reports of injuries to anyone else.

CHP says shortly after taking off from Montgomery Field the pilot and passenger noticed the plane was having mechanical problems.

"He tried to land the plane in a nearby field but was unable to and landed in south bound lanes of Interstate 5," said Salvador Castro, CHP.

Dane and Sarah Tribett were visiting from Austin for their anniversary when they were hit by the plane.

"I was just like what the heck what happened and I looked over to make sure he was ok," said Tribett.

CHP says the pilot and the passenger walked away from the crash unharmed. They declined to comment to News 8.

Credit: Photo courtesy: Bruce Patch
The pilot of a light airplane made an apparently non-injury emergency landing on Aug. 24, on Interstate 5 near the Del Mar Fairgrounds. Authorities shut down the southbound side of the freeway, causing backed up traffic.

Authorities shut down the southbound side of the freeway due to the emergency. Jet fuel spilled and the freeway will be closed for hours.

All southbound lanes of the freeway in the area and part of the northbound side remained blocked off into the mid-afternoon due to the emergency. The closures were expected to last into late-afternoon rush hour, Caltrans advised.

FlightRadar shows a small plane, with a private owner, matching the tail number took off from Montgomery and landed on Interstate 5 shortly after 12 p.m.

Video images from the scene showed that one of the vehicles struck by the plane, a white sedan, sustained a shattered rear window in the impact, and another, an SUV, was left with a torn-off piece of the aircraft protruding from its back end. The crash-landing left most of the right wing of the airplane sheared off.

Credit: KFMB
Part of the aircraft stuck in a vehicle on Interstate 5 in Solana Beach

Another car had the back window of their rental car smashed during the landing. The individual in the car said that the items in the car seemed to have jet fuel on them.

Tribett says fortunately no one was seriously injured.

"I feel like angels were definitely watching over us today and we felt really blessed and grateful," said Tribett.

WATCH: Crews work to remove the plane from the freeway