A shield that saved two SDPD officers' lives during a raid last year was donated by the San Diego Police Foundation. 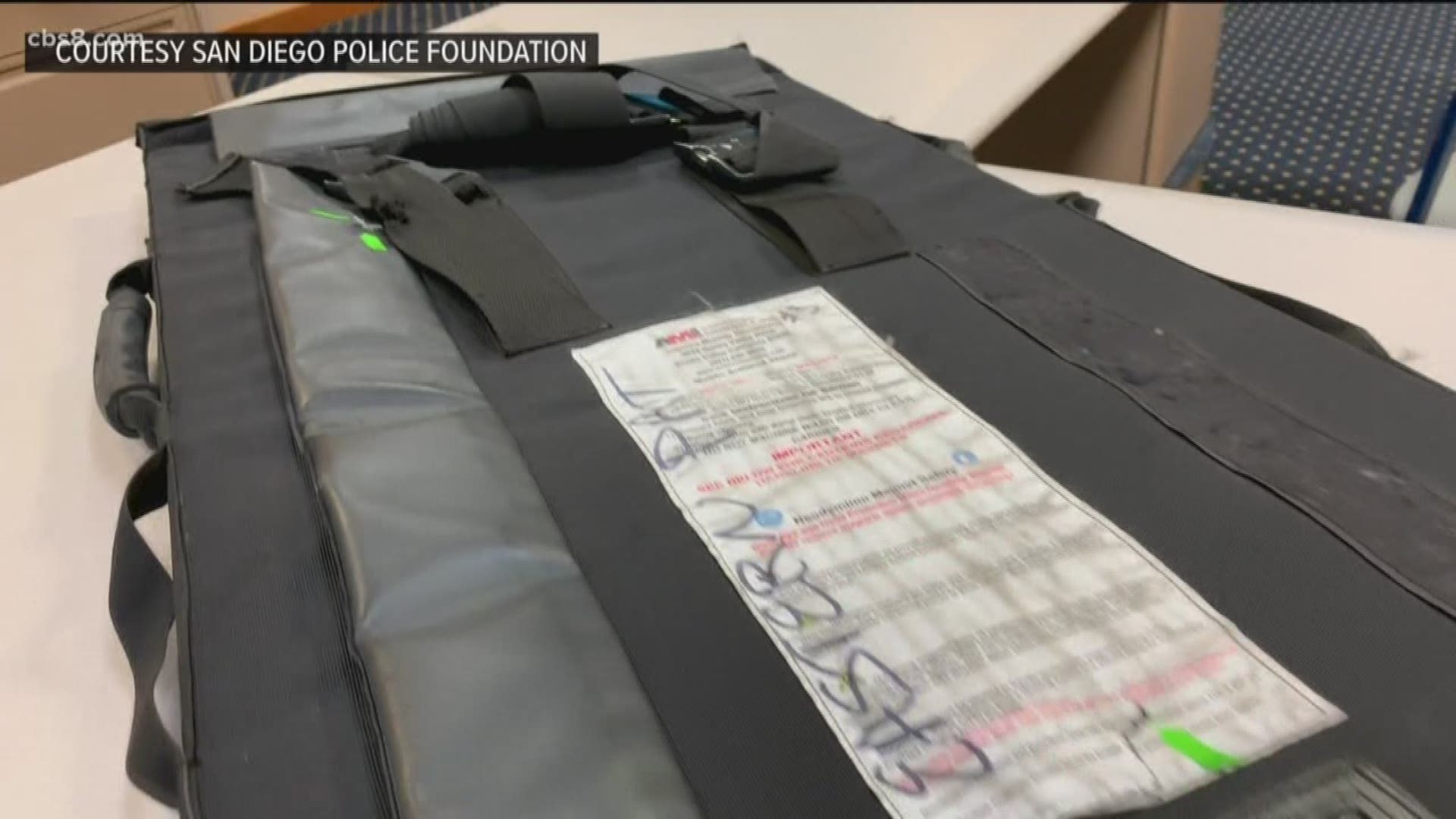 A heart stopping video showing San Diego police taking heavy fire during an operation last year was made public recently, and many were surprised to learn that a crucial piece of life-saving equipment was used during the raid was not city issued.

Video footage shows San Diego police officer Danny Bihum being shot while responding to a call in Rolando last June while officer Francisco Roman heroically pulled him away for the doorway. The two became trapped at the end of a hallway.

During that raid, officers requested over the air that the next unit arriving on scene grab the shield and grab a rifle so they could level the playing field and win the fight.

Officer Francisco said the shield saved their lives that day.

On a closer look, the shield took multiple rounds, but surprisingly the shield was not purchased with city funds. It was donated through the San Diego Police Foundation.

Kristen Amacone said after salaries, they city’s money is needed for day to day expenses like gas and food for police dogs. As director of education and technology for the San Diego Police Foundation, she also knows the city moves slowly with its budgets – meaning getting new state of the art equipment can take years.

Amacone said she is proud to say that public donations to the foundation saves officers lives.