Thousands of boats took to the water Sunday in San Diego in support of the president. 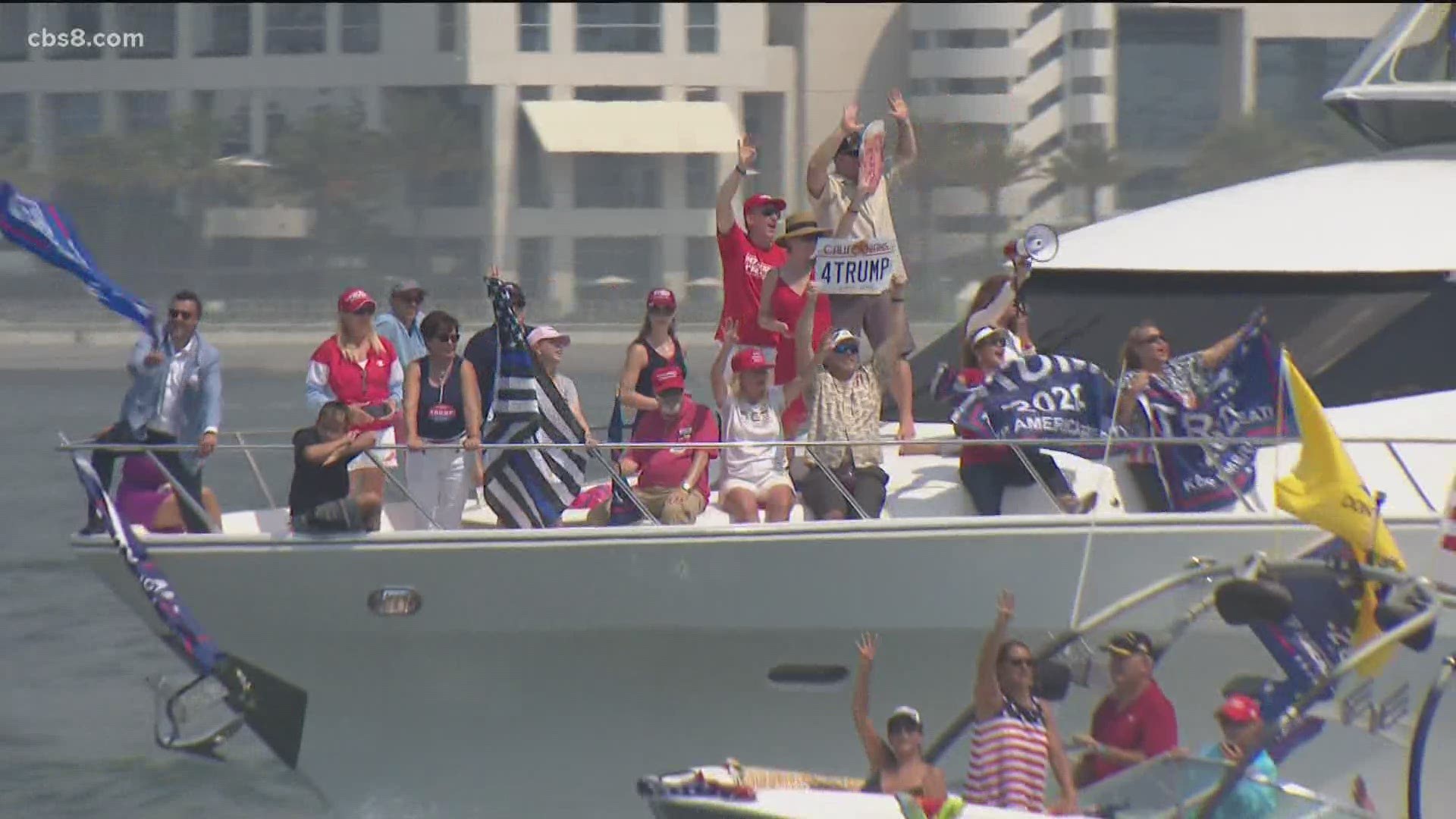 Thousands of boats took to the water Sunday in San Diego in support of the president. Many were decked out in Trump 2020 flags and red, white and blue.

San Diego Harbor Police and San Diego police said they did not encounter any issues during the parade and did not respond to any counter protests.

The San Diego event began at 11:30 a.m. when the boats lined up, the national anthem was then played at noon, and a skydiver with an American flag did a jump at 12:10 p.m. to kick things off.

Attendees to the free event were invited to jump aboard a boat to show their support for the president or fly flags on Harbor Island.

Trump boat parades were held throughout the country over Labor Day weekend. In Texas, several small crafts sank during one due to choppy water conditions.