Quarantines at 2 LA universities amid US measles outbreak

The University of California, Los Angeles, said that as of Wednesday there were 119 students and 8 faculty members under quarantine. 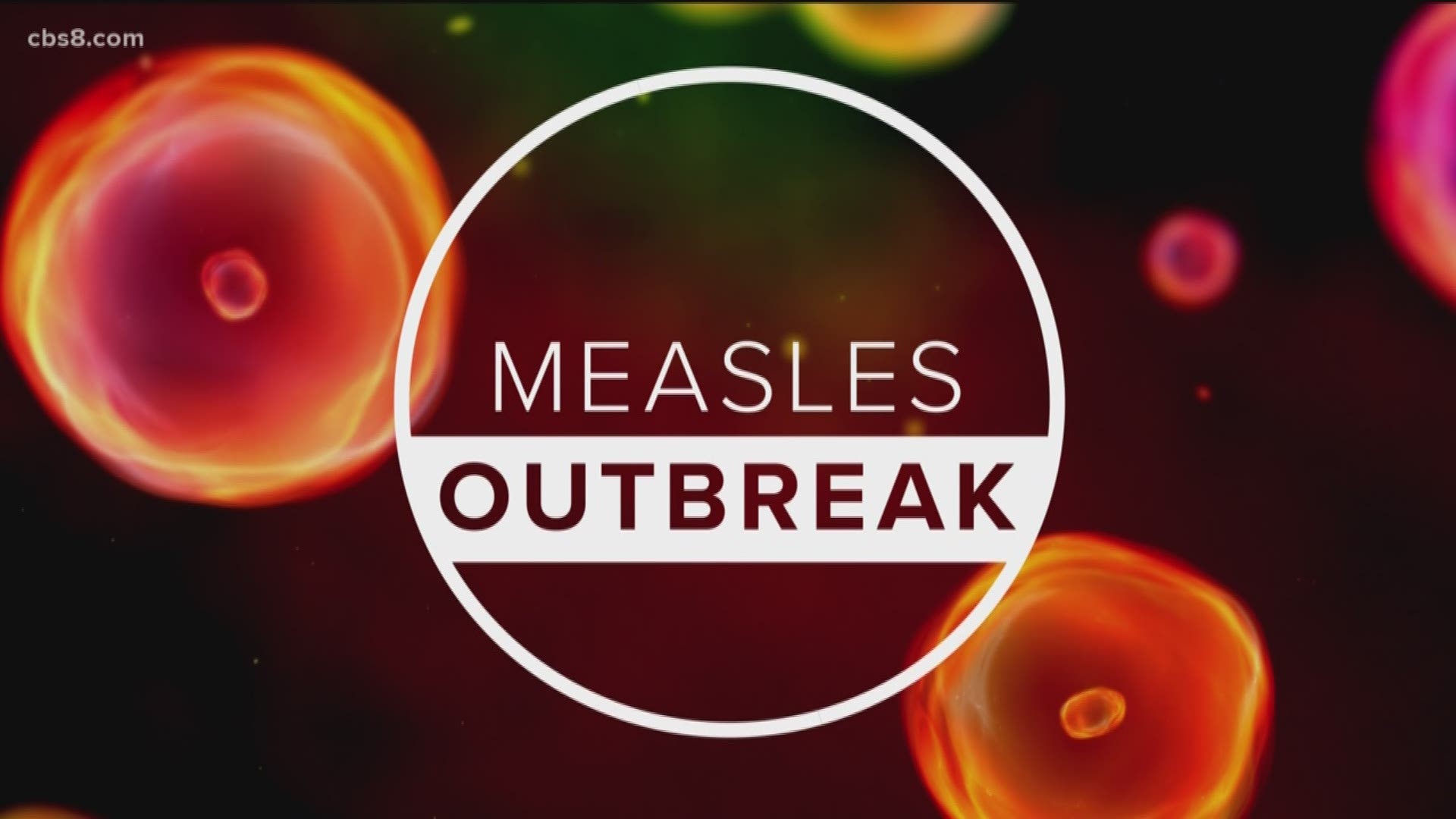 LOS ANGELES (AP) — More than 200 students and staff at two Los Angeles universities have been placed under quarantine because they may have been exposed to measles and either have not been vaccinated or cannot verify that they are immune, officials said Thursday.

The order issued late Wednesday in connection with the University of California, Los Angeles, and California State University, Los Angeles, requires that affected people stay home, avoid contact with others and notify authorities if they develop measles symptoms. Los Angeles County public health officials issued quarantines of 24 to 48 hours until proof of immunity is established, according to a statement from UCLA. Some people may need to be quarantined for up to a week.

"Please be assured that we have the resources we need for prevention and treatment, and that we are working very closely with local public health officials on the matter," UCLA Chancellor Gene Block in the statement.

Measles in the United States has climbed to its highest level in 25 years, closing in on 700 cases this year in a resurgence largely attributed to misinformation that is turning parents against vaccines. Roughly three-quarters of this year's illnesses have been in New York state.

A UCLA student who was diagnosed with measles possibly exposed 500 people on campus to measles in early April, according to a statement from the school.

As of Thursday afternoon, 79 of those students and faculty members had not provided medical records showing that they are immune to measles, the university said.

Meanwhile at Cal State, a person infected with measles visited a library and possibly encountered hundreds of employees, some of whom were students. A total of 156 of them could not provide their immunization records as of Thursday afternoon, according to a statement from the Cal State.

Health officials determined that there is "no known current risk related to measles at the library at this time," Cal State said in its statement.

The orders come as a small outbreak of measles occurs in Los Angeles County involving five confirmed cases linked to overseas travel. The state recorded 38 measles cases as of Thursday; there were 11 around the same time last year, said Dr. Karen Smith, director of the California Department of Public Health.

The state typically sees fewer than two dozen cases a year, she said.

This year, California's cases stretch across 11 counties and affect patients from 5 months old to 55.

More than 76% of patients were not vaccinated or did not receive the recommended two doses of vaccine, Smith said. Fourteen of those infected had traveled overseas to countries including Philippines, Thailand, India and Ukraine.

Measles in most people causes fever, runny nose, cough and a rash all over the body. However, a small fraction of those infected can suffer complications such as pneumonia and a dangerous swelling of the brain.

The Centers for Disease Control and Prevention recommends the vaccine for everyone over a year old, except for people who had the disease as children. Those who have had measles are immune.

The vaccine, which became available in the 1960s, is considered safe and effective, and because of it, measles was declared all but eliminated in the U.S. in 2000.