Q&A: Why are migrant children sheltering at the San Diego Convention Center?

Below are answers to questions received by News 8 from viewers about the facility and children. 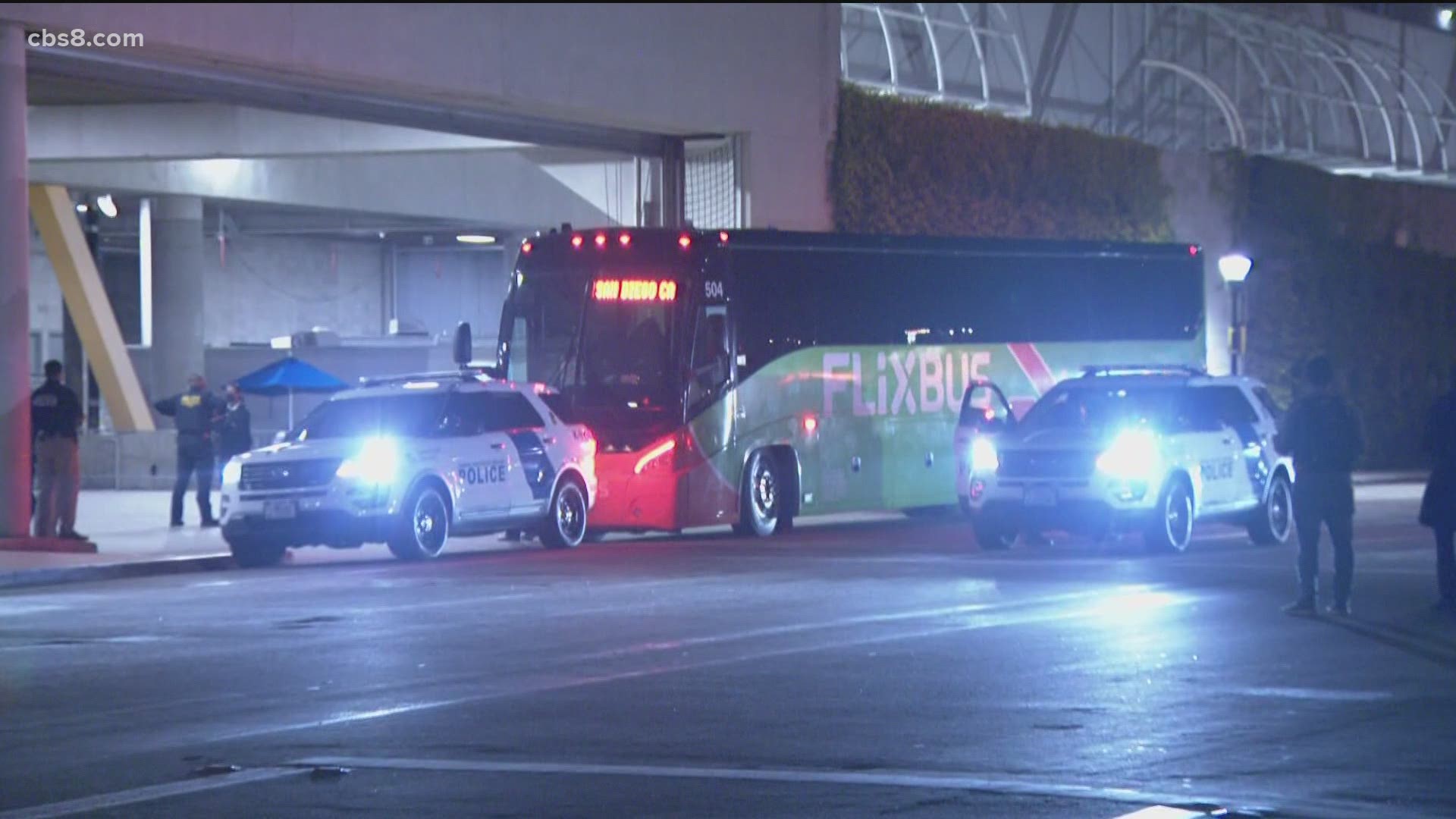 SAN DIEGO — About 500 girls spent their first night at the San Diego Convention Center, which opened Saturday night as a temporary shelter for unaccompanied children seeking asylum in the United States. The facility will operate as a “way station” where the children will stay until social workers can connect them with relatives or sponsors in the United States.

Below are answers to questions received by News 8 from viewers about the facility and children:

Why are the migrant children in San Diego?

Customs and Border Protection has seen a large increase of unaccompanied minors along the southwest border, especially in Texas. Border Patrol facilities are at capacity and were not designed for long-term stays. To alleviate overcrowding, the U.S. Dept. of Health and Human Services asked the City and County of San Diego if it would permit a shelter for the children.

The federal government flew in three planes full of children from Texas and bussed in other children from Arizona on Saturday night.

Why are the children unaccompanied? Where are their parents?

“There are parents making impossible choices, choices that you and I can't possibly imagine choosing to send a child into, but they're making those choices. All that we're saying is, that to the extent that that happens, that we are doing our part as human beings to make sure that those children as safe as possible,” said San Diego Mayor Todd Gloria.

While the U.S. is returning families to Mexico during the pandemic, the Biden Administration has permitted unaccompanied children to stay until their case is processed.

Will the children remain in the U.S. permanently? How long will they stay at the shelter?

The average child will stay for about a month at the shelter. During that time, social workers will try to confirm their identity and find relatives or sponsors in the U.S. where they can stay until their asylum cases are adjudicated. A judge must decide whether they can permanently stay in the U.S. or if they must return to their home countries.

Who is staying at the shelter?

The shelter is hosting girls aged 13 to 17. Many are from the Northern Triangle countries of Guatemala, Honduras and El Salvador. It has the capacity for 1,450 people.

Will children be allowed to leave the facility? Will I see them in the community?

Children are not permitted to leave the convention center unless they are going to their sponsor or relative’s residence.

“There's a lot of verification of identity that happens to ensure that they are being received by the proper person when they arrive. These are distant relatives, cousins, siblings, other family members. That's the ideal. Or they can find other or other permanent sponsors as well,” explained Peter Weldy, a Regional Administrator with the HHS’ Administration for Children and Families, who will serve as the site coordinator.

How long will the shelter operate?

What precautions are being taken for COVID-19 or other health concerns?

The girls are tested before arriving in San Diego and will be tested every three days, according to HHS. Rady Children’s Hospital will provide other medical care.

Will schooling be provided?

Who is paying for this?

HHS is funding the shelter.

Who is running the shelter?

HHS is the federal agency in charge. SBCS (previously known as South Bay Community Services) is the lead nonprofit that works with several other organizations that are assisting.

Can I donate to the shelter?

The shelter is fully funded and supplied by HHS. SBCS is accepting monetary donations for the girls after they leave the shelter through its online donation portal. It requests donors specify they want their money used for this purpose.

What happened to Operation Shelter to Home?

Operation Shelter to Home provided temporary shelter to people experiencing homelessness during the pandemic. Nearly 1,300 people and 43 families were placed in permanent or longer-term housing. About 600 people went to city shelters, including Golden Hall. Others went to various non-profit homeless shelters throughout the community.

It was previously scheduled to close on March 22, prior to HHS requesting assistance from San Diego.