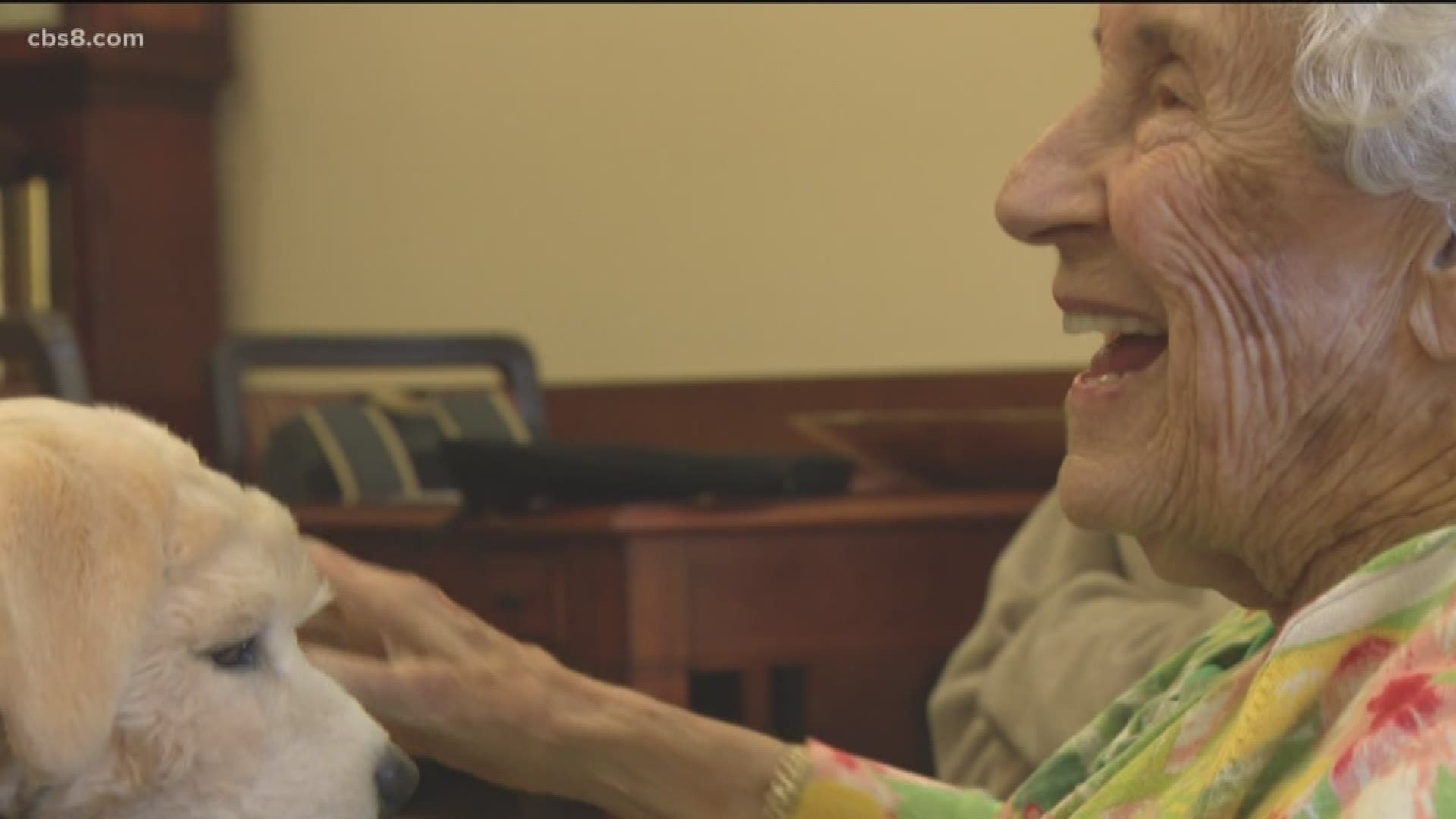 SAN DIEGO — Nearly 50 million people live with dementia, and studies have shown that pets can reduce some of the side-effects like anxiety and agitation.

On Thursday, a robotic dog by Tombot Creation was tested out by a group of seniors in Chula Vista. Residents from St. Paul’s Plaza met Jenny – a robotic dog.

St. Paul’s residents were used to interacting with therapy dogs, but not like Jenny. They were told she was not real.

Jenny is a robotic emotional support animal designed for people with dementia or others who may not be able to care for a living animal.

Jenny is the brain child of Tom Stevens, whose expertise is in technology. His motivation behind Jenny had little to do with Tom’s career rather his life at home.

“My mother was diagnosed with Alzheimer’s in 2011. Of the many bad days, we had, the worst was the day I had to take way her dog,” he said.

Studies show the behavioral and psychological symptoms of Alzheimer’s can be reduced by having emotional attachment.

The battery-operated Lab reacts to touch, can wag its tail and even bark on command.

Tom’s Santa Clarita based venture Tombot worked with Jim Henson’s creature shop – the company behind the Muppets and Sesame Street to get the design just right.

“There are seven motors in her neck alone, which give her the ability to not only have a great range of motion, but also expressiveness with fine gestures,” said Tom.

At this point, Jenny is just a prototype with a public launch for next week. Retail price will be $449.