Communities are still reeling following the deadly shooting of 8 people at three Atlanta-area businesses, where the majority of the victims were Asian women. 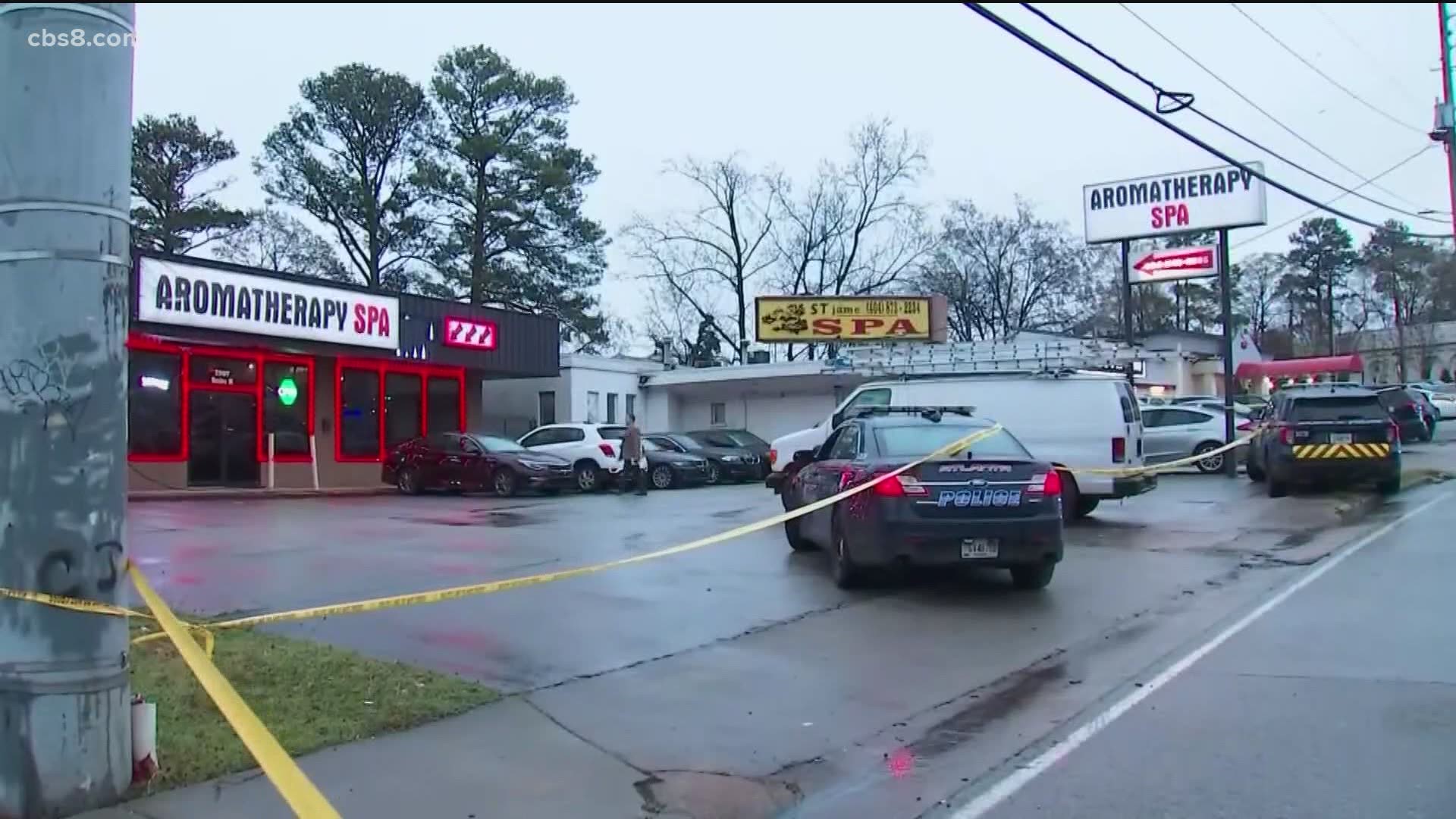 SAN DIEGO — Some members of the Asian American Pacific Islander community say the details of the deadly shooting are horrific and heartbreaking and more awareness and dialogue needs to happen to prevent future acts of violence.

Kent Lee, the executive director for the Pacific Arts Movement and co-chair for the San Diego API Coalition says the utter violence and the bloodshed we saw was just appalling.

“It’s a horrific tragedy, as the Mayor of San Diego, I want to offer our city's condolences and thoughts and prayers of those impacted,” San Diego Mayor Todd Gloria said.

Many are speaking out against the deadly shooting in the Atlanta area, where 21-year-old Robert Aaron Long is accused of shooting and killing eight people at three different businesses: Young’s Asian Massage Parlor, Aromatherapy Spa and Gold Spa.

Seven of the victims were women; six were identified as Asian, and at least four were of Korean descent.

"It was just heartbreaking, I think for an Asian American Pacific Islander community that has faced a lot in terms of racism and xenophobia within the last year,” Lee said.

Investigators say Long told them the shooting was not motivated by race.

"He claims it was not racially motivated. He apparently has an issue with what he claims to be a sex addiction and sees these locations as a temptation for him that he wants to eliminate,” said Capt. Jay Baker of the Cherokee County Sheriff’s Office.

Vice President Kamala Harris said, “We're not yet clear about the motive, but I do want to say to our Asian American community that we stand with you and understand how this has frightened and shocked and outraged all people."

"In San Diego alone, in 2020, there were 42 different cases that had been reported to that national database,” Lee said.

Fields says just a few weeks ago, an 83-year-old woman named Rosario was attacked randomly as she was taking the trolley home. The API Initiative will host a "Stop the API Hate Summit" on Wednesday, April 7, with San Diego County District Attorney Summer Stephan.

As for increasing patrols in communities in San Diego, Mayor Todd Gloria says there are no known threats in our area.

"I am part Filipino myself, so this is personal, often we don’t talk about it and have been called the “Model Minorities” for our willingness to maybe be quiet, well this is not a time to be quiet as there are lives at stake and businesses that are being harmed,” Gloria said.

Mayor Gloria encourages the public to give input virtually.