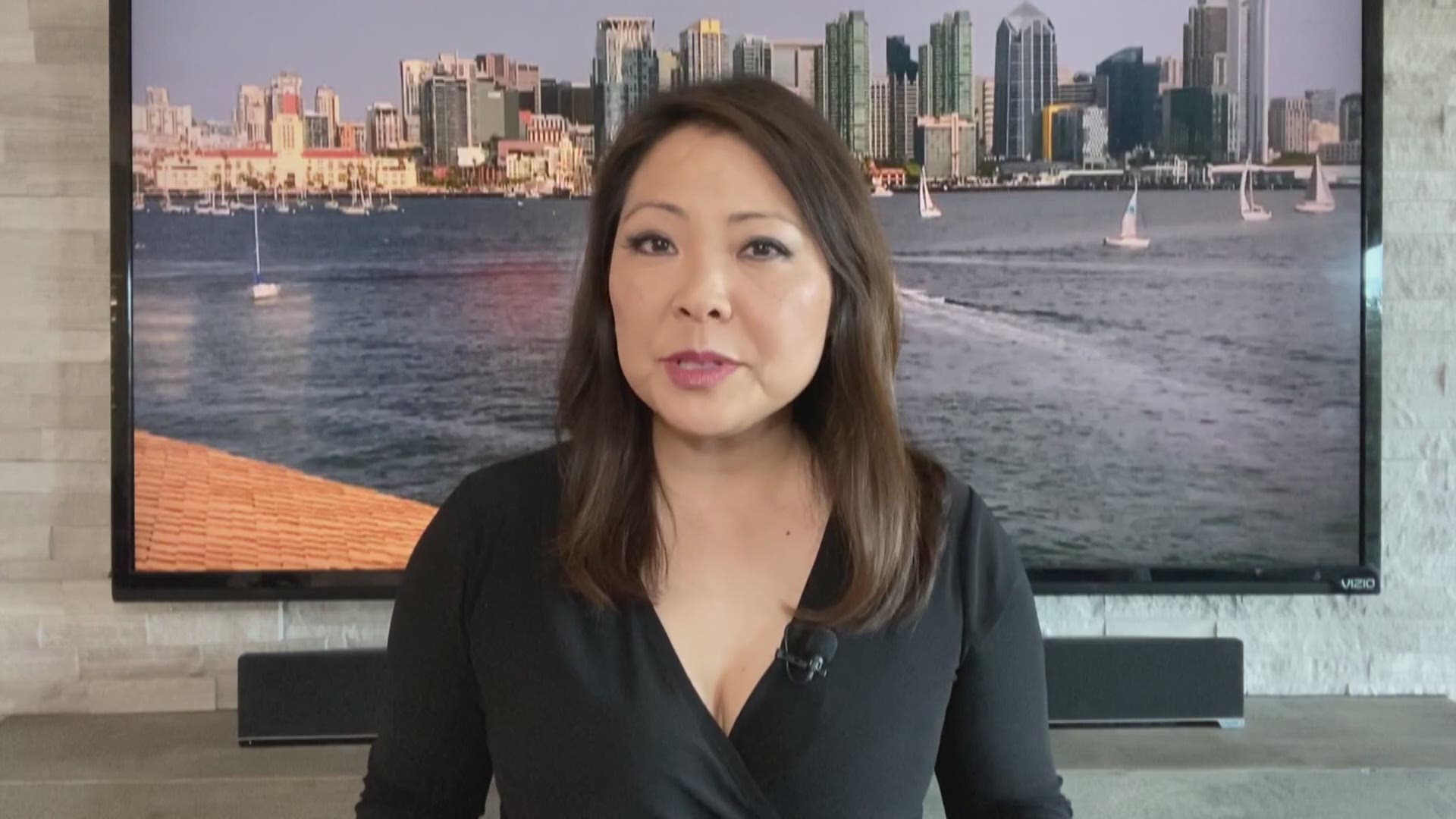 SAN DIEGO — The San Diego Asian Pacific Islander Coalition is collaborating with members of the San Diego City Council on a new resolution to address coronavirus-related hate crimes and discrimination.

"We were very shocked," Ami said. "For many of us, it was the first time we've had all of this racism targeted toward ourselves."

Since then, San Diego Asian Pacific Islanders said there have been more reports of discrimination.

"As of May 13, there were 28 incidents in San Diego County ranging from verbal harassment to threats of physical violence. These incidents were reported from March 19 to April 29, 2020," said Kandi Custodio, with the Asian Solidarity Collection.

May is Asian Pacific American Heritage Month, and this year coincides with a rise in COVID-19 related assault and racist incidents nationwide, with more than 2,000 documented so far.

"Let's remember, for each of these documented cases, we know that there are countless others that have not been reported," said Custodio.

She encouraged anyone who is a victim of discrimination to report the crime either on the Asian Pacific Policy and Planning Council's website at its Stop AAPI Hate Reporting Center, or locally on the Pacific Arts Movement website.

"Racism and xenophobia take place in many forms," said Kent Lee, Executive Director of the Pacific Arts Movement. "One of them is through microaggressions, which are subtle, indirect, and unintentional acts discriminating against others."

The San Diego API Coalition is also working with San Diego City Council President Georgette Gomez, and Councilmember Monica Montgomery on a resolution to be introduced to the full council for a vote next Tuesday.

The resolution proposes that the City of San Diego should document and report hate crimes through the Stop AAPI Hate reporting center as part of a national effort of combating anti-API discrimination.

"It doesn't just start and end with one community, it's all of us working together," said Jason Paguio, President and CEO of the Asian Business Association.

"I'm here to stand with you and to really push on real solutions that will actually address these hateful acts that are occurring," said Gomez.

"It is also an opportunity for us to bring them out, to root out the racism, to bring them up to the forefront so that we can address them as a community," said Montgomery.

Lee gave a special thanks to Supervisor Nathan Fletcher for helping spearhead the reestablishment of the County's Human Relations Commission and making sure the API community is represented.