The blood bank, which services Southern California, is running on a two-day supply of most blood types. 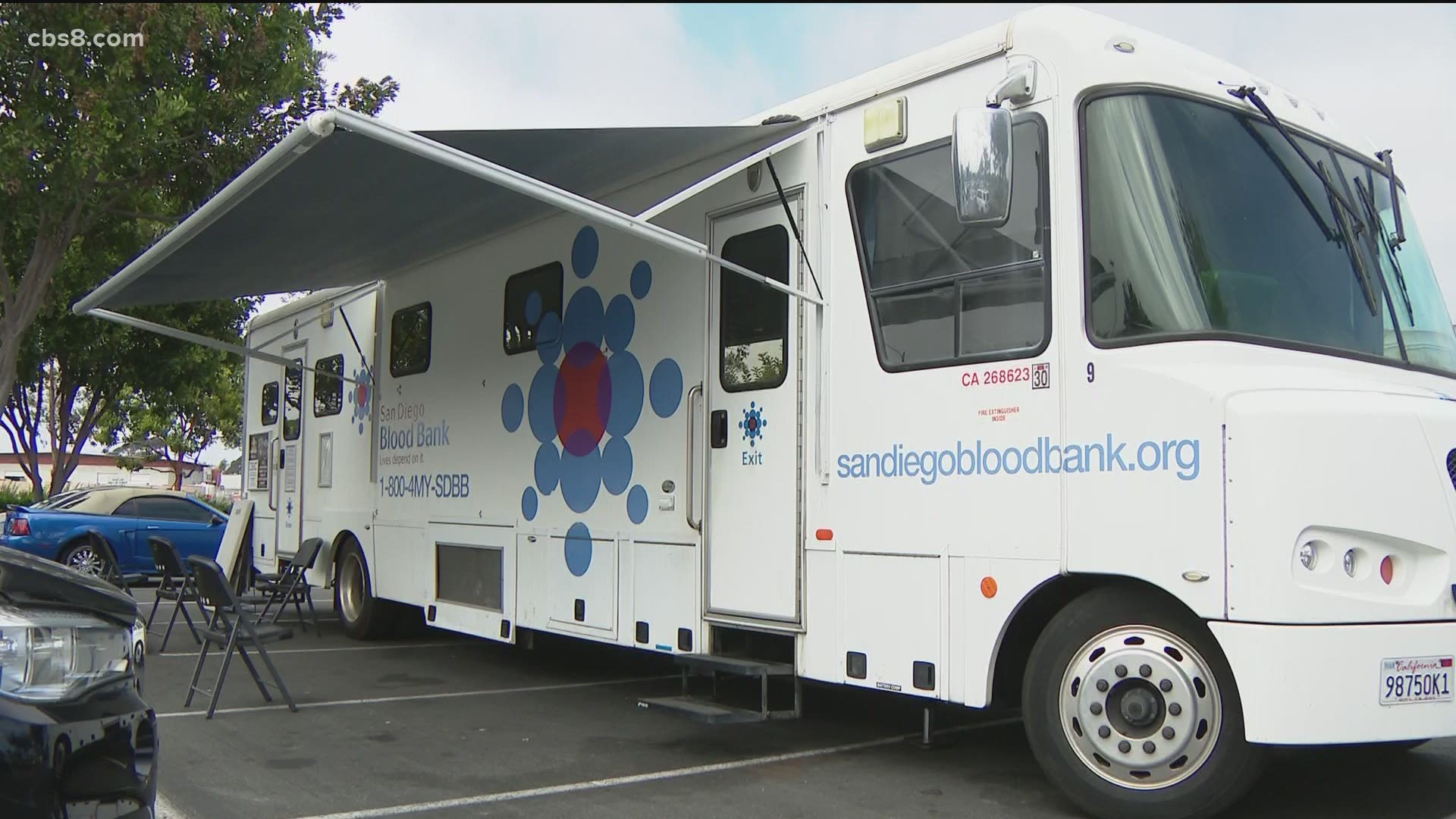 SAN DIEGO — The San Diego Blood Bank said it's in dire need of donations, as it operates on less than its usual seven-day supply of blood.

The blood bank attributes the shortage to COVID-19 cancellations and closures, an increased need in hospitals, and people simply missing their donation appointments.

As the pandemic swept through the nation, companies that usually hosted blood drives were forced to cancel, cutting down on opportunities to grow the blood supply. Van Gonka said as people got comfortable and found donating was still safe amid the pandemic, the shortage became less intense.

Now, with colleges who usually host drives out for summer, and supply and demand, the need is back.

"One blood donation that would typically take you maybe 30-45 minutes could save up to three people," Van Gonka said.

Half of all blood donations the San Diego Blood Bank gets come from people who go to mobile donation centers. That blood is then used to help hospitals as far north as Los Angeles, making this not just a San Diego need, but a Southern California one.

Wednesday, the San Diego Blood Bank and the San Diego Padres will be hosting their fifth annual blood drive together at Petco Park.

They are encouraging you to make an appointment to donate, but same-day appointments are available here.