The family of the victims has filed a lawsuit against the City of San Diego and the estate of YouTube star Trevor Heitmann. 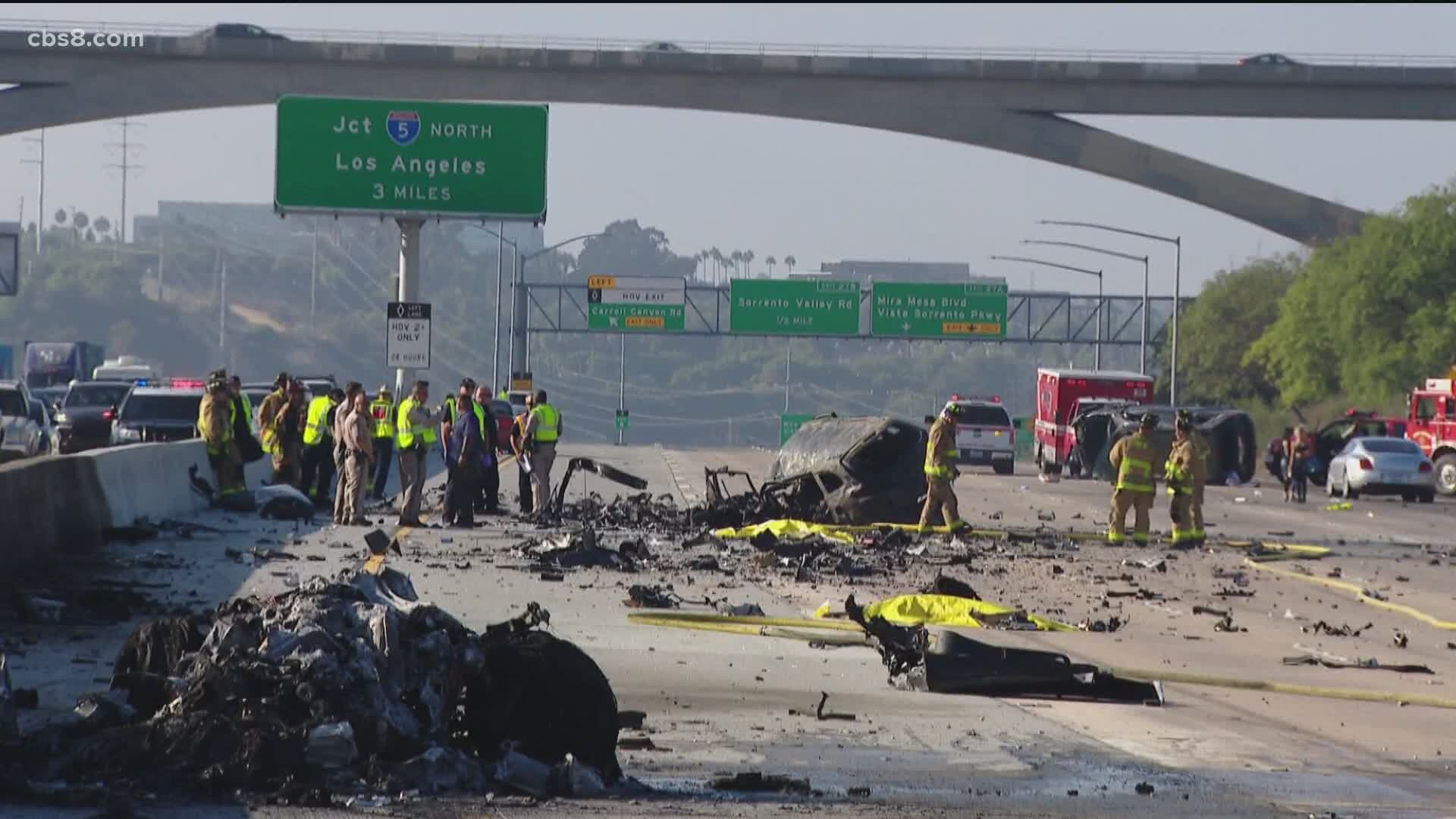 Newly released body camera footage and cell phone video gives a better picture of what happened before YouTube star Trevor Heitmann got behind the wheel of a high-speed sports car and killed two people in a fiery wrong-way crash along Interstate 805. Heitman was also killed in the crash.

The family of the victims, Aileen Pizarro and her daughter Aryana, is now suing the City of San Diego and the estate of the driver, accusing law enforcement of not doing enough to prevent the death of their loved ones.

The day of the crash, a family friend of the Heitmann's, who is also a psychiatrist, called 911 and told dispatchers to visit the Heitmann home.

"I'm calling to report an emergency. I believe there's an individual who is a danger to himself and to others," said the caller.

Listen to the call below:

Three San Diego police officers arrived at the 18-year-old's home while he was asleep upstairs. His parents asked the officers to help them get their son to a doctor. Heitmann's mother told them her son sent her a threatening text message and ordered her to leave their home. 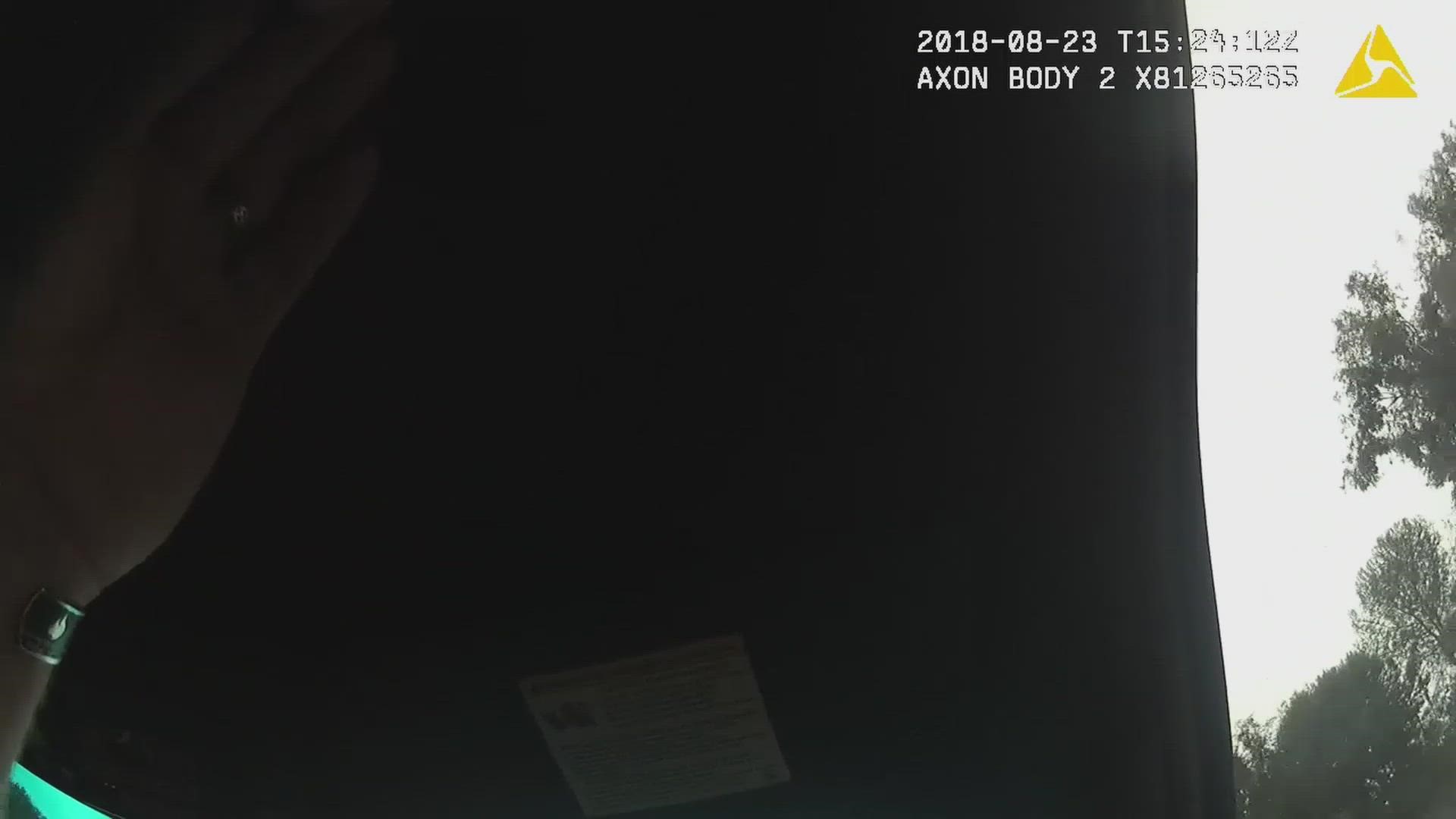 "He's never been diagnosed?" asked one of the officers.

"He needs to go to a doctor," she told them.

"Before you start ma'am, there's a criteria. He has to be gravely disabled, he has to have a credible threat against somebody... or harmful to his own self. There's only certain criteria we can take him under," said another officer.

"Downtown San Diego all the homeless laying around they're not even gravely disabled," he added.

Heitmann - a YouTube star who made millions online - owned a McLaren sports car, something officers seemed pretty impressed with.

"Who bought the car for him?" asked one officer.

"He bought it," said Heitmann's father.

"He bought a McLaren? At 18 years old?" asked an officer.

At one point, the psychiatrist family friend who called 911 - showed up and pleaded with officers.

"He has to be doing something violent. He has to be wanting to harm himself or harm someone else," said an officer.

Hours later, Trevor Heitmann left the house himself and rammed his McLaren into his father's vehicle to get out of the driveway.

Witnesses at a school in Carmel Valley captured cell phone video, seen below, of the car driving through a fence and speeding off. 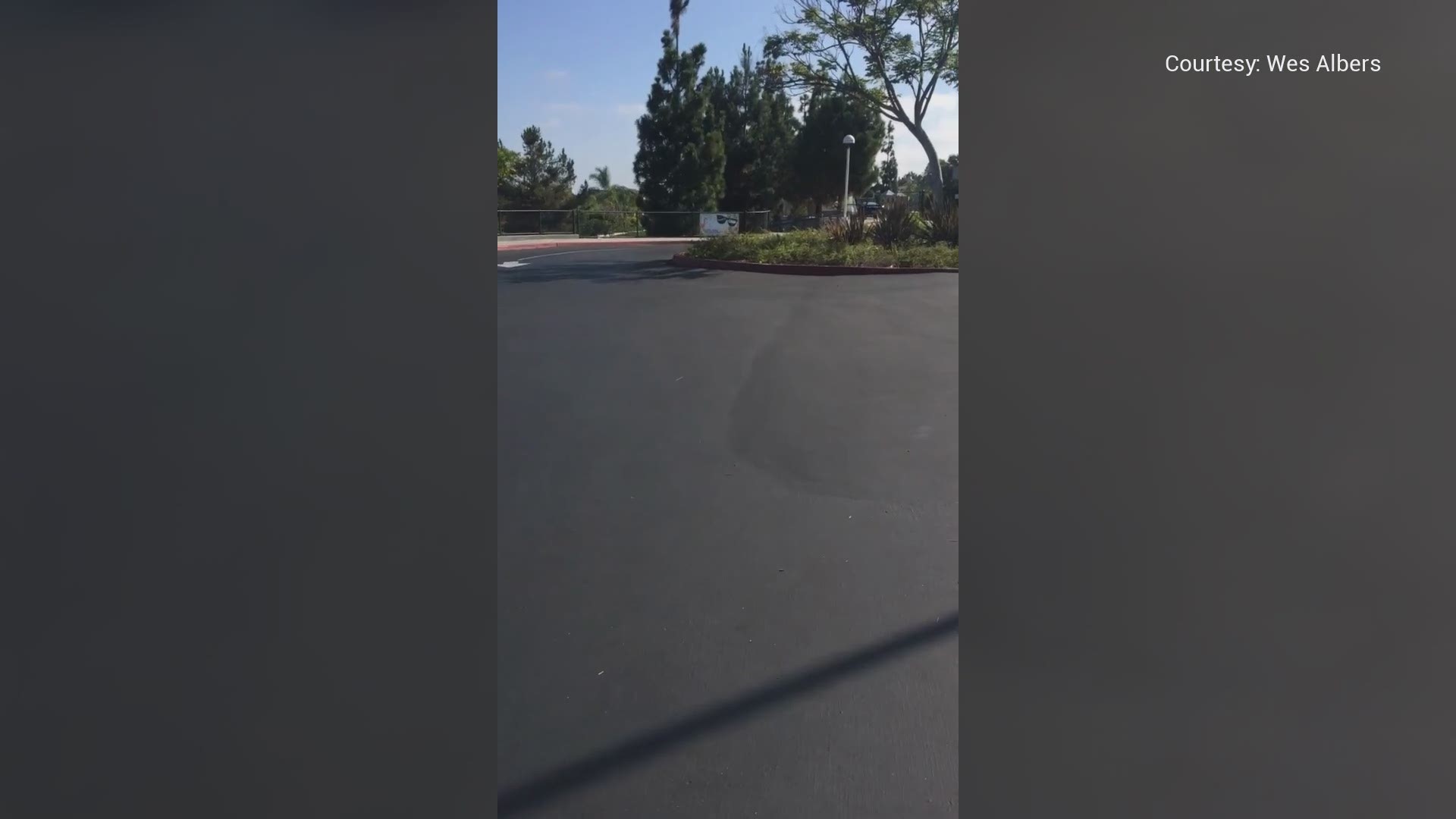 Heitmann then got on I-805 going the wrong direction and slammed head-on into 43-year-old Aileen Pizarro and her 12-year-old daughter Aryana - killing them.

Family attorney Cynthia Chihak said this wouldn't have happened if police had intervened in the first place.

"They're here to protect the public and in this situation, I don't understand why honestly they elected not to do anything," she said.

News 8 reached out to the San Diego Police Department for comment. The issued the following statement:

"The case is still pending litigation so we do not have a comment at this time. Thanks for your understanding."